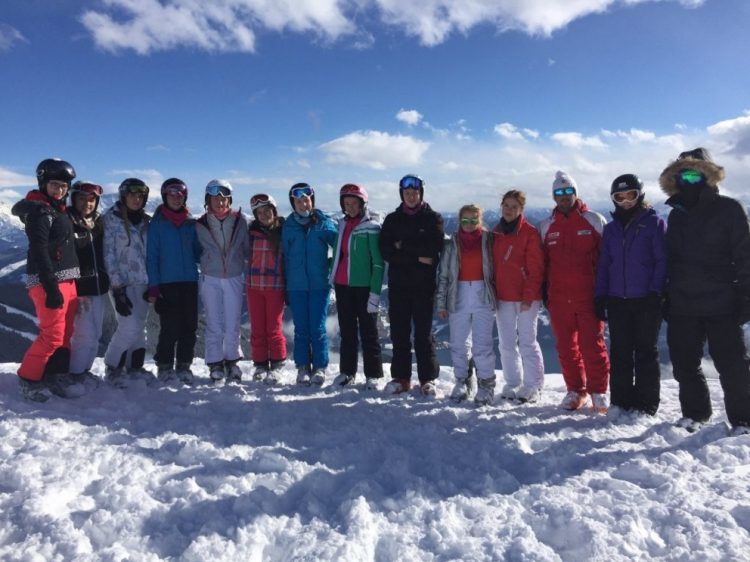 During February half-term, 55 students from Years 8-11 travelled to Zell am See in Austria for another successful Ski Trip. 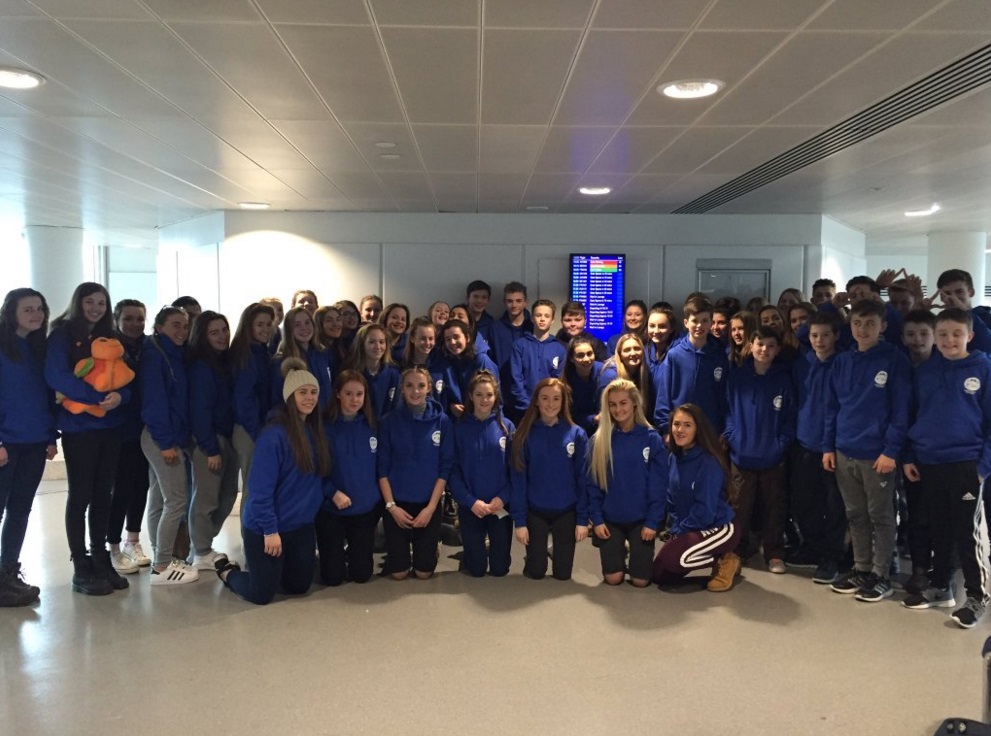 Students were separated into five groups with abilities varying from beginners to elite and all groups were fortunate to enjoy 4 hours of lessons on the slopes each day. The groups came together at lunch time where they had great fun exchanging stories about that morning’s events whilst enjoying a hot meal on the mountain. Tales of speeding down the slopes, falling, slipping and the inability to stop (we’re looking at you, Mr Appleton!) entertained everyone a great deal. 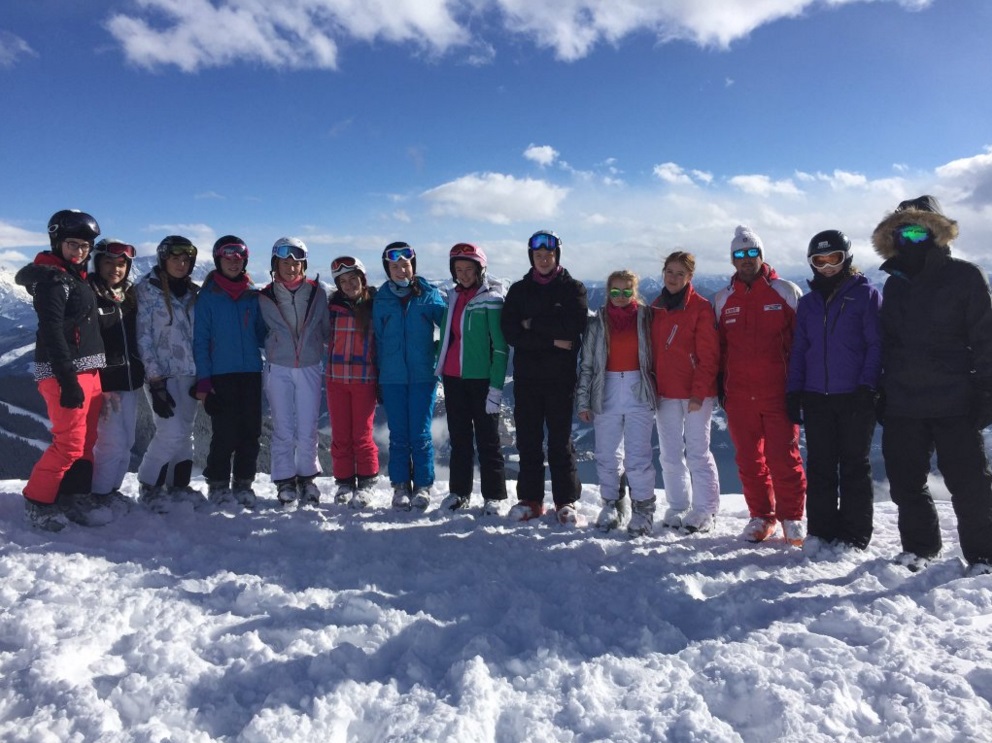 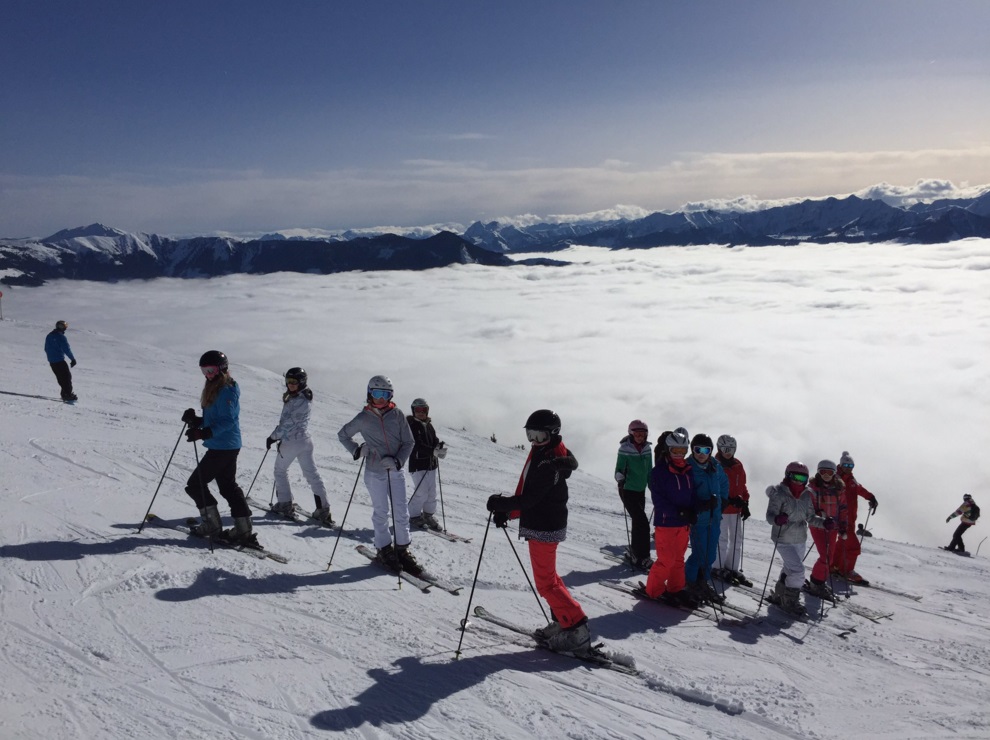 The hotel’s amazing facilities meant that the evenings were action packed. The indoor Sports Hall played host to numerous basketball and football tournaments (well done to the boys were the undefeated champions!) and there was also the opportunity to go trampolining or play beach volleyball. It’s fair to say everyone was eager to eat their evening meals – Pizza night and the BBQ were favourites!. Trips to the ice rink and a thermal spa were enjoyed by both students and by staff where the group discovered that Mrs Blizzard (‘The Wizard’)is a superb ice skater and also that Miss Furness can hold her breath for a really long time when she took part in a handstand competition in the thermal spa! 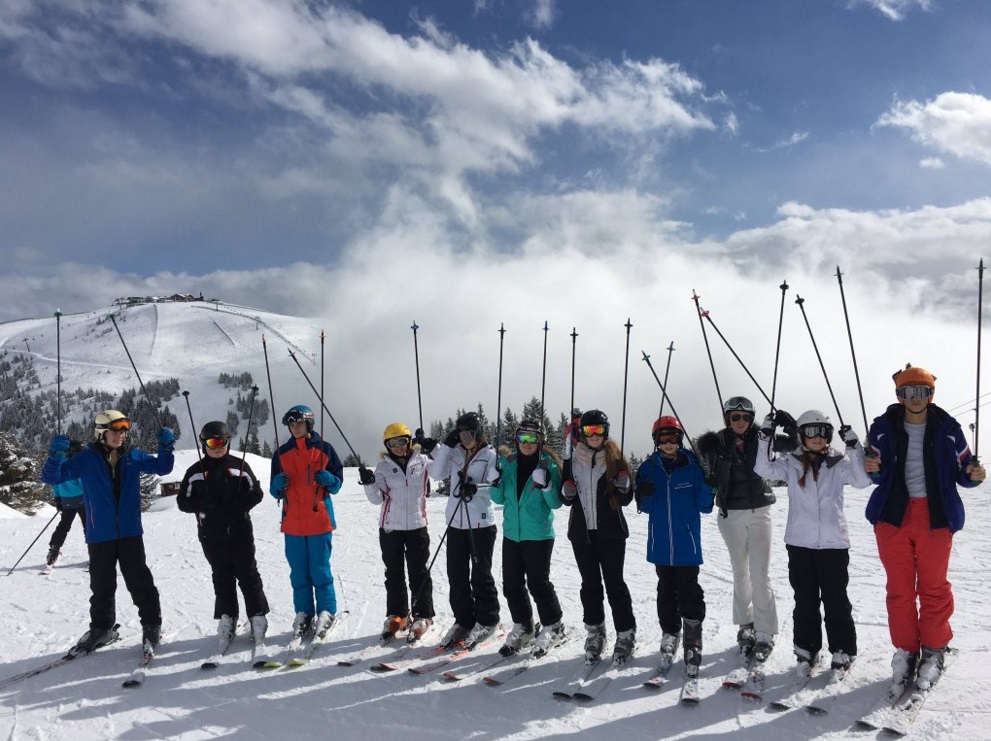 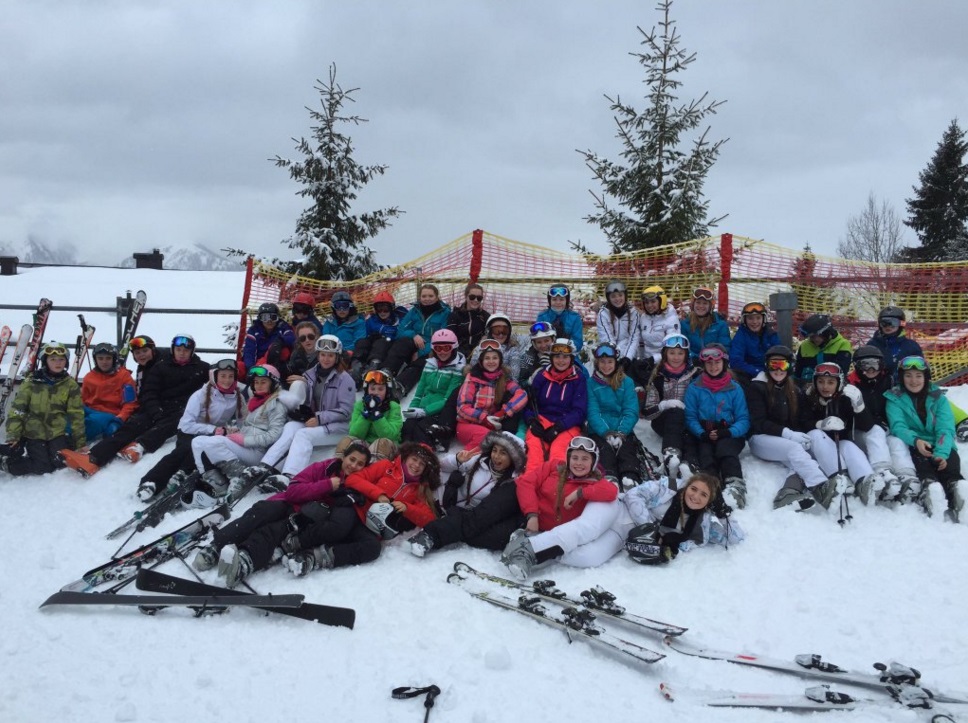 Every night over dinner the group voted to award the infamous Westholme ‘wally hat’, given to the student (or staff member) who had done something particularly silly on (or off) the slopes that day. The victor was honoured to wear the hat for 24 hours and had to attach an item to the hat; this year additions included beef jerky packets, an empty bottle, and a prize from a ‘Kinder Egg Uberashung’. People were often nominated for a funny fall, (whether it was on or off the slopes) and this year, there was also an unusual vote for unexplained yodelling in the corridor! Congratulations to all of this year’s winners, who carried off the hat with style: Katie Redman, Frankie Yarker, Owen Greenwood-Dawson, Mr Appleton, Thomas Duckworth and Hannah Moodie. 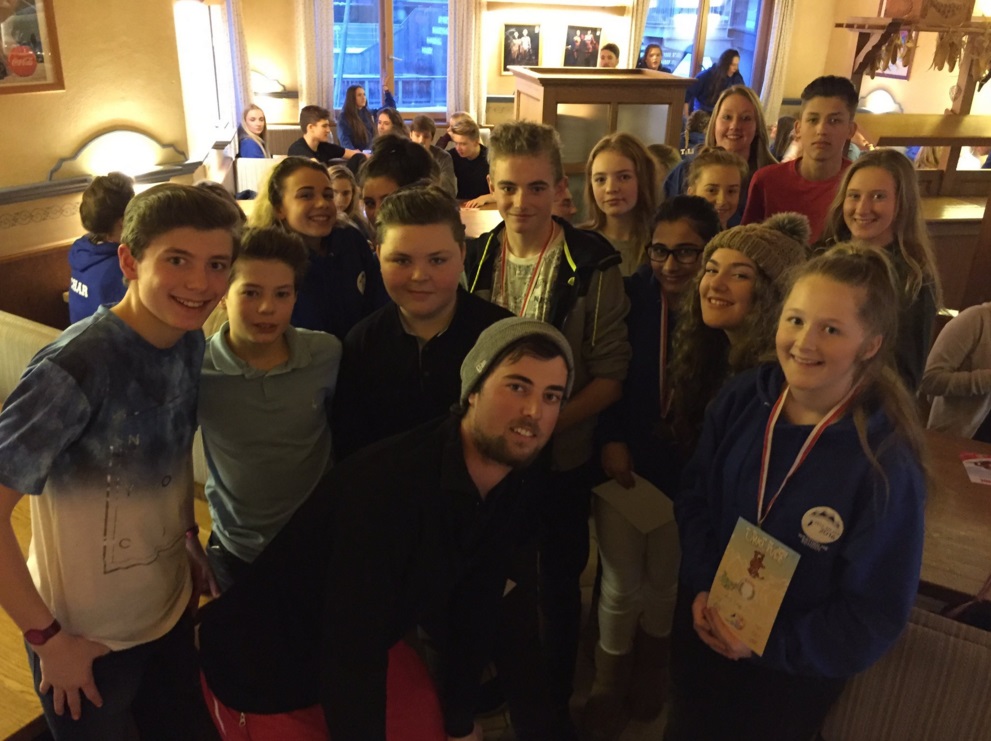 Another evening also saw the return of the ‘Miss/Mr Westholme’ competition, where groups dress one ‘willing’ volunteer up in the most ridiculous outfit possible and write a poem or song to describe that person. Well done to all of the competitors for their dancing, great make up and good sportsmanship. Despite a convincing staff entry complete with rap, the winner was Joshua Dodding and his group who played the Ukulele to accompany their tune. A great disco on the final night rounded the week off perfectly – we even won an impromptu Dance-Off Competition against another school! The final day was spent exploring the lovely city of Salzburg before the journey home. Students and staff all returned back to school uninjured and exhausted but very happy – many of them are already looking forward to next year’s ski trip! 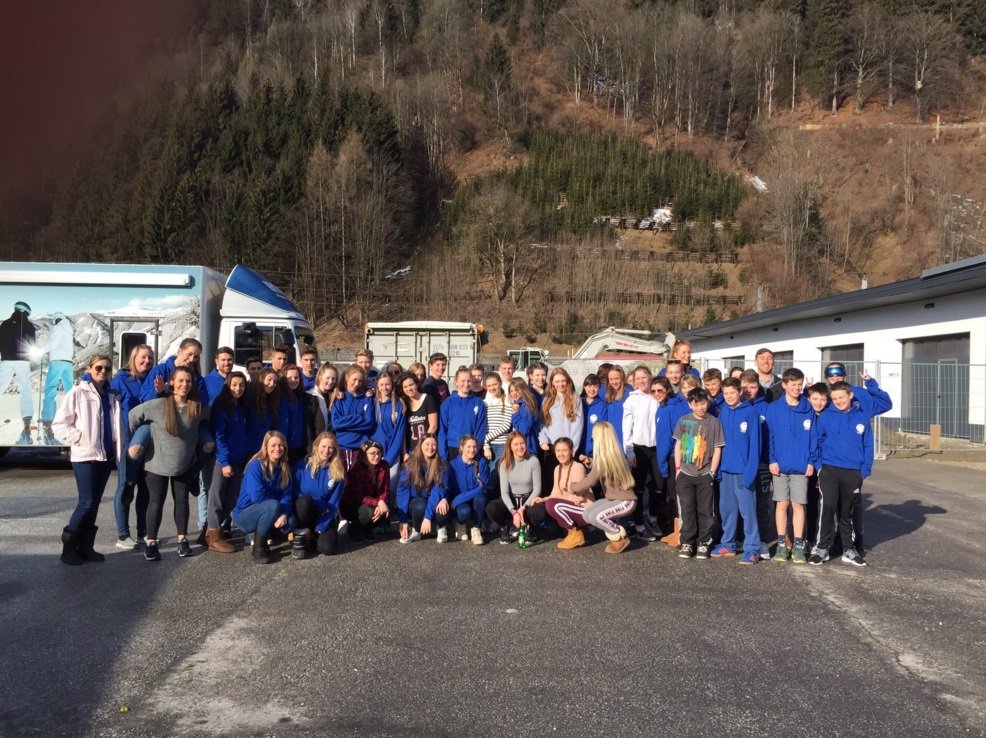