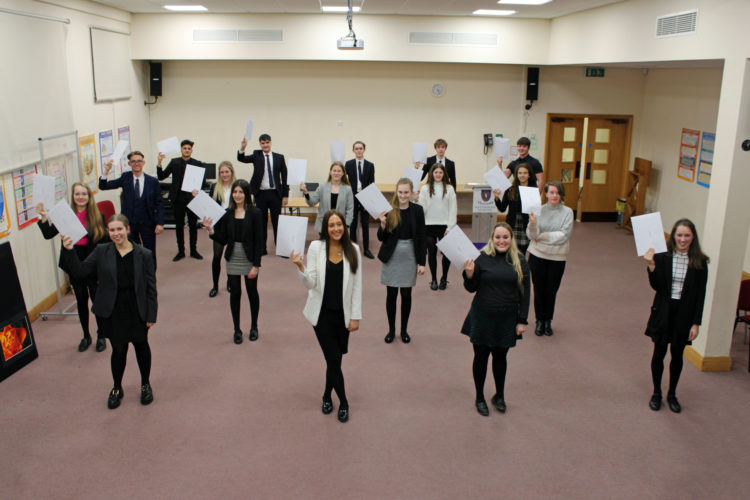 A special awards ceremony was held in the Lecture Theatre this afternoon for students in Lower Sixth who had not received their GCSE certificates last year in our usual annual awards ceremony, due to Covid-19.

Non-alcoholic celebratory drinks and canapés were laid on for students in the Sixth Form cafeteria by Thomas Franks.

Waiting in the Sixth From common room behind closed doors, they were called up to collect drinks and snacks in their form groups.

They were then able to relax and chat in the common room before the ceremony.

The presentation took place downstairs in the Lecture Theatre, where Mrs Horner gave an introductory speech congratulating them on their achievements. The Heads of School then gave students further words of wisdom and advice, in their well-rehearsed speech.

The awards and certificates were handed out, with students receiving rounds of applause from their fellow pupils and the members of staff present.

Finally, the afternoon was rounded off with warm words by Mrs Hughes, who was the Head of Year for the students last year.

Congratulations on all your hard work in extremely difficult and unprecedented circumstances!