Home News Home Senior School and Sixth Form ‘Give It Up!’ News home 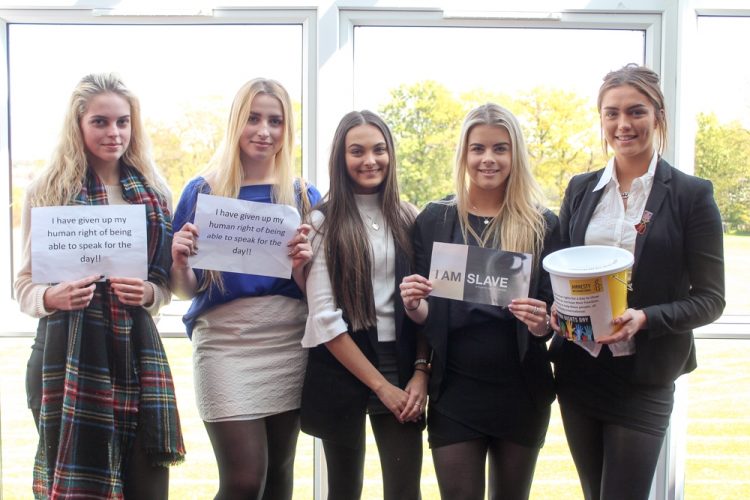 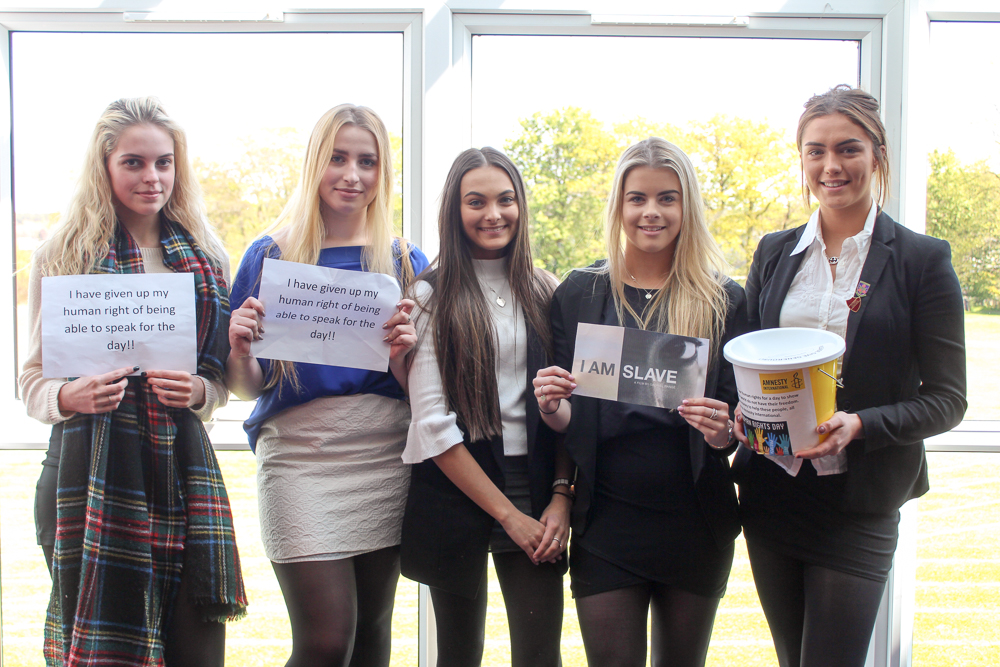 Last week the Sixth Form Human Rights’ Group Leaders and Miss Collins took part in a campaign called ‘Give it Up!’. This involved them giving up one of their human rights for the day and demonstrating this to the school community, via symbols and signs, which showed how their behaviour was restricted by the absence of a specific right. Leaders took part in a sponsored silence, refrained from expressing their opinion, gave up their mobile phones and even became a slave for the day.

The actions of the Westholme group in the ‘Give it Up!’ event sought to highlight that when a human’s rights are abused, this is unfair because it robs that individual of their dignity and freedom. Money was raised for Amnesty International on the day as students were sponsored and other Westholmers kindly donated when leaders went around with collection buckets.

We are very proud of the campaigning that our students do and hope that the rest of the school continue to give them such fantastic support. Well done!