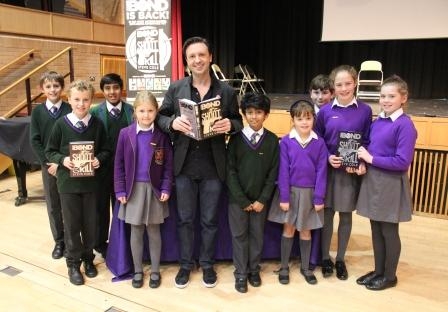 Well, we can confidently say that years 5,6,7 and 8 are ‘neither shaken nor stirred’ following the visit of Young Bond author Steve Cole to Westholme’s Theatre on Thursday 13th November. 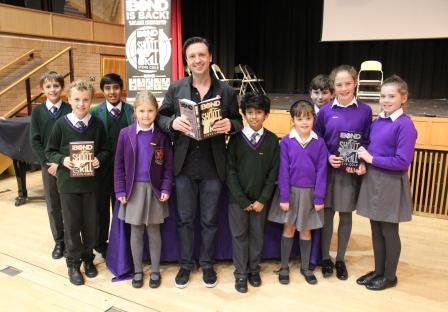 Steve was approached by the Flemming Foundation to write a series of four Young Bond Novels. He admitted that this was nerve-wracking, but very exciting and such a privilege. He has always loved the Bond character, the first film he saw was ‘For Your Eyes Only’ aged nine. He wanted to do justice to the character so felt quite a pressure writing the novel and spent longer on it than other books. He is currently working on the second of the Young Bond series… he can’t give much away but Young Bond will be tested as never before!

Steve explained to the pupils that in ‘Shoot to Kill’, James Bond is sent to Hollywood where there are sinister goings-on in the movie industry. The book is set in the 1930’s and pupils were given a brief history of the type of car, guns and gadgets available to Bond at that time. Steve really held the pupils interest with his imaginative writing tips and enthusiasm for his subject. 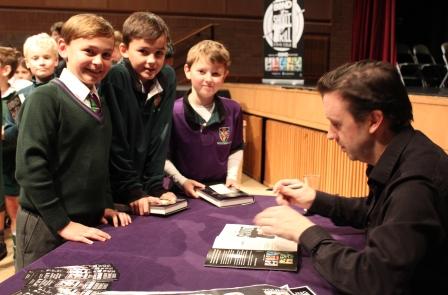 Pupils from all year groups met Steve after his presentation when he signed copies of the book before being whisked away by Random House publisher’s to Glasgow to continue his tour.

Please click here to read a review of the book by Adam Natha, 8T.