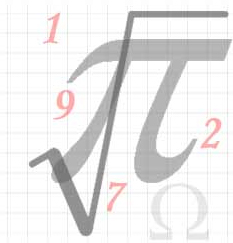 Students learn how Mathematics is involved in our everyday lives

Eleven sixth form students attended a series of mathematics lectures in Liverpool. They were given an insight into how mathematics (in various forms) is involved in our everyday lives: from the weather to The Simpsons to rollercoasters!

The first in the series of lectures, ‘Climate Change: Does It Add Up’ focused on the role of complex mathematical modelling, including differential equations. Students learned how the meteorological offices uses very powerful computers to solve equations and provide us with accurate short-term weather forecasts and also information which looks at the long-term pattern for trending climate change. The lecture also gave insight into how the data is used to influence thinking and how we should think about climate change and its effects on us.

The next lecture students were enthralled by ‘The Hidden Maths of Rollercoasters’. The rollercoaster is obviously designed for fun, but the maths behind them is deadly serious! In this talk the history of the rollercoaster was explored as well as the engineering calculations that went into designing some of the world’s leading rides. In short, it’s all about maximising the thrill whilst minimising the nosebleeds! The lecturer had been heavily involved in the design of Blackpool’s Big One and the London Eye. He explained how the equations that students use in Mechanics and Physics are used to ensure that everyone stays safely in their seats at the top of the ride – and aren’t crushed at the bottom of the ride! A very informative and applied lecture for mathematicians at A Level.

The last of the lectures was ‘Maths in the Simpsons’ – how intriguing! They certainly saved the best to last, since this final lecture had all the girls captivated by the speaker who was half comedian and half maths teacher! Who would have thought that the Narcissistic number or even a Marlene prime number existed, never mind it being part of the story in the Simpsons! Or that most of the writers of the Simpsons had maths degrees and that one of the main writers, Ken Keeler, has a favourite number: 1729. Next time you watch The Simpsons, watch out for the number 1729 which appears more often than you might think.

Students are eagerly anticipating the topic for the next Maths Lecture!