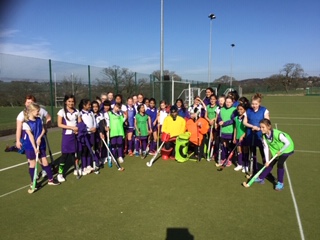 Some excellent house hockey took place on the Astro turf  with some incredibly exciting games  between Junior School students who played in the House Hockey tournament last week.

The year 3 and 4 played the best hockey that I have seen at Westholme with some real understanding of positional play being evident. What lovely hockey to umpire.

The year 5 and 6 matches were also exciting with some lovely goals being scored and some real house spirit on view throughout the afternoon. Well done to all the girls for some lovely end of term competition.

The results were as follows: