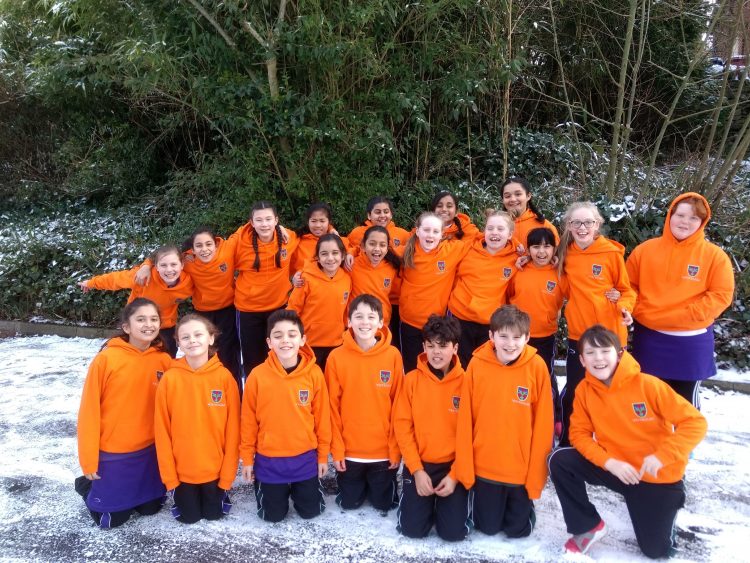 The annual Junior Sports’ Tour is a Westholme tradition and highly anticipated by our Year 6 students who see the trip as a right of passage.

No sooner had the Sports’ Tour set off for Manchester than they received a phone call from St Bede’s School, the first stop on the tour, to say would have to cancel the hockey and rugby/football matches due to the weather. Some quick thinking from Mrs Ingham saved the day and sports fixtures were replaced with an educational experience at the MOSI, the Manchester Museum of Science and Industry.

The students were all captivated by a presentation all about Stevenson’s Rocket and sat right by the original Rocket itself! There was so much to see and do. Perhaps the sporting highlight was bumping into some of the Manchester Thunder Netball team and joining them in their film for Sky Sports? Watch out for it on your screens soon …..

It was then time to into the hotel and after a quick turnaround the excited group set off again for InflataNation. Students and staff alike had an incredible time on what must be the biggest bouncy castle in the country. Tired out everyone headed back to the hotel for supper and then bed.

Saturday morning dawned with Mrs Sutcliffe out for a morning run, then a hearty breakfast for all and on to Challenge4Change. This was a highlight of the tour for many and the photographs say it all!

A trip to the Manchester Opera House to see the stage show of Annie was next, followed by TGI Fridays for supper where the food certainly went down well!

It was then that Sports’ Tour received the next bit of bad news – AESG had to cancel the matches the following day as their pitches were frozen. But this icy weather was not about to stop the fun and so it was off to the Manchester Aquatics Centre. A swim in the huge 50m Olympic pool? Yes please!!!!

All that was left was to head home, tired but happy after a simply splendid weekend. Thank you to Mrs Ingham for organising and leading the tour and to Mrs Sutcliffe and Ms Thompson for being part of the team.