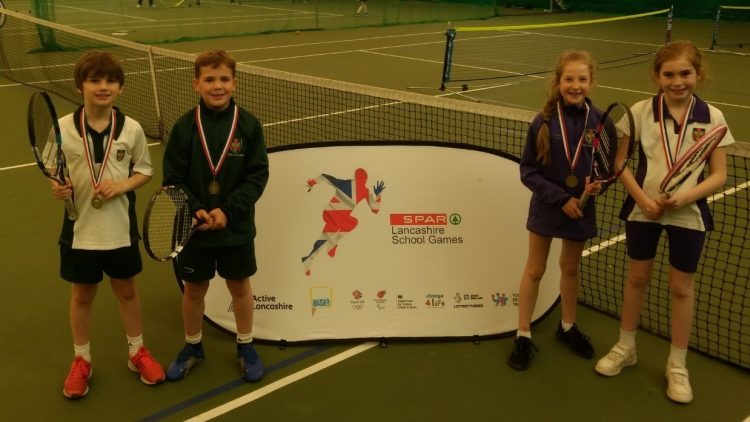 The Yr3 & 4 tennis team of Henry Gibson, Daisy Eastham, Joseph Melling and Eleanor Halstead had a thrilling afternoon of tennis in the local round of the Lancashire Schools Games Cup.

Their quality was on full show with sweeping ground strokes, accurate serves and the occasional volley.

They progressed serenely through the group stages without losing a match.

In the quarter finals they played St James of Lower Darwen and had a few nail biting moments but managed to sail through to the semi finals, where they played St Paul’s. This saw a real step up in performance and focus. As a result they won convincingly and were into the final!

This was a superb match against Lower Darwen, with each of our players playing some excellent tennis. They managed three wins and one draw to be crowned the champions! What an awesome team!