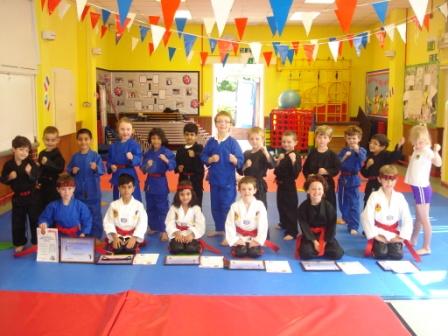 Billinge House Martial Arts pupils are presented with their awards

On Monday, Sensei Rex and Sensei Michelle invited Mrs Bolton into the Martial Arts session. This was for a momentous occasion as six of the children at Billinge House have graded and received their first belt a red belt. 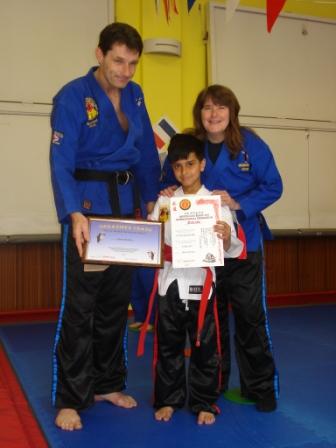 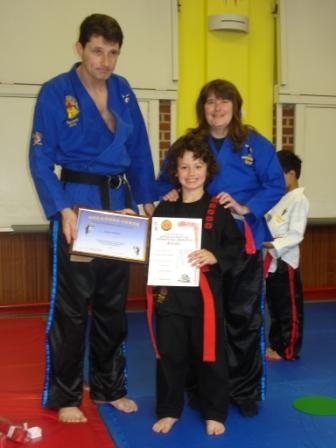 This means that they have worked hard to reach certain milestones, achieving a number of badges including those for etiquette, stances and punches. They were the first children to achieve this, which meant that not only did they get a belt and their grading certificate but they were also awarded with a framed certificate to mark the occasion. 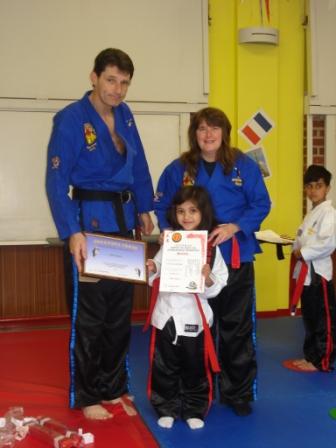 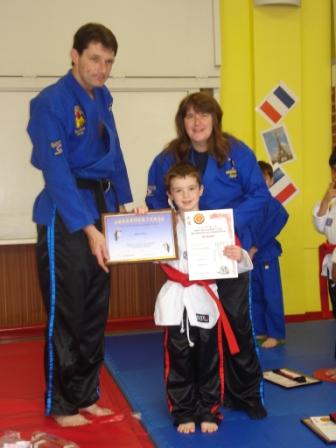 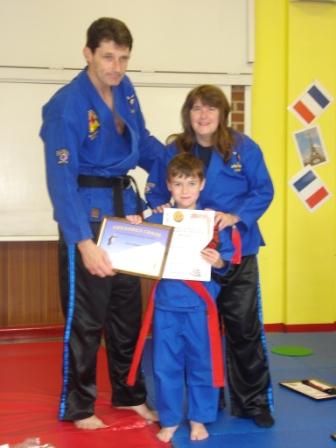 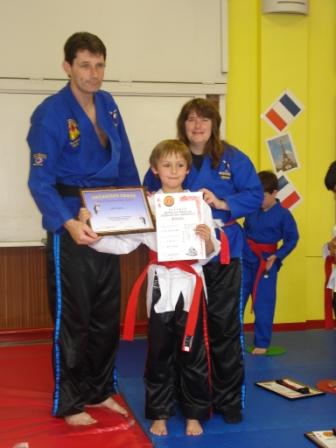