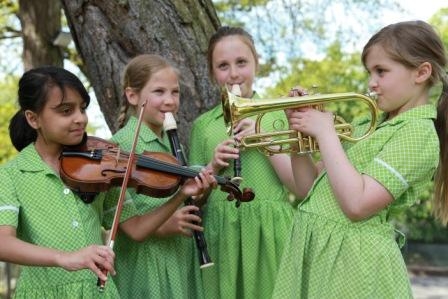 The audience clapped until their hands smarted and the children, stars indeed of the stage, beamed until their cheeks ached.  The pleasure given and received in the theatre last night at the Junior Schools’ musical evening was palpable. 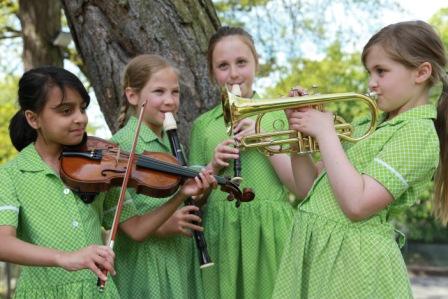 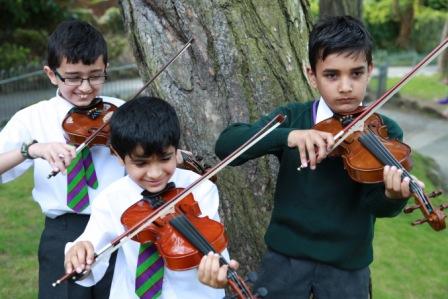 The first half was a set of very accomplished pieces across a wide range of musical instruments, which the pupils played with both skill and charm. Parents and grandparents were enchanted by superb cello and violin ensembles, brass, harp and recorders… the range was truly outstanding considering the youth of these musicians. Rarely have we seen such a good cello player actually a little smaller than his own instrument! The youngest Year 3s, both girls and boys, entertained us with their lively choral pieces, complete with tuneful voices and co-ordinated actions! All too soon, the first half concluded with a sensational orchestral finale of ”˜Highlights from Aladdin’, and the harp once again almost brought a lump to the throat! 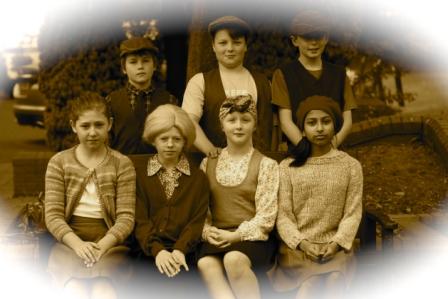 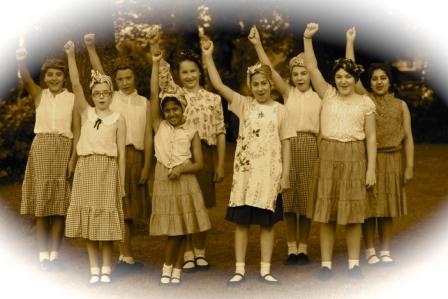 Yet little did we know what raw emotion was to come! As the curtain pulled up on the theatre for ”˜Edith’s Wartime Scrapbook’ and the Juniors filled the stage in their superb wartime ”˜Keep Calm and Carry on Singing’ T Shirts, we could sense we were in for a treat. The story was an excellent choice; a vehicle through which the children could gain historical insight and deliver poignancy, comedy and a selection of great songs. All of the Ediths were clear, expressive and thoughtful in their delivery, and they led us down the path of memories vividly. 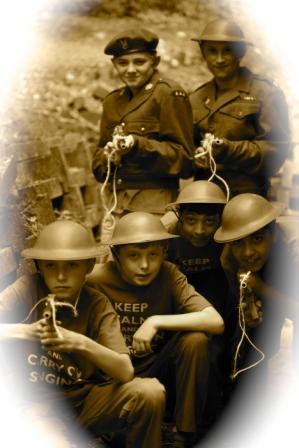 Wartime Britain came alive as the children portrayed the physical and emotional hardships of the time, coupled brilliantly with the hope and spirit which characterized our nation. We laughed out loud at the hilarious Home Guard, and we swallowed back the tears as evacuees were waved off. Chamberlain and Churchill spoke to us all as relevantly today as 70 years ago, and the whole experience made everyone reflective and humbled. Special mention must go to all the soloists, but perhaps especially to Joshua Dodding and Joseph McGurk who got a clap that Andrew Lloyd Webber would have been proud of. To say it was a hairs of the back of the neck moment sounds trite – but it really was. 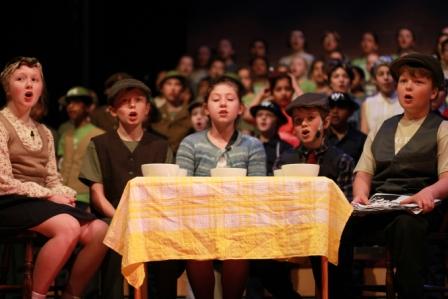 The children left the stage, waving, on an absolute high, and the audience were equally uplifted. Well done to the whole team involved in putting together such a memorable and special performance – delightful in every way! 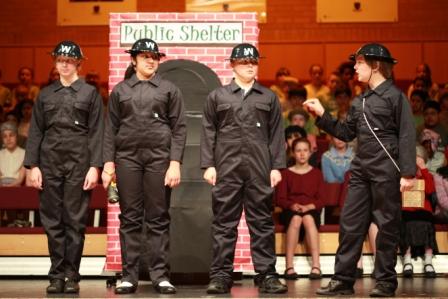