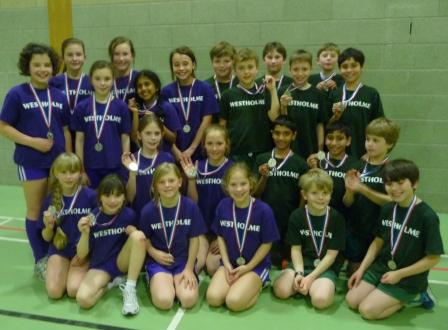 This competition was between the winners of previous competitions and took place at St Wilfred’s.

The whole team put their heart and soul into every event and performed brilliantly. Despite tougher competition than in previous rounds, the girls again won every event, many of them by a large margin. 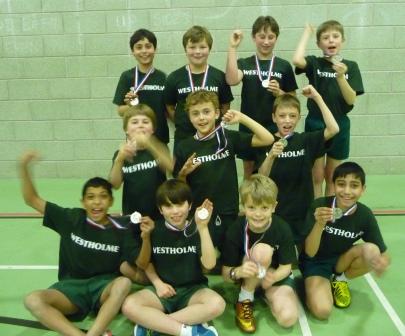 The final result is the combined scores of the boys and the girls. It was very tense as the organiser said there were only 8 points between first and third! We were awarded second place.   However, on looking at the results more closely, a mistake had been made by the judges when entering the scores for the triple jump.   The organisers had put that Lois McTiffin had jumped 2.12 metres in the triple jump event, when in actual fact, she had jumped 6.12 metres! When counting up the points after this mistake had been rectified, it meant that Westholme actually finished first!

This is a really amazing achievement as it is very hard to win any BPSSA combined competitions.

WELL DONE TO ALL THE GIRLS AND BOYS IN THE TEAM!