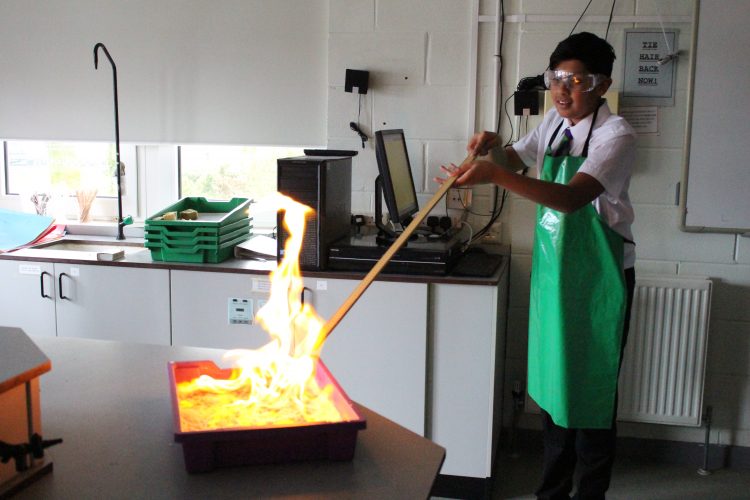 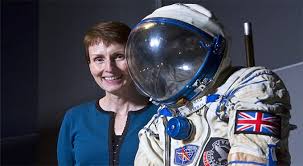 The Annual Science Essay competition was also launched. This year’s title is What is the Greatest Scientific Advancement of the last 25 years? and students entering this competition have the chance to win £50. 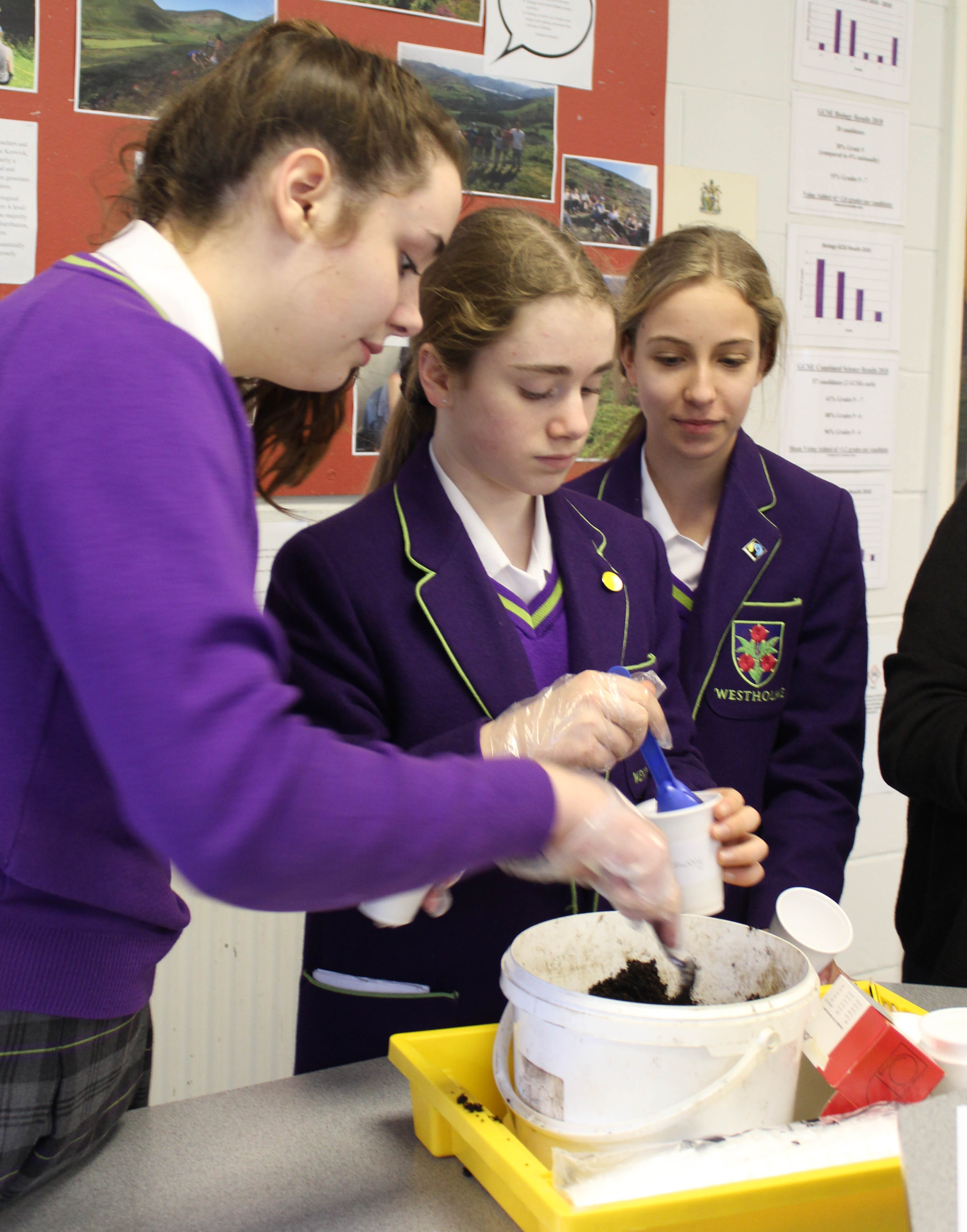 Monday’s lunchtime activity saw students sow sunflower seeds in a bid to win the competition to grow the tallest one. Competition was fierce from the outset with many of the Science staff also taking part. We look forward to seeing the sunflowers later in the term. 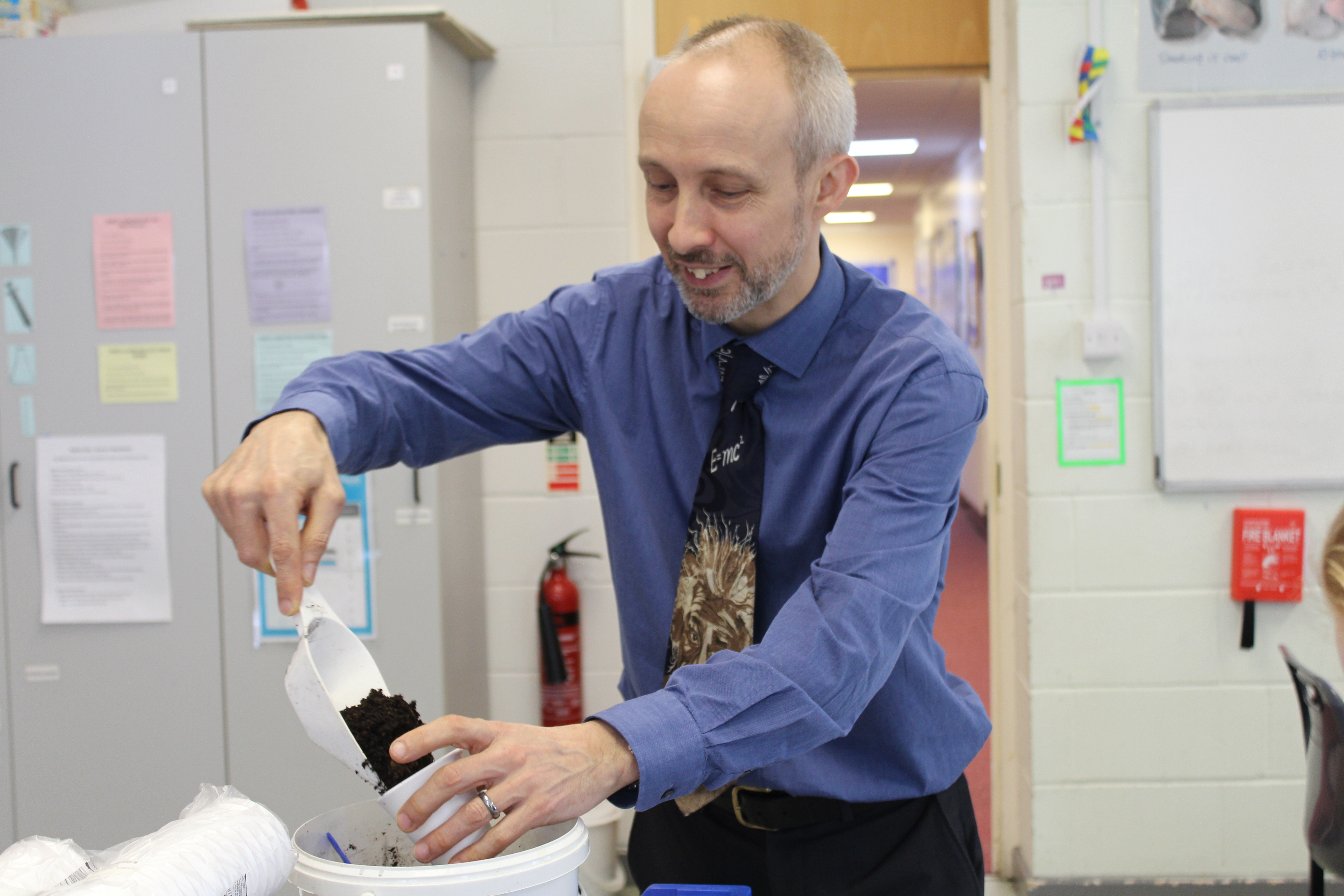 On Tuesday our students and staff were tasked with building a boat from a piece of paper and 50cm of tape! The winning boat was the one that could float in the tank holding the most weights!

Yesterday the students were treated to some exciting pyrotechnic displays in the Chemistry lab. The students were able to ignite bubbles in trays of water by running methane gas through them and setting light to flammable gas inside a giant water bottle. The results were spectacular and the students were certainly impressed. 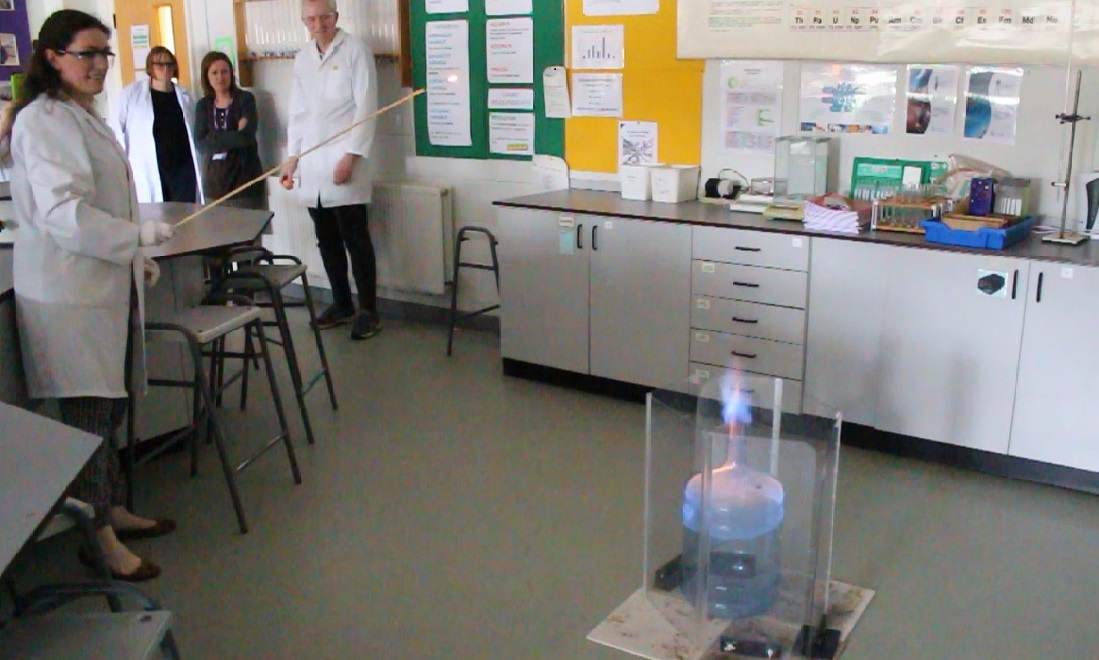 On the last day of  National Science Week the students explored a sensory circus and optical illusions. Everyone enjoyed the challenges and were surprised by some of the results!

What a fantastic way to celebrate Science and explore the possibilities it holds. Thank you to all of the teachers and technicians who helped to plan and deliver a week of discovery.