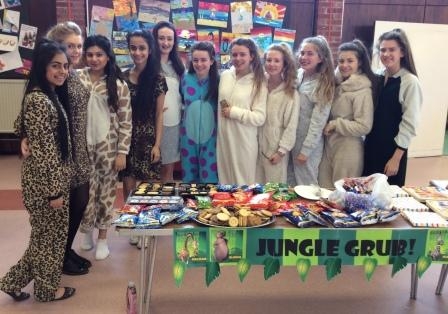 The spring term ended with a fun filled night this year as the EPR department and the Year 10 JAC Team (Justice, Awareness, Charity) hosted ‘Night at the Movies’ for Year 7 pupils. The evening began after school in the dining room where pupils tucked into a party tea of pizza and nibbles.

Returning to classrooms to change into their themed costumes for the night, Year 7 then came parading in their groovy outfits to the theatre where a red carpet welcome and screaming Year 10 ‘fans’ greeted them. The movie ‘Madagascar’ was thoroughly enjoyed by the boys and girls and had given great inspiration for some awesome animal attire. 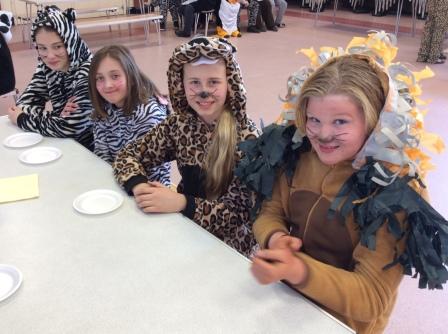 The interval was one with a difference – the dining room was filled with JAC Team stalls selling delectable treats including a chocolate fountain, popcorn and lots of sweets. The night ended with some disco dancing, a parade of costumes and some special entertainment as Dr Watson sang ‘In the Jungle’ to cheering pupils in the audience which was a wonderful way to round the extravaganza off. 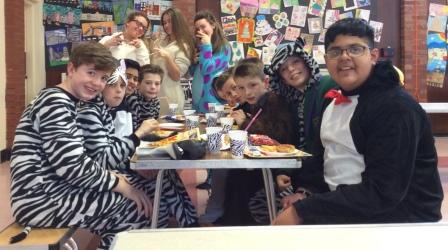 The JAC Team had been planning this event this term and their sense of responsibility and good organisation made the night a great success which they’re proud of. Miss Collins would like to thank them for their great efforts! Money raised at this charity event will be donated to the Year 10 choice of ‘TASC Madagascar’ and ‘Rainbow House’ which is a charity chosen by the winning Year 7 group of the charity presentation competition which was held in EPR lessons. 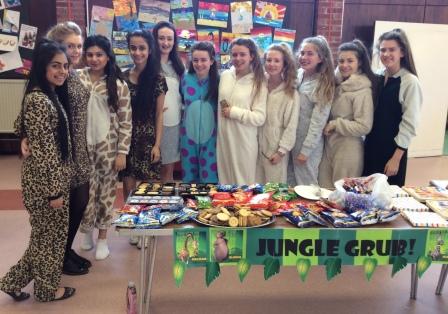