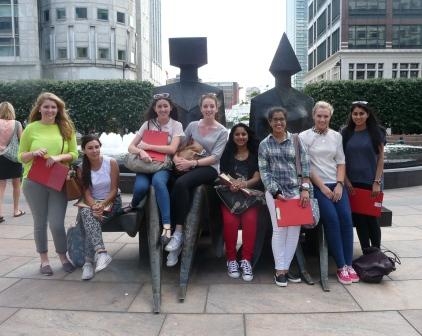 On Saturday 22nd June the A-level geographers set forth to London. After a very early start, 5.45am at Preston Station, the girls came to life when we reached the newly opened Queen Elizabeth Olympic Park. 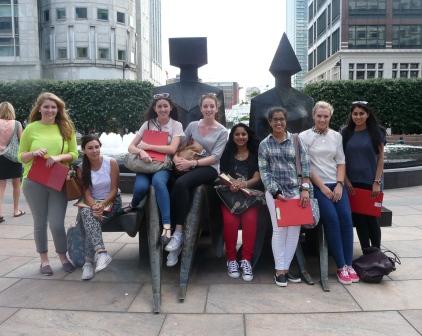 As part of the A-level Geography course the girls are studying regeneration and where better to do this than in the east of London. The London Legacy Development Corporation – responsible for the redevelopment of the Park – has the responsibility to drive the legacy of the London 2012 Olympic Games and to attempt to transform the lives of east Londoners. 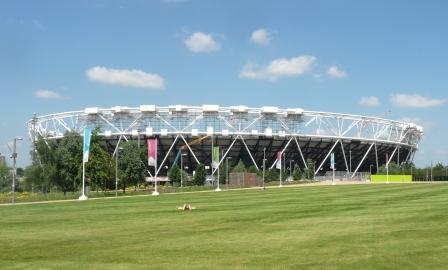 The girls had a fascinating guided tour of the Olympic park including the UK’s tallest sculpture, ArcelorMittal Orbit and were able to assess the success of the regeneration in Newham, one of the poorest London Boroughs. 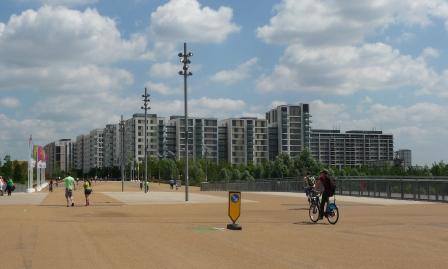 Next they headed for Westfield Stratford City, one of the largest shopping centres in Europe and Stratford indoor shopping centre. After many rejections (people really are friendlier up north) the girls eventually got their questionnaires completed so they can assess the sphere of influence of these retail centres and the shift of emphasis from the west end of London out to the east of the capital. 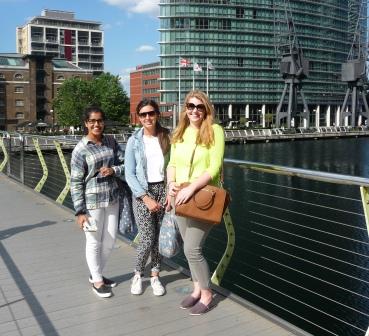 Finally the girls took the DLR to Canary Wharf, a major business area and home to one of London’s two main financial centres. Here they were dwarfed by the skyscrapers including One Canada Square. This time, as Mrs Brown explained, the focus was on property-led regeneration schemes of the 1980s and again the students evaluated the success of the work of the LDDC.

A wonderful day and due to the summer solstice the longest hours of sunshine!