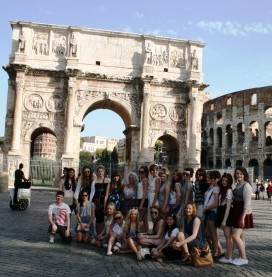 Over the October half term holidays, the Latin and Classics departments winged their way to the capital city of one of history’s great empires, Rome.

Following a brief experience of modern Rome via the underground Metro, Westholme’s valiant students were soon thrown into the past, being moved by the romanticism of ancient Italy. The grandeur of the Flavian amphitheatre, today known as the Colosseum, was just as much a spectacle to visit as it would have been two thousand years ago for local citizens watching a gladiatorial contest (fortunately for the students no-one was thrown to the lions for bad behaviour). The views from the Palatine hill, overlooking the famous Roman Forum, were breathtaking, as was the sight of some of the architecture still evident in the city centre, such as the Trevi Fountain, Piazza Navona, and Trajan’s market. 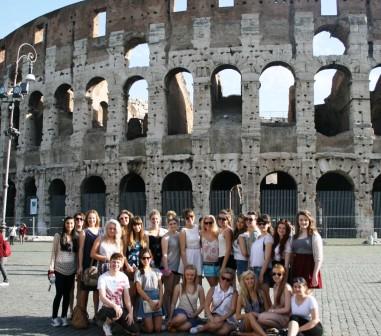 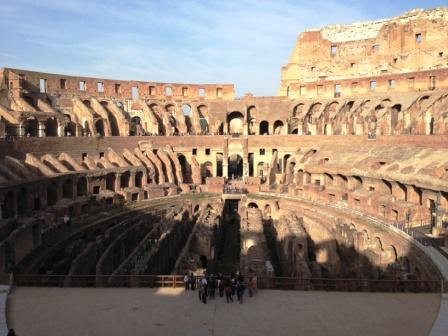 The students were also very fortunate to experience life inside some of the world’s most famous religious sites. From the ancient to the modern: pupils marvelled at the architectural genius of the Pantheon, with its huge self-supporting dome, now a religious site, and the resting place of a number of famous people, most notably the artist Raphael; the Westholme masses were given a captivating tour of the Vatican Museums, pausing to wonder at the beauty of the Sistine Chapel and interior of St. Peters Basilica, not to mention the inspirational feeling they achieved from the view atop the highest point of the basilica’s dome. 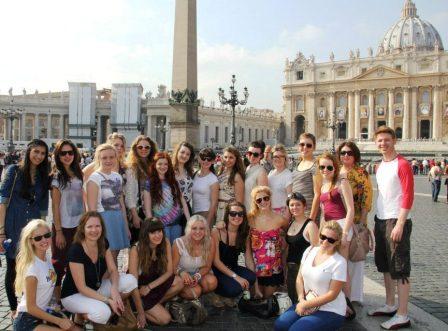 The trip was a huge success, with pupils falling in love with a city heaped in history, romance, drama, and passion.

They came, they saw, they fell in love.