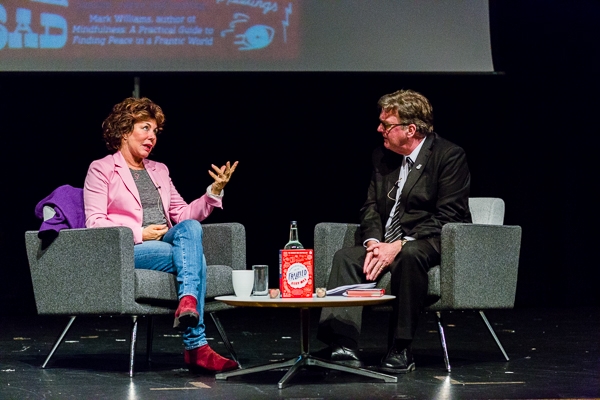 Westholme once again hosted a spectacular evening of entertainment this time with Ruby Wax as special guest in the Croston Theatre. The evening was held in collaboration with Silverwood Events to promote Ruby’s latest book ‘A Mindfulness Guide for the Frazzled’ as part of her nationwide sell out book tour. 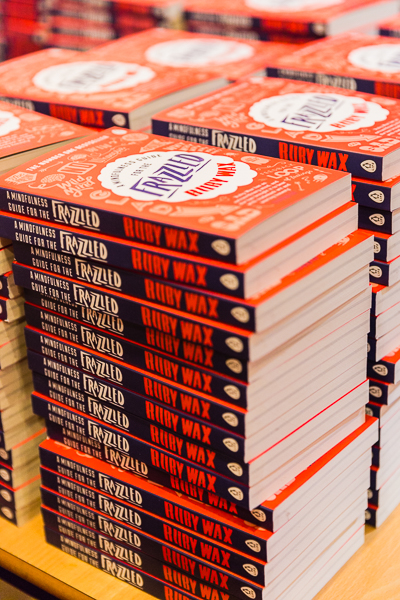 Ruby Wax, OBE is perhaps better known for being a comedienne but recently studied Psychotherapy and gained her Master’s degree in Mindfulness-based Cognitive Behavioural Therapy from Oxford University. These days she promotes understanding of the brain and campaigns for greater mental health awareness and destigmatisation. 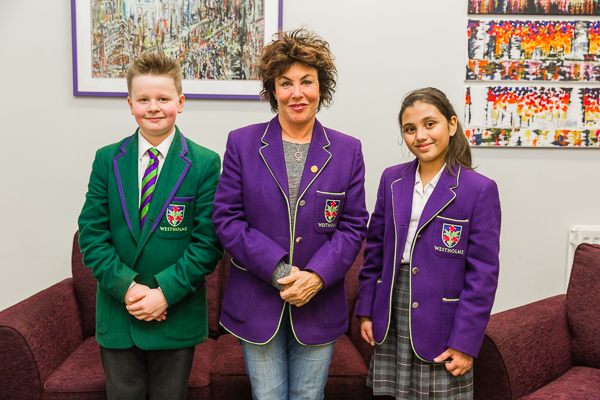 The event was sold out with over 500 seats filled, and with only hours before the doors opened, her book shot into the Number #1 spot in the bestseller’s book list. 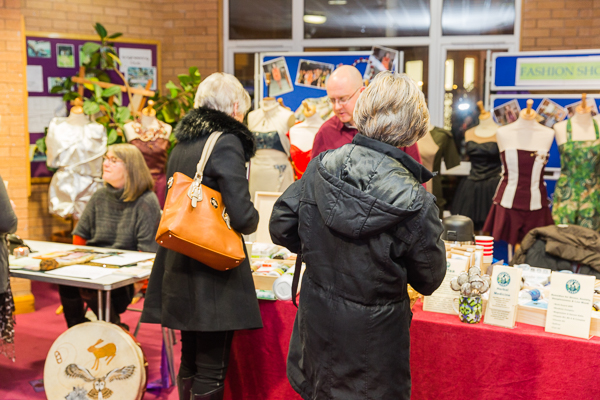 As a warm up to the main talk there was a Mindfulness Market Forum held in the theatre foyer including representatives from NHS Lancashire Mindfulness CIC, ‘In Good Hands’ Complementary Therapy and Massage, Wizard Herbs and Chocolate 7. 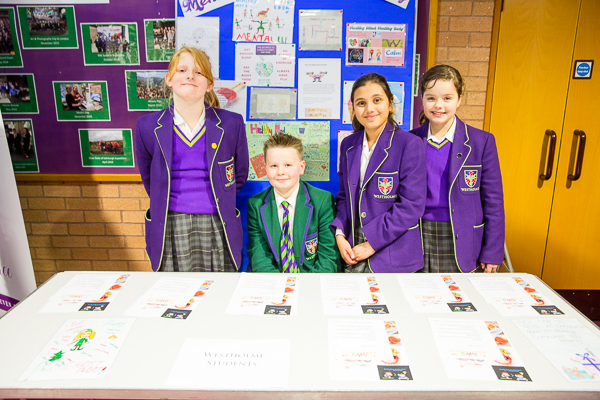 Year 7 students, Alex Jones, Alisha Ismail, Maddie Walsh and Megan Ormisher also supported the event with a stand and talked to theatre goers about their research into our school theme for this year; mindfulness & wellbeing, and how it helps them in their day to day school life. 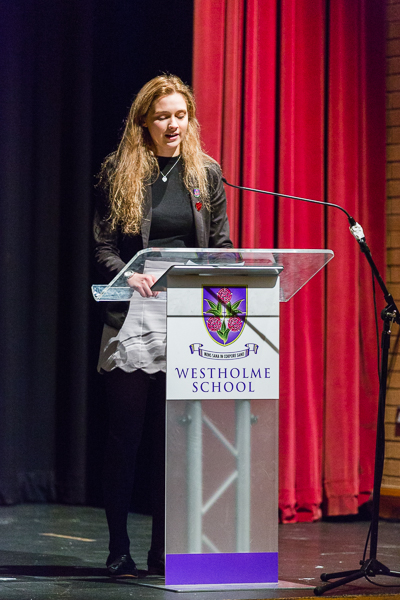 After an official welcome from Deputy Head Girl, Ellie Giles, Gilly from BBC Radio Lancashire took to the stage with Ruby. The conversation centred around the core subject of her new book – Mindfulness and Ruby discussed some of the theories and practices which she employs in her daily routine. Gilly went on to ask Ruby about the reasons behind her interest in Psychotherapy and touched on the problems she has suffered in the past with depression. 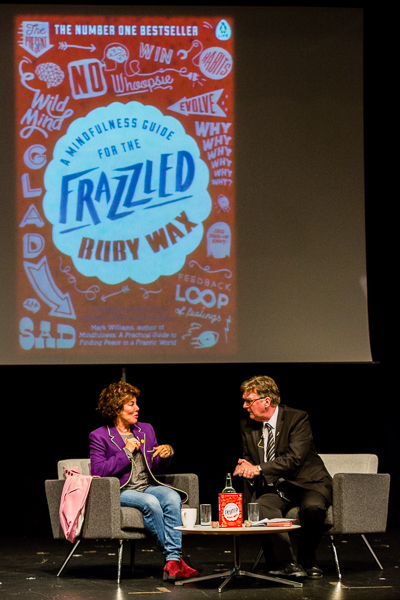 Other interesting anecdotes which the audience discovered were that Ruby, who holds both American and British citizenship, came to the UK to join the Royal Shakespeare Company, before spending 25 years at the BBC and Channel Four writing and performing her own shows. She also did many one-woman shows and edited “Absolutely Fabulous”. 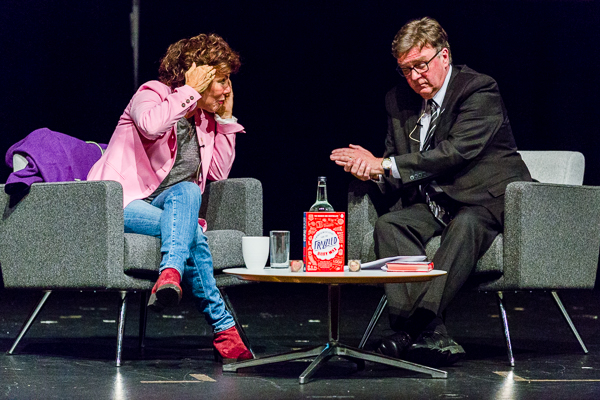 Ruby entertained the audience in her inimitable way answering questions with a mix of humour and honesty, one moment sending ripples of laughter through the auditorium and the next creating a silence of contemplation. Gilly then opened the floor to the audience with questions ranging from advice on practising Mindfulness to the health benefits for the young & old, and most importantly how Mindfulness can play a key role in preparing our next generation for the challenges of life ahead. 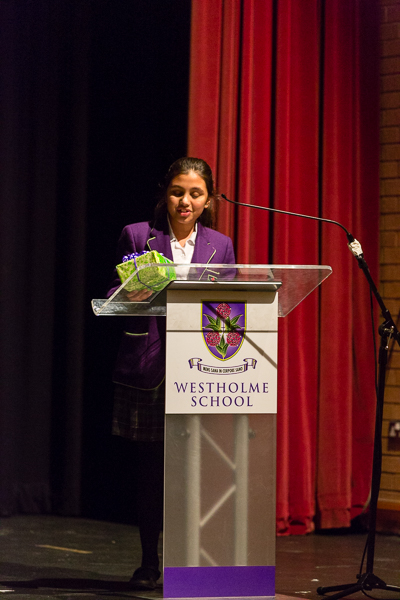 The evening concluded with an eloquent thank you speech by Year 7 pupil Alisha Ismail, who presented Ruby with a special gift from Westholme, and which marked the end of another wonderful night in the Croston Theatre. 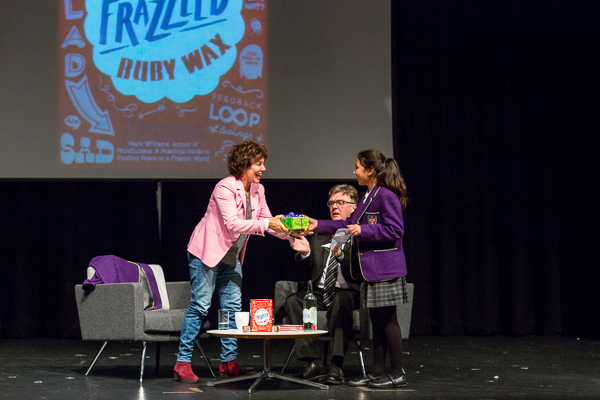 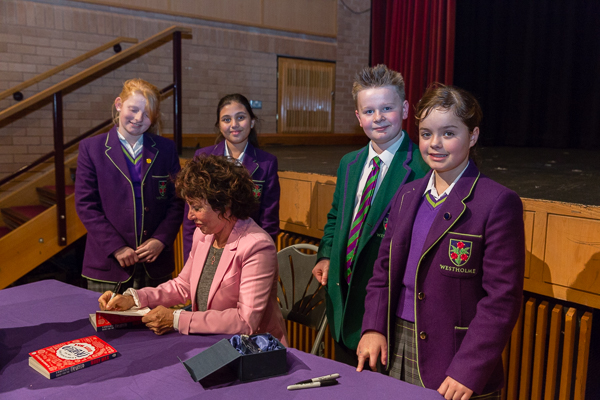 Special thanks to Ruby for visiting Westholme and to Elaine and Jake from Silverwood for organising another fantastic event for us. 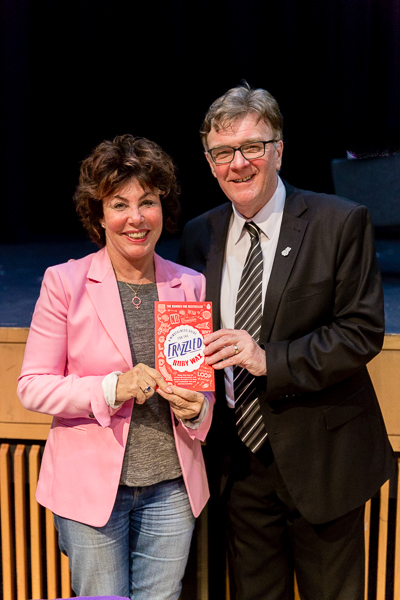 Don’t forget to book tickets for the next event with Silverwood at Westholme with Nick Knowles talking about his new book on Wednesday 18th January. Tickets available from Eventbrite.com/NickKnowles