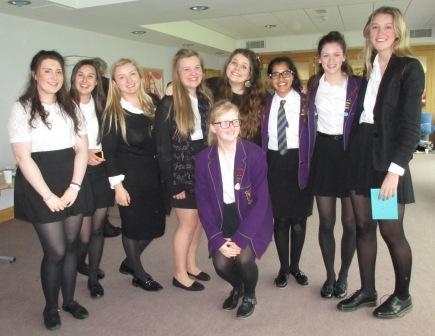 On Thursday 8th May we held our first Sixth Form Celebration evening for all Sixth Form Students. The evening started with Mrs Waldron’s review of the Sixth Form Year 2013 – 2014 and ended with her ‘Life Lessons Learnt’ in preparation for Edwina Currie’s lecture! The enormous number of activities the students had taken part in and the many awards and achievements received throughout the year was a true testament to a successful year by all. The most anticipated part of the evening was the announcement of the new school officers for 2014 – 2015. Congratulations go to them all; they promise to be a formidable leadership team.

Sincere thanks also go to our retiring School Officers who have all carried out their duties this year with dedication and hard work.