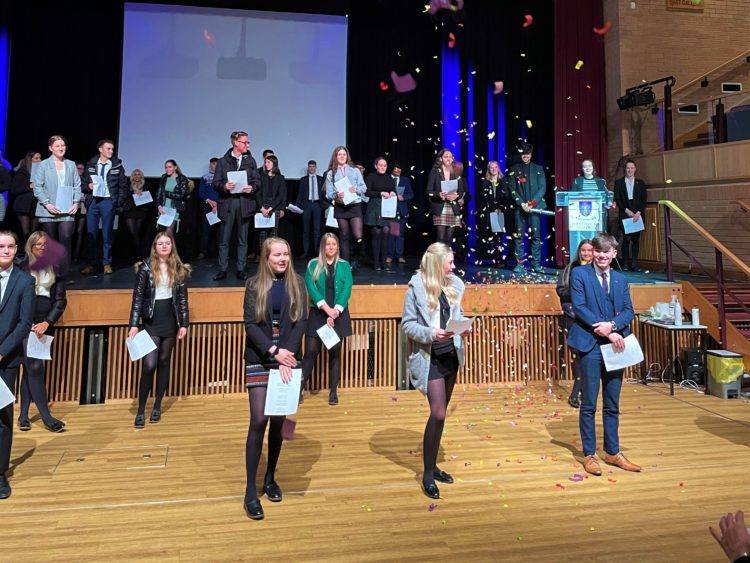 Today the Sixth Form came together to say farewell to Mrs Horner in a special assembly held in the Croston Theatre.

Students watched on as Mrs Horner greeted them and spoke fondly of her time as Westholme Principal. With a slideshow presentation and video montage, she pointed to some of her favourite moments over the years, which included the infamous ‘Ice Bucket Challenge’!
Once she had finished, the Heads of School took to the stage and gave Mrs Horner a farewell speech, speaking clearly and thanking her for everything she has done for them and the school.
They then announced that they had one final surprise for her by calling all of the Sixth Formers to their feet and asking them to take to the stage.

With altered lyrics to ‘Firework’ by Katy Perry, all the students sang together & gave her a musical tribute in celebration.

There were even some mock fireworks at the end!

It was a great show of appreciation and Mrs Horner thanked them all for their performance at the end!