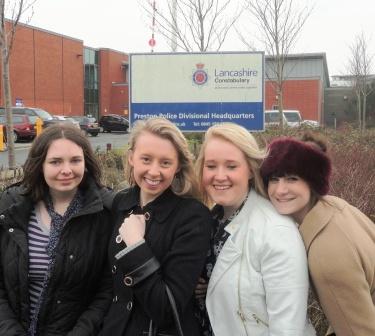 The Upper Sixth Sociology students visited Preston Crown Court in March.     After having a tour of the building and interviewing Probation Officers and Court staff, they attended court sessions which saw criminals being sentenced for various crimes.

In the afternoon they went to Preston police station where they were given a guided tour of the cells, custody suites and interview rooms.   They even had the privilege their teacher, Mrs Bradshaw being breathalised whilst sat in a police car!   The day was a great way to see sociological theory put into practice!