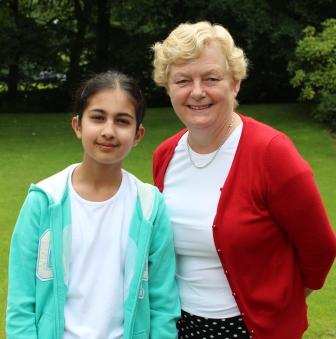 Orlagh Tracey spoke for Bowland about Pixar, particularly focusing on her love of Toy Story.   She even treated us to words form the characters of Woody and Jessie themselves, courtesy of models she had brought with her.

Pendle’s Natasha Murray then spoke eloquently about the Olympics, past and present, asking us which games we would prefer to be a part of.   Given that women used to be banned from competing, presumably it would be the latter! 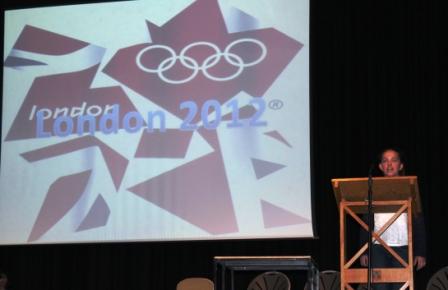 Priya Tyagi of Longridge entertained us with an array optical illusions – can you move your right foot clockwise whilst looking at the fingers on your right hand drawing the figure ”˜6′? 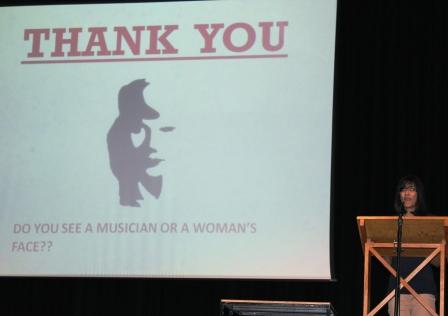 Finally, Hasna Ghafoor of Calder spoke about her love of climbing, using the idea of scaling a mountain as a metaphor for life. 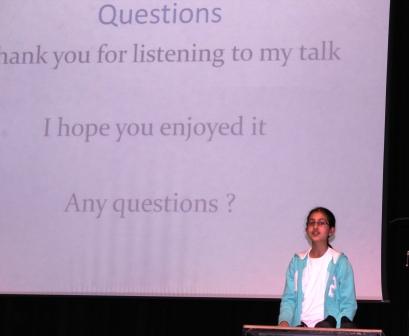 After a very difficult decision-making process, Mrs Douglas finally decided that Hasna Ghafoor should triumph and she will receive the Junior House Spoken English shield at the Prizegiving ceremony in October.   Thank you to all who took part in what was a superb morning’s entertainment in the theatre.