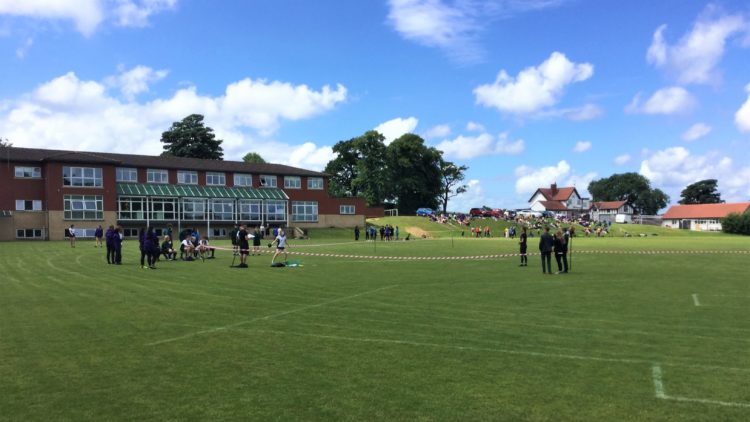 In the penultimate week of term, we were delighted to be able to hold both our Infant & Junior and Senior School Sports Days at Wilmar Lodge.

It was also the first chance that we have had to welcome parents to a sporting event held at the site all year, and it was fantastic to see – you can watch the video and read more below!

Firstly, our Infants & Juniors travelled over to the Senior School and performed to the best of their abilities. Fun was had by all involved and the children were cheered on from the side-lines by their parents and fellow pupils as they took part in a range of activities that had been laid on by members of the PE staff.

Featuring egg & spoon races, short sprints and a long distance run around the rugby pitch, it was great way to celebrate finishing the year. Well done to all the pupils who took part for your efforts!

The following day, Sports Day was held for our Senior School pupils. Unfortunately due to poor weather, there was a delayed start and the days events were reduced, but it was a great event nevertheless! Pupils in Years 7 – 10 contested track events in the 100m, 200m, 800m and relay races as well as field events such as the Discus, Shot Put and the Long Jump.

The competition was fierce and we saw some outstanding efforts by our student athletes, who were cheered on by their fellow classmates from the sidelines. There was even a new 800m school record for Jonny in Year 9, well done!