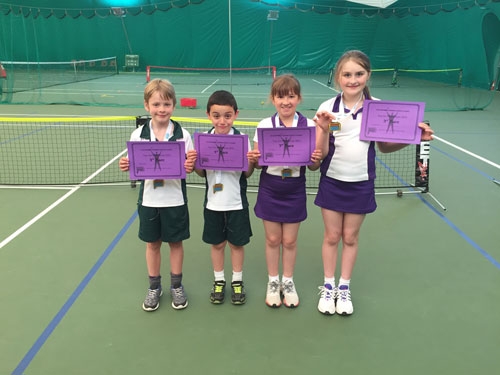 Tennis action for some of our Juniors

On Wednesday evening Sanad Saidan (3M), and Grace Berry, Sophie Gibson and Max Dove (Year 4), represented Westholme in the Lancashire Schools’ Games at Blackburn Northern Tennis Club. With 14 teams in the competition and a number of budding tennis stars of the future present, some wonderful games of tennis were on display throughout the event.

The group stage pitted Westholme against three other schools with the children winning 10 of the 12 matches they competed in, to progress through to the semi-finals as group winners. Here, they came up against the defending champions from last year’s event and winners of Group 1, St Cuthbert’s Primary School. Despite pushing St. Cuthbert’s all the way, Westholme were unable to claim the majority of games finishing with one win, a draw and two defeats. 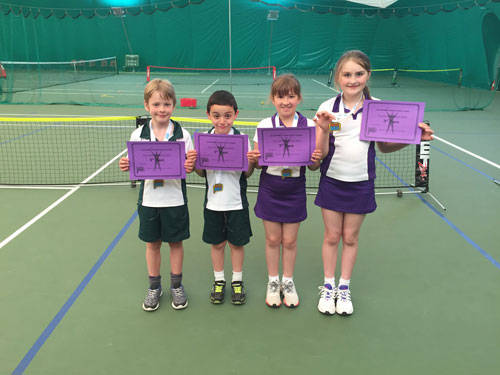 Despite not progressing to the tournament final there was still the third and fourth place play-off match to contest against Lower Darwen Primary School. Our team went into the match with confidence and this was rewarded with an excellent victory, winning three of the four matches and taking third place overall. Well done, team!