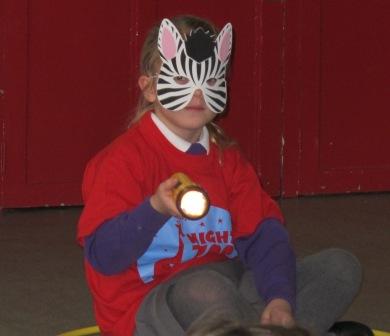 Billinge House children enjoy a visit from the Night Zookeeper

On Monday 23rd January, the Night  Zookeeper visited the Infant School for the second time.

The project started with the Year 1 and 2 children venturing into the Night Zoo to meet the great Night Zookeeper himself. Through the use of Skype, we enabled children to communicate directly and ask him their own questions about his job and the amazing animals in the zoo. The Night Zookeeper issued them the challenge of creating magical animals for the zoo! He also gave Year 2 missions, tasks which they had to complete throughout the day.

During the assembly, some children acted as characters from the story and had the opportunity to meet an invisible Spying Giraffe!

Year 2 children then moved swiftly into creative brainstorming activities which involved collaborating on ideas for new animals for the zoo with their classmates. They worked in small teams using post-it notes to easily share their magical ideas. 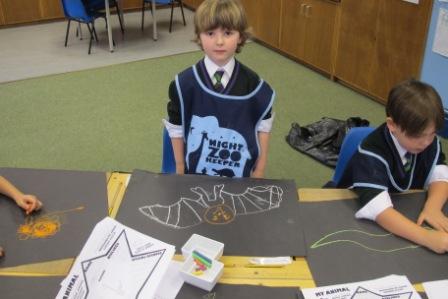 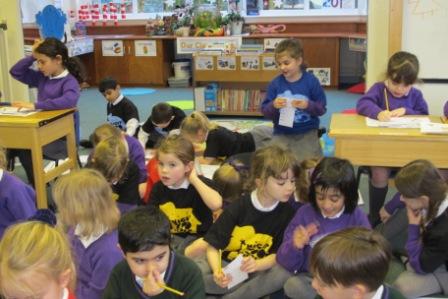 Break time signaled a chance for children to head to the playground in order to complete the challenges set by the Night Zookeeper and of course look for that tricky Spying Giraffe, which appeared to have wandered off.

The children had the opportunity to choose which artistic media they used to visualise their animals and upon completion their artwork was photographed. The children then invented their very own mission, the task a Night Zookeeper must preform to look after their animal. These ranged from inventing a new dance to reciting a tricky tongue twister! 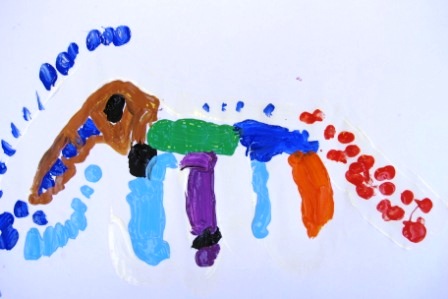 Their animals now await entrance to the zoo over the next two weeks. 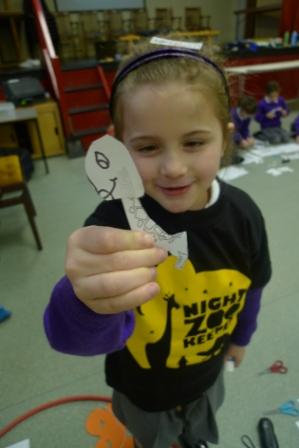 The day ended with children writing their very own stories using the characters that they had been created throughout the morning. The variety of ideas was astounding as the children explained how the animals battled mean monsters, exploding volcanos and falling trees. The Night Zookeeper then awoke from his slumber to hear the children explain all about the new animals that would be entering his zoo and he invited the children to join him and become Night Zookeepers themselves!