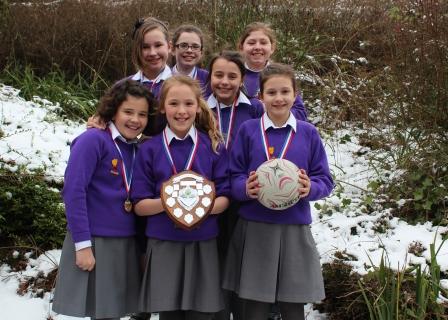 Congratulations to our Netballers

Junior girls took part in the Blackburn with Darwen High 5  Netball Finals on Thursday 24 January, after winning their heats before Christmas to qualify.

They won their first three matches convincingly (7-2, 5-0 and 8-0) to progress to the semi-finals. They faced last years’ winners, Turton and Edgworth, but pulled off a confident victory 8-1. The final was a hard fought match but again the team work and skills of the Westholme girls shone through and they came away as 4-1 winners.

They were delighted to get their certificates, gold medals and of course the shield. The team will go on to represent Blackburn with Darwen in the country finals in the summer. Congratulations to all players!