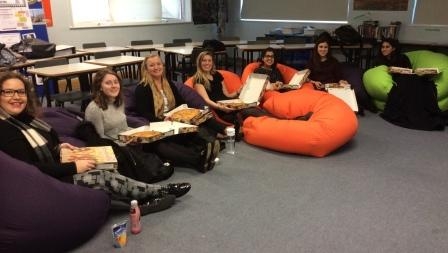 Last night Sixth Form EPR students gathered for a relaxing evening of learning in the Sixth Form Centre. Taking a break from the pressures of their busy academic life- they watched a movie and enjoyed takeaway pizza.

Students watched the 2009 film ‘Up in the Air’ which was picked due to its relevance to their current studies in Philosophy where they are asking epistemological questions about what the reliable sources of knowledge are in life. Their study focuses on whether our intuitive sense of others, can ever be a good guide to knowing about another person. 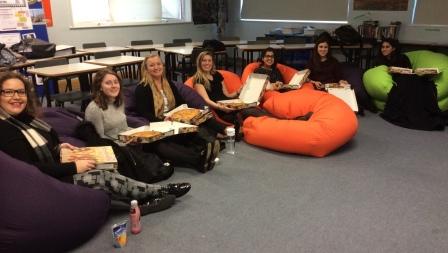 ‘Up in the Air’ was a great way to explore this question, and the thought of philosopher Bertrand Russell who has commented that intuitions about love, highlight all too often, that intuition is unreliable. Girls felt sympathy for the main character, played by George Clooney, who was misled by his ostensible love interest, to believe that her feelings were as meaningful as his own, but as things turned out, not all was as it seemed.