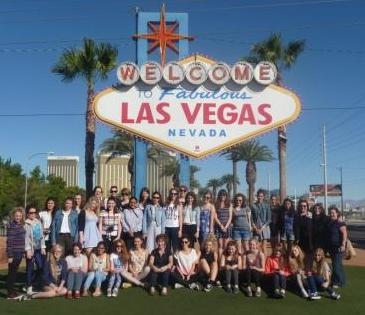 After delays at Heathrow due to fog, the Westholme Geographers were keen to begin their exciting tour by driving around the famous Chinatown district and Union Square in San Francisco, California. They then boarded the San Francisco Bay cruise passing the sea lions on Pier 39 to look back at San Francisco’s historic waterfront and famous skyline. After circling Rock Island and cruising under the famous Golden Gate Bridge they returned to experience the delights of Pier 39 including the famous Bubba Gump Shrimp Restaurant. After lunch the group took the ferry to ‘The Rock’ and stepped back in time to experience the legendary Alcatraz Cellhouse tour. 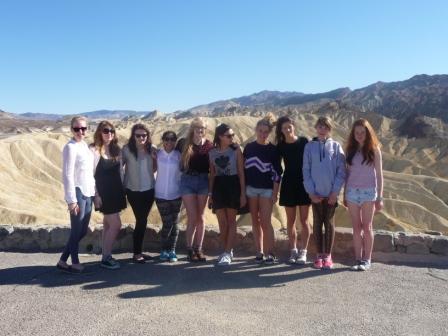 After a long coach journey through the snow covered mountains in Yosemite National Park the group spent the night in Bishop before heading into Death Valley in shorts and T-shirts! Walking on sand dunes in a temperature of 30 degrees C in this arid desert with water-fluted canyons and multicoloured rock layers was certainly a contrast to the snow and blizzard conditions from the night before. After crossing the Towne Pass at 5000ft the group descended into Las Vegas, Nevada the ‘entertainment capital of the world’ and started their evening in Vegas with a meal at the Hard Rock Cafe. With all the glitz, glamour, neon lights, spectacular water fountains and awesome roller coasters the Las Vegas Strip proved a very popular part of the tour. 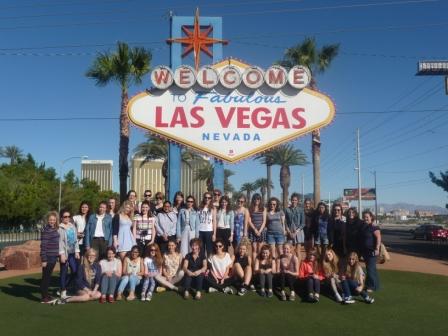 After tearing themselves away from Las Vegas the girls transferred to Tusayan, Arizona to visit one of the seven Natural Wonders of the World, The Grand Canyon. A Geographer’s paradise this awe inspiring chasm is a staggering 1 mile deep, 18 miles wide and 270 miles long. The group walked along the rim, peering down into the canyon, whilst contemplating the two billion years of the Earth’s geological history exposed by the Colorado River eroding its way through layer after layer of rock. It was hard to leave the Saguaro Cacti and clear blue skies of Arizona behind but sadly the tour ended at Phoenix where the group flew home, safely circumnavigating Hurricane Sandy! 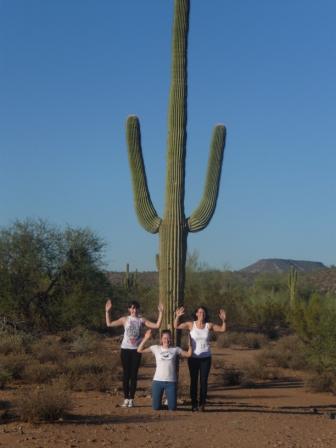