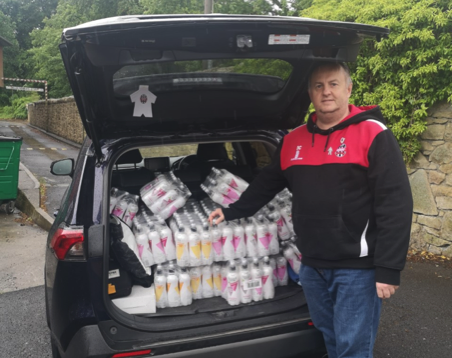 Westholme School has been helping to keep paramedics and ambulance staff hydrated during the hot weather with donations of soft drinks.

After seeing an appeal from Lostock Hall Junior Football Club on Twitter, the school promptly contacted their suppliers to rally support.

James Pate, Catering Manager at Westholme School, said: “The school saw a tweet asking if anyone was able to donate any drinks to the North West Ambulance Service because they were struggling to access refreshments. We contacted our suppliers, including Thomas Franks, and have so far donated about 20 cases of soft drinks.

“After just a few clicks everyone came together to help these keyworkers. It’s nice to see things happen so quickly. It has been a real community effort.”

Darryl Cartwright, coach and club chair at Lostock Boys Junior Football Club, is the one who has been collecting the donations.

He said the initiative was started because one of the team’s referees is a paramedic and had explained how hard it was to keep hydrated while on the road all day with limited places open to them.

He said: “The coaches are all volunteers and because football is off at the moment, we decided to volunteer by setting up a refreshment station instead at the Royal Preston Hospital for the Ambulance staff.

“Everyone has been donating items to the nurses and doctors, but the paramedics and ambulance staff seem to have been forgotten.

“We have an old ambulance that we’ve been filling with drinks and snacks such as fruit. It’s like a mobile canteen. We will continue to help as long as the help is needed. We really appreciate Westholme School’s help. It’s great to see the community come together to help our keyworkers.” 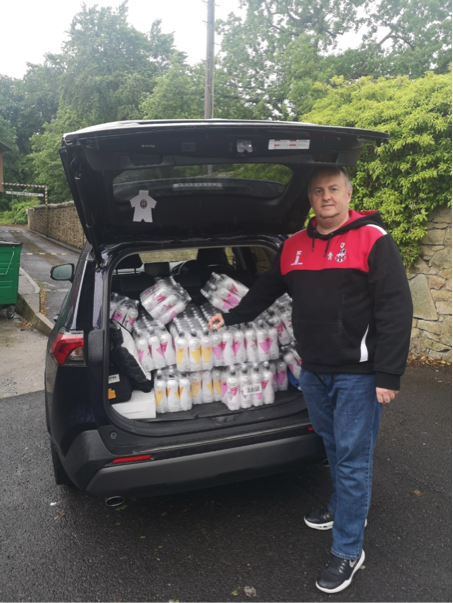 Pic: Darryl Cartwright from Lostock Hall Junior Football Club with some of the donations.