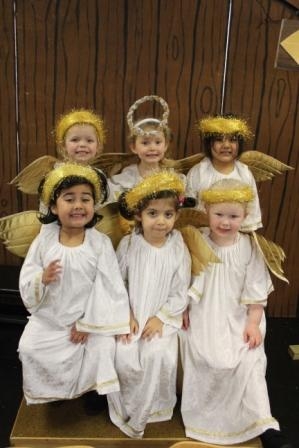 Our youngest pupils took to the stage at Billinge House this morning to perform their adorable Nativity of ‘Whoops-A-Daisy Angel’. The story tells of a clumsy, forgetful angel who is always late but who is given a very important job – to go to Bethlehem! 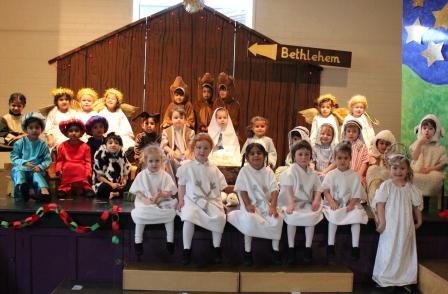 It was hard to believe that these were our Preschoolers; children who had only joined the Infant School in September and not one of them over 4 years old! 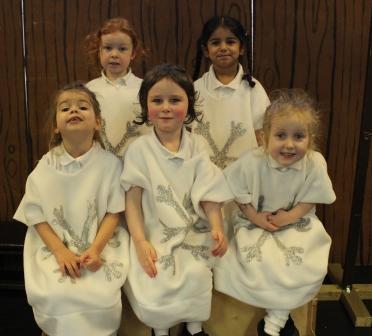 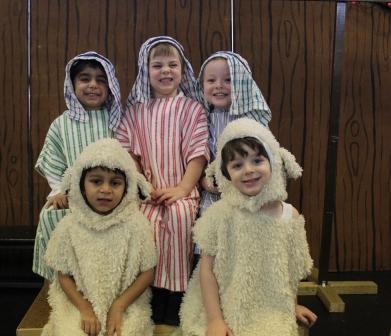 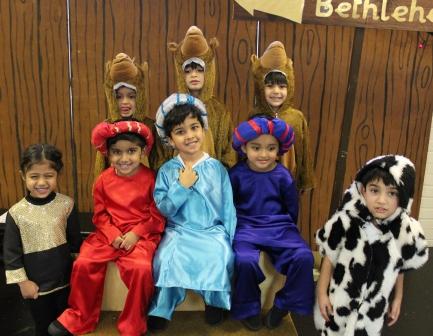 The costumes were divine and the singing was beautiful, clear and extremely tuneful. Heart warming songs including ‘We’re so angelic’ and ‘Six little snowflakes’ complete with matching actions had the audience transfixed. 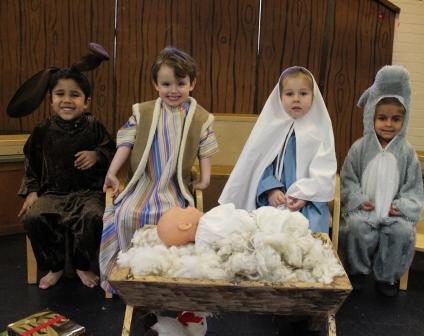 The children were clearly delighted to perform in front of such a supportive audience. 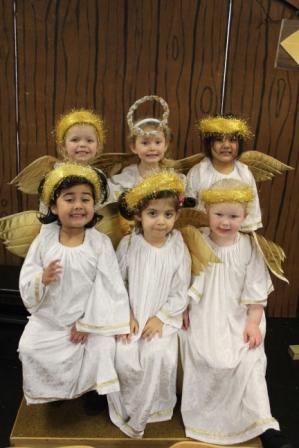 What a wonderful start to the festive period at Westholme!