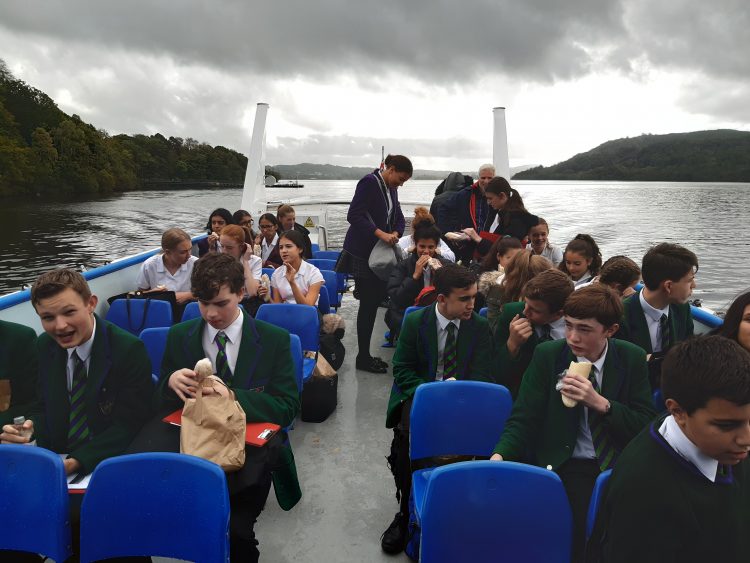 51 Year 10 geography students headed to Bowness-on-Windermere for the day on Thursday 26th September.  It was cloudy with occasional downpours and somehow we dodged nearly all of it.  We had an interesting talk by a national park warden about the attractions of the Lake District but more importantly for our course she gave us plenty to think about in terms of the impacts, both positive and negative, that tourism can have on an area like this. 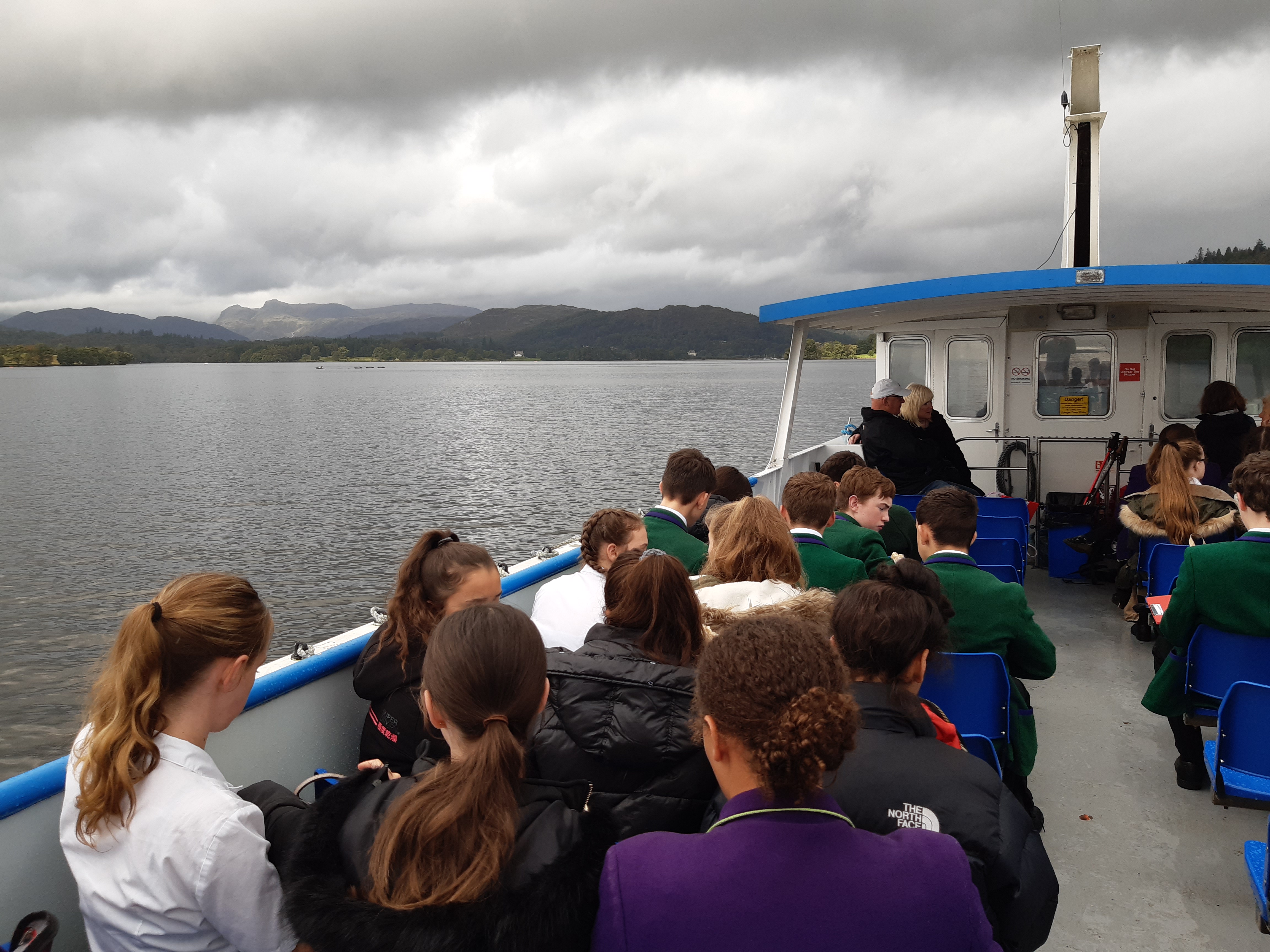 We then took the Windermere ferry to Bowness somehow dodging the worst of the showers but giving us a fantastic view of the hills and landscape around the area.  The pupils then had two hours to work as a group and collect the information needed to complete a study into the effects of tourism on Bowness.  They all completed the various surveys and some of the braver ones were findings tourists and questioning them about their opinions of the area. 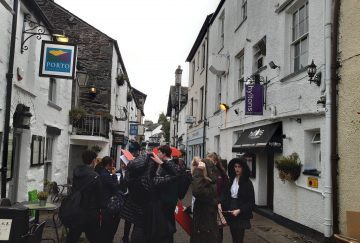 Everyone was back to the coach on time and despite a bit of a damp day they all managed very well.  Hopefully some may wish to return in their own time to explore further afield in this stunning world heritage site we have just an hour away from the school.