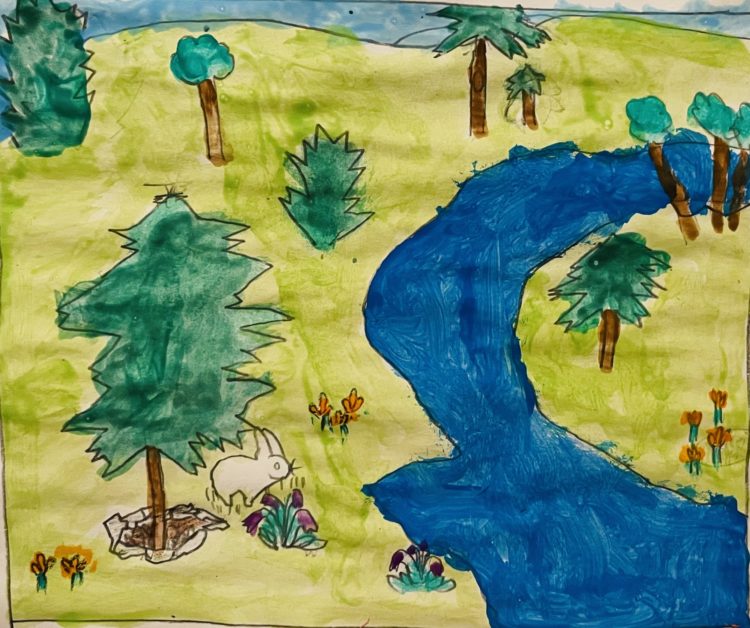 This half of term, our lockdown learning has continued live each day on Teams with our varied timetable and day to day lessons.

In recent English lessons, the children have been reading The Highwayman by Alfred Noyes and discovering the relationship between the mysterious highwayman and the landlord’s daughter Bess. They were not shown the ending of the poem and have had to think of their own ideas to create their own ending. We look forward to writing these in school next week.

During Science lessons, we have continued with our topic on Science and we have been studying famous scientists such as Aristotle, Ptolemy and Copernicus. We have discovered the differences between the geocentric and heliocentric theories as well as researching facts about each planet, including the recent landing of Perseverance on Mars! Next week, we are learning about an inspirational scientist who was a personal favourite of Mrs Butler’s – Stephen Hawking.

Year 5 did not disappoint in their deforestation debate before half term! Despite debating via Teams, the children took on their roles as cattle farmers, pharmacists to name but a few and argued and supported each other admirably. Rivers has been their new topic and they are learning about famous rivers in the world. They even had a Top Trumps contest online to see which of their rivers had the greatest length or countries running through it.

In Art, Year 5 have been considering what makes a landscape and have used their artistic talents to create their own landscapes which you can see below. They used a variety of media depending upon what they were able to get access to at home. I think you will agree that there are some budding artists in our class!

We have continued to enjoy all things Tudor during our history studies and in particular, the Spanish Armada over the last couple of lessons. The children were set the task to report on the battle as though they were news reporters and they didn’t disappoint! Sound effects, costumes, microphones and a few family members later, the results were highly entertaining as well as informative. Please click on the names of Bobby and Arjun to see their videos.

Mrs Butler and Mrs Burton were extremely happy and excited to hear Boris Johnson’s announcement about children being allowed to return to school and they cannot wait to have all their lovely children back next Monday! The classroom has been very empty without them all and they have been missed. Year 5 have made Mrs Butler and Mrs Burton burst with pride as each week has come to an end and the level of excellent work increased. As well as the supreme effort of all those children at home, a special well done must also go to Advay, Zach and Aydaan for their wonderful effort in school and for keeping the two Mrs Bs’ entertained throughout lockdown! The Year 5 parents also deserve a huge thank you for all their organising, printing, feeding and support over the past two months.