Friday 24.03.17
The day of the highly anticipated residential had finally arrived. The excited children safely reached their destination and were keen to experience the activities on offer. After being shown around what was to be their home for the next few days, the children were soon kitted out and ready for their first round of activities. 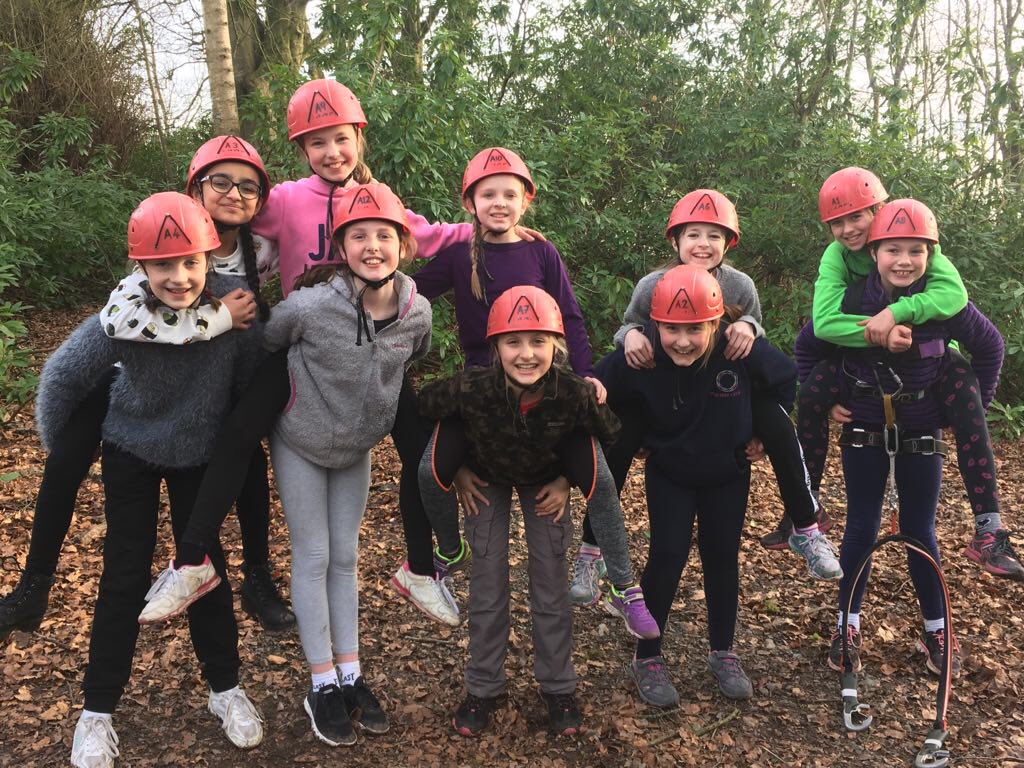 One of the activities on offer involved the children working in small teams to guide each other around an obstacle course. In theory this seemed like it was going to be a stroll in the park until the children were informed that blindfolds had to be worn. However, the pupils’ willingness, determination and perseverance were all apparent and on display. After some initial teething problems the groups finally conquered the course. Despite no personal bests being set, great fun was had by all. 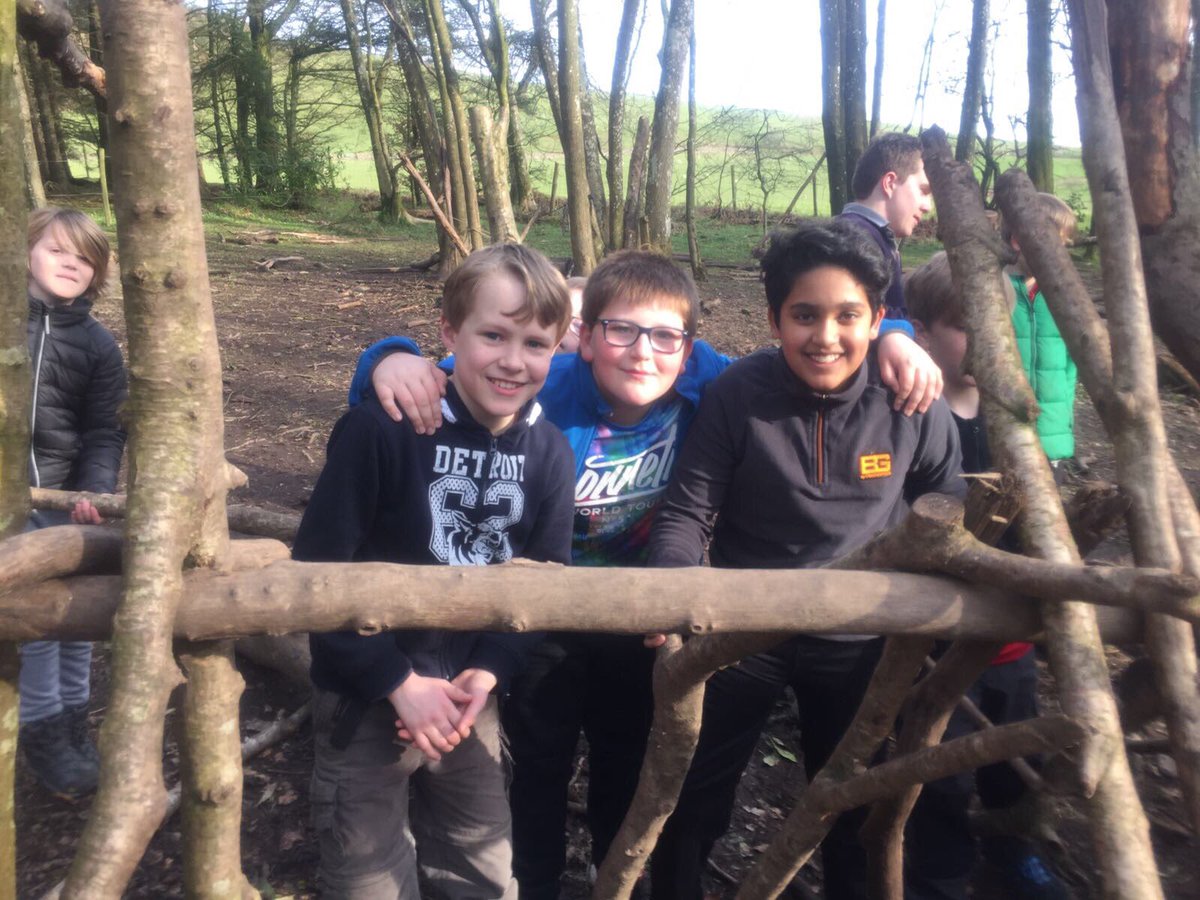 With the sense of vision reinstated for the other activities, the children soon headed on to the next adventure: the climbing wall. For some children in the party this would be an attempt to overcome any preconceived fears of heights. Whilst for others this was the opportunity to race against the clock. 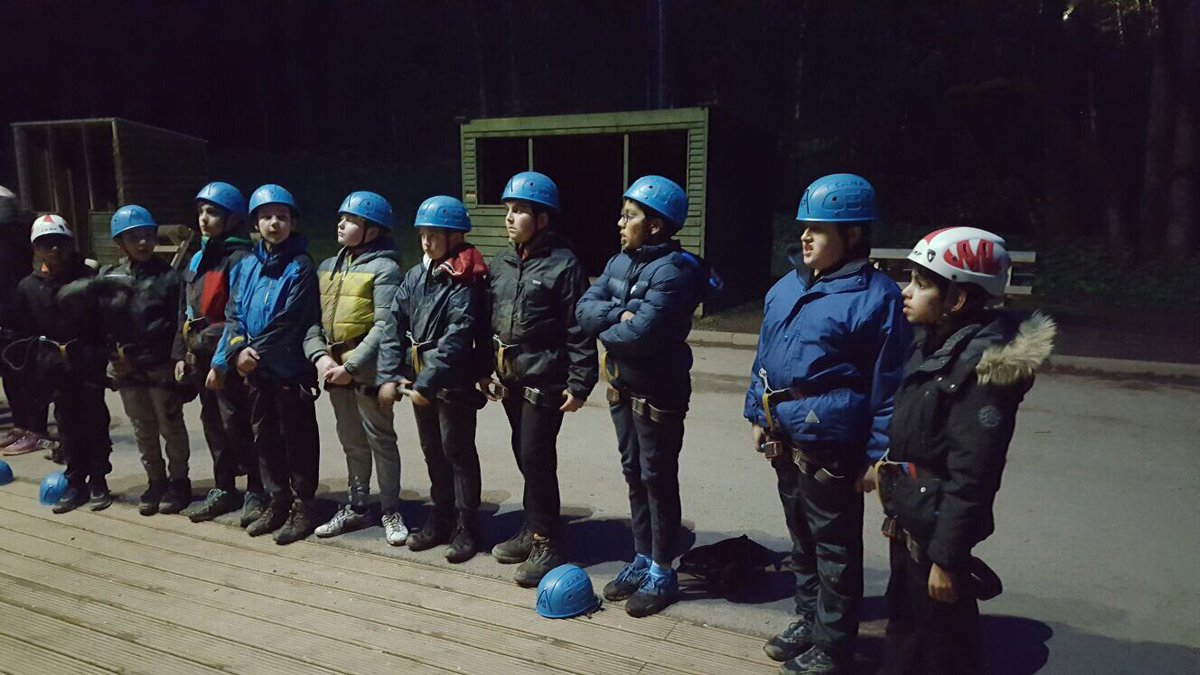 On a very challenging wall some children still impressively dashed up the rock face and reached the summit. For most other members of the group, with the encouragement and guidance of the wonderful instructors, their confidence slowly blossomed and self-doubt was smashed to rock dust. By the end of the session all of the children had gained a real sense of achievement. 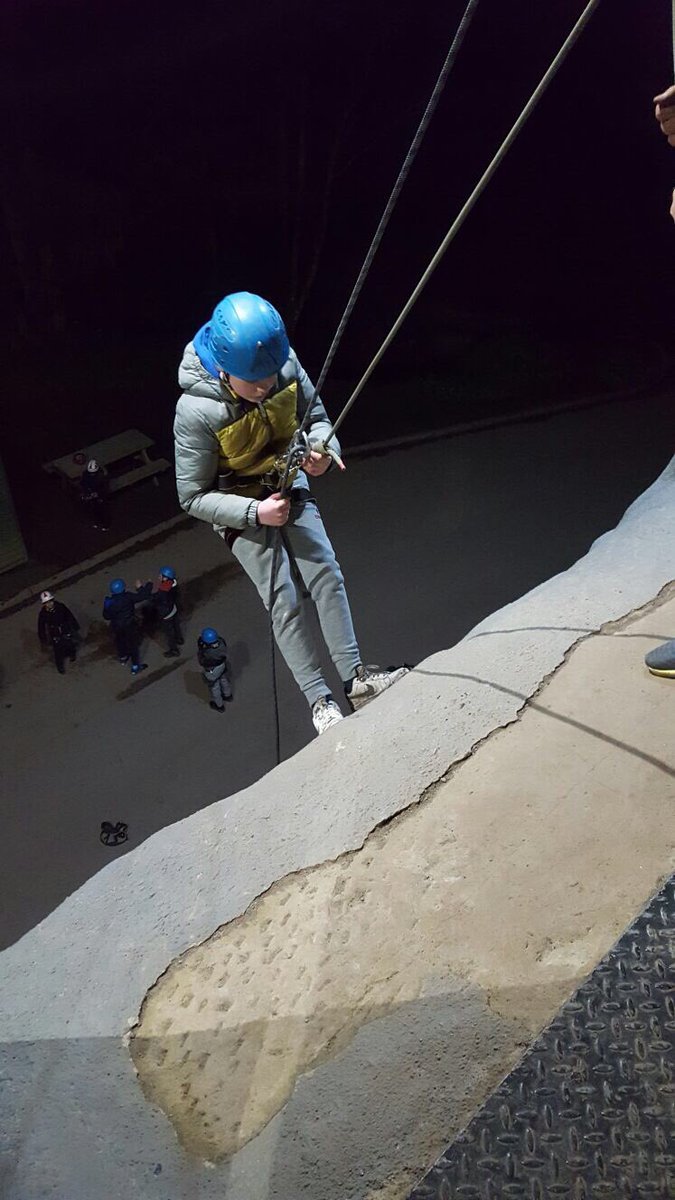 Saturday 25.03.17
After re-energising in the morning with a continental and full English style breakfast the children were ready for the wonderful range of activities on offer. It was the time for the children to attempt to complete the low ropes as they successfully tackled a range of obstacle stations where communication and teamwork were essential. 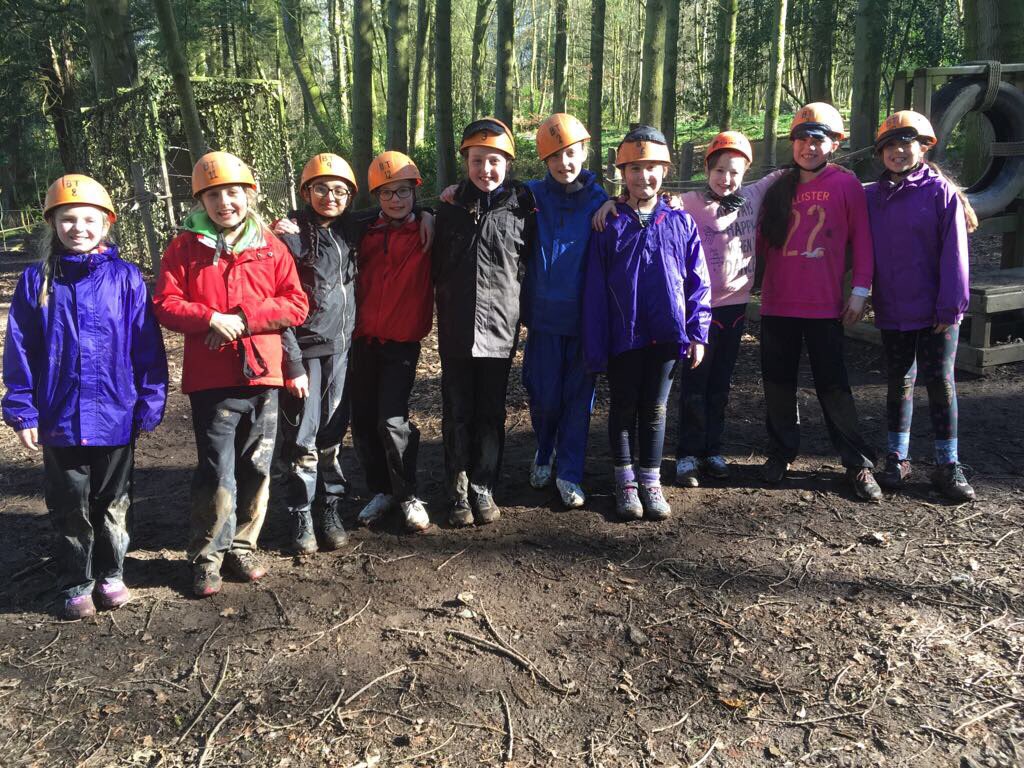 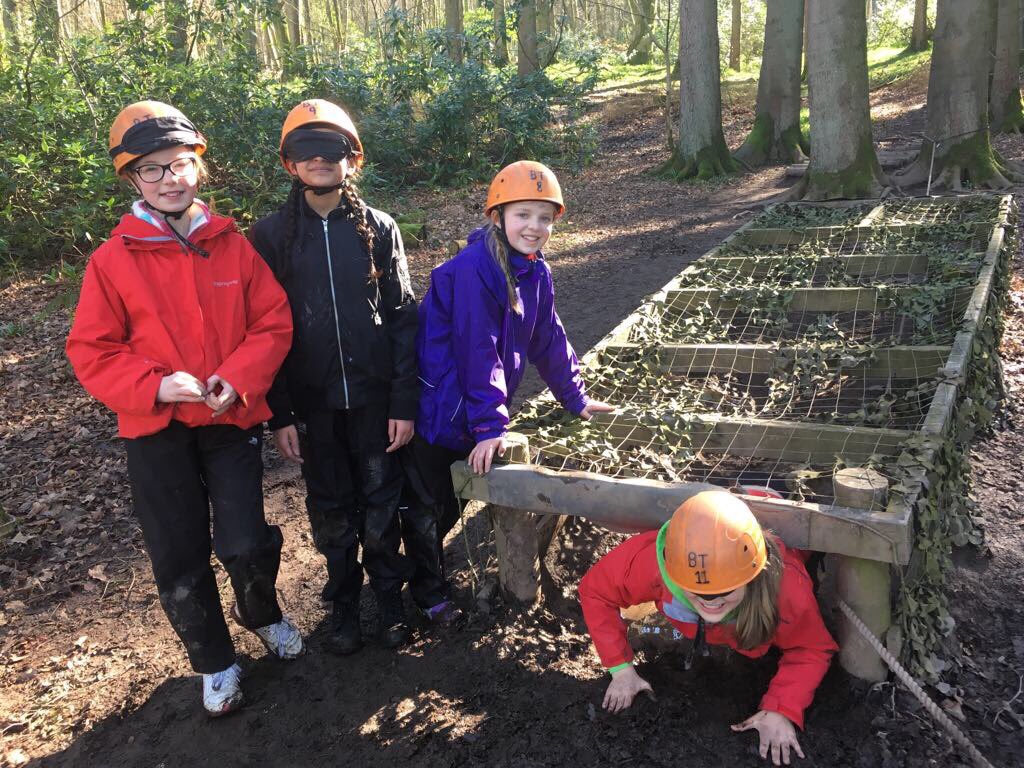 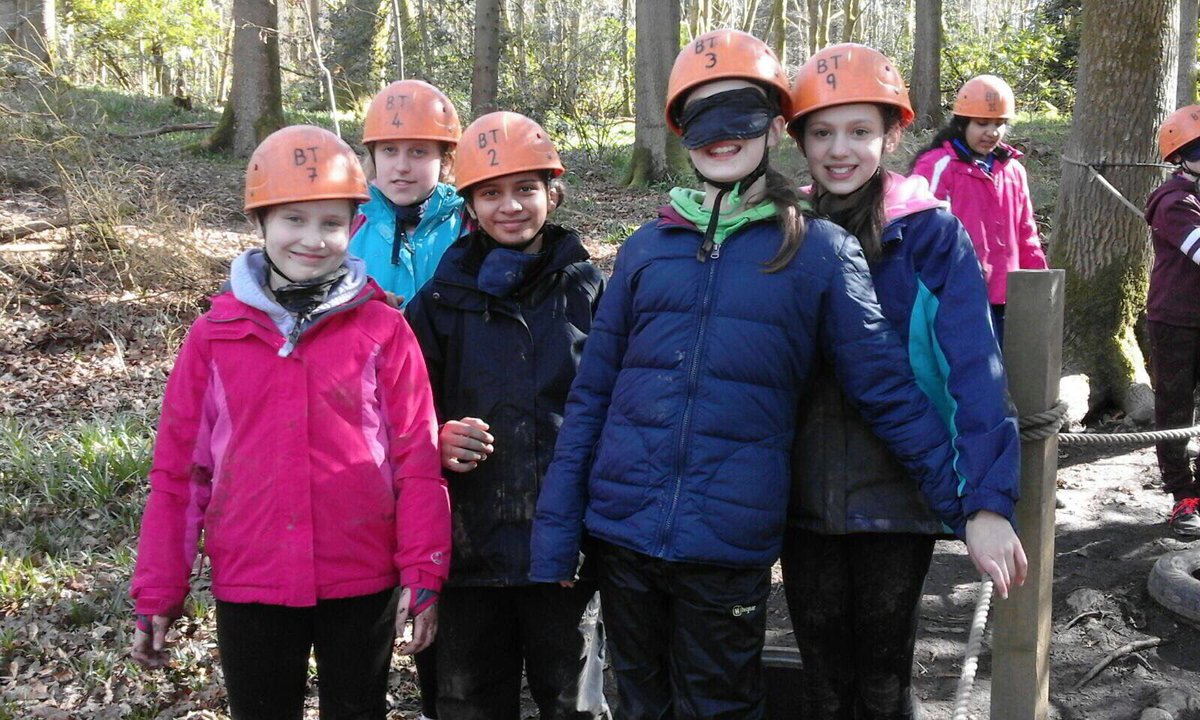 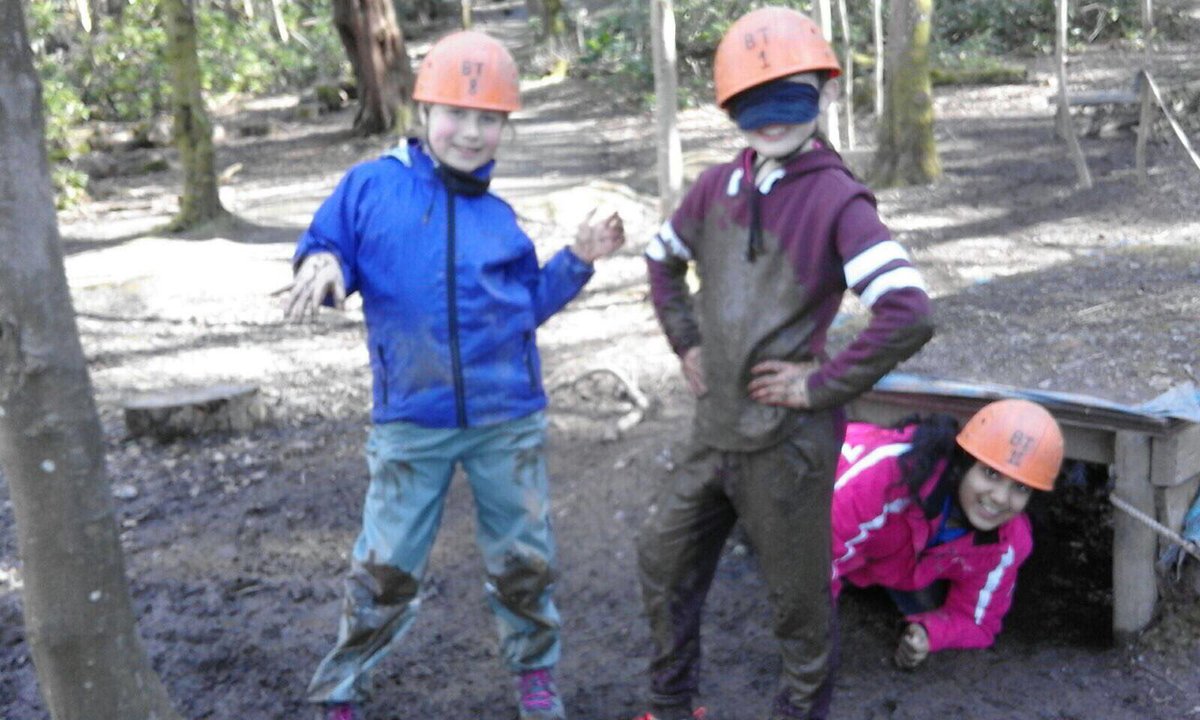 After a tasty  sumptious lunch the children prepared themselves for the next feast of adventure. For the afternoon the children headed away from land and grabbed their buoyancy aids and cags and headed out onto the water. With the Scottish sun shimmering down on the lake, all of the groups headed out onto the calm water in their kayaks and canoes to play numerous individual and team games. These games certainly allowed the children to develop their kayaking capabilities and canoeing control. Laughter, smiles and giggles were all the results of an entertaining experience. 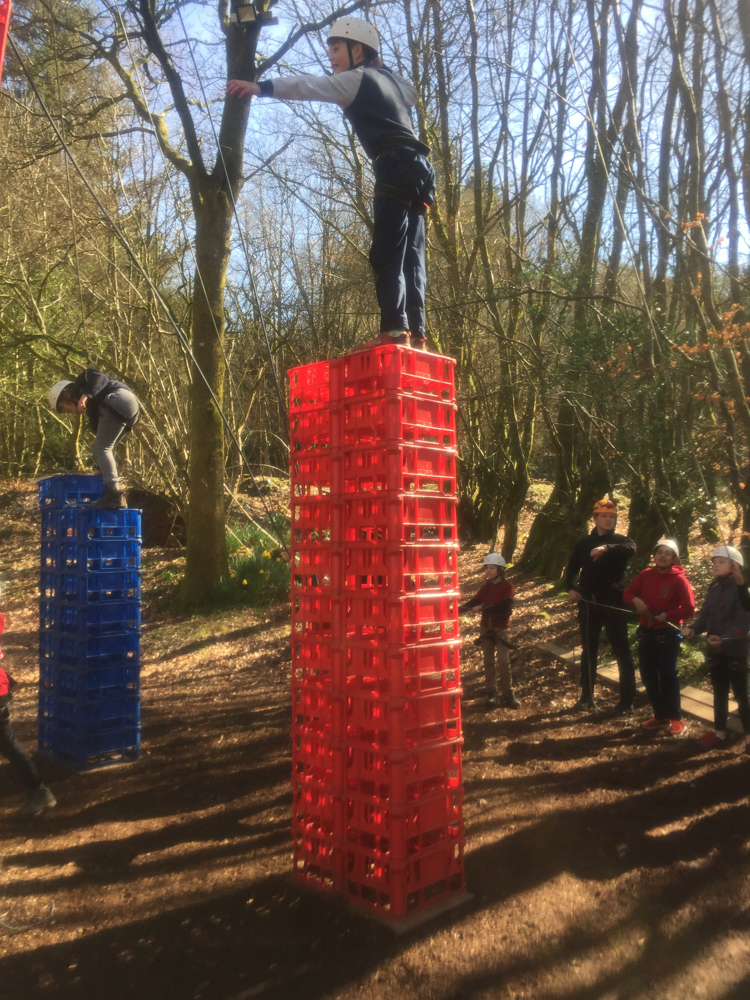 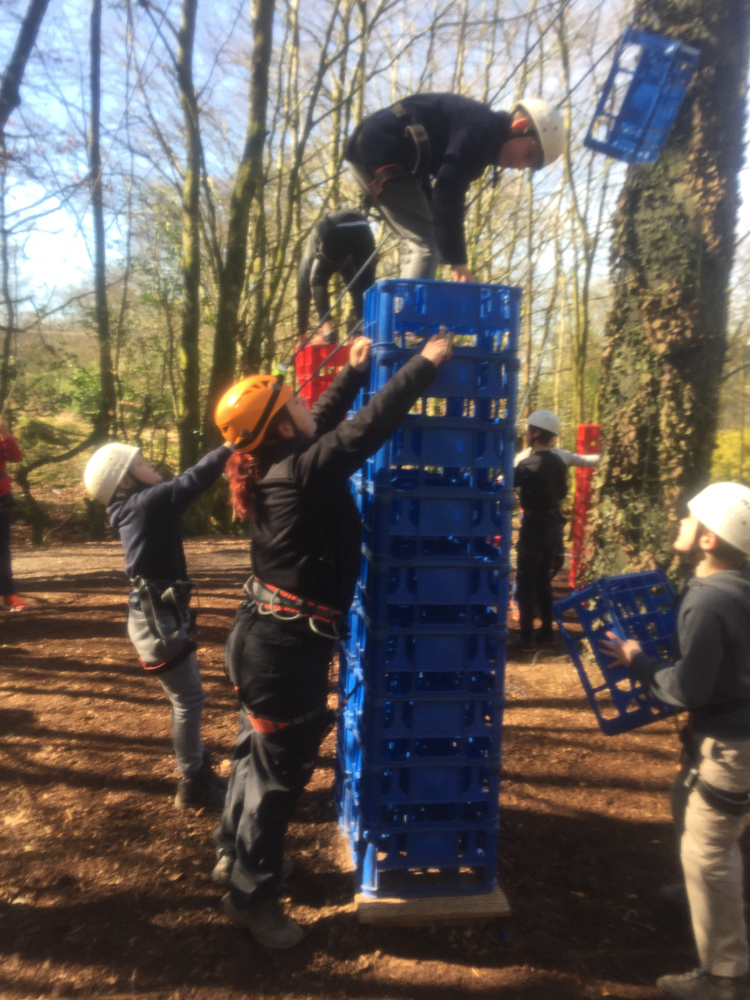 As the sun began to fall and the temperature began to slowly drop there was still enough time for one more evening session. Crate stacking, and the abseiling sessions really tested the children. Through determination and a willingness to try new things the children’s self-confidence began to flourish and ‘crate’ fun was had by all!

Sunday 26.03.17
Sunday was yet another successful day in the Costa del Lockerbie sunshine. On another glorious morning the children soon packed their bags and were ready for the final day of action. An early breakfast prepared the children for their final morning in the beautiful grounds of their weekend retreat.

Soon it was back on to the rock face for awesome adrenaline activating abseiling. This particular activity went down extremely well. First up for other groups was shelter building. Using branches the children had to build structures that were stable, strong and structurally sound. Working in small teams all the buildings provided some degree of shelter. 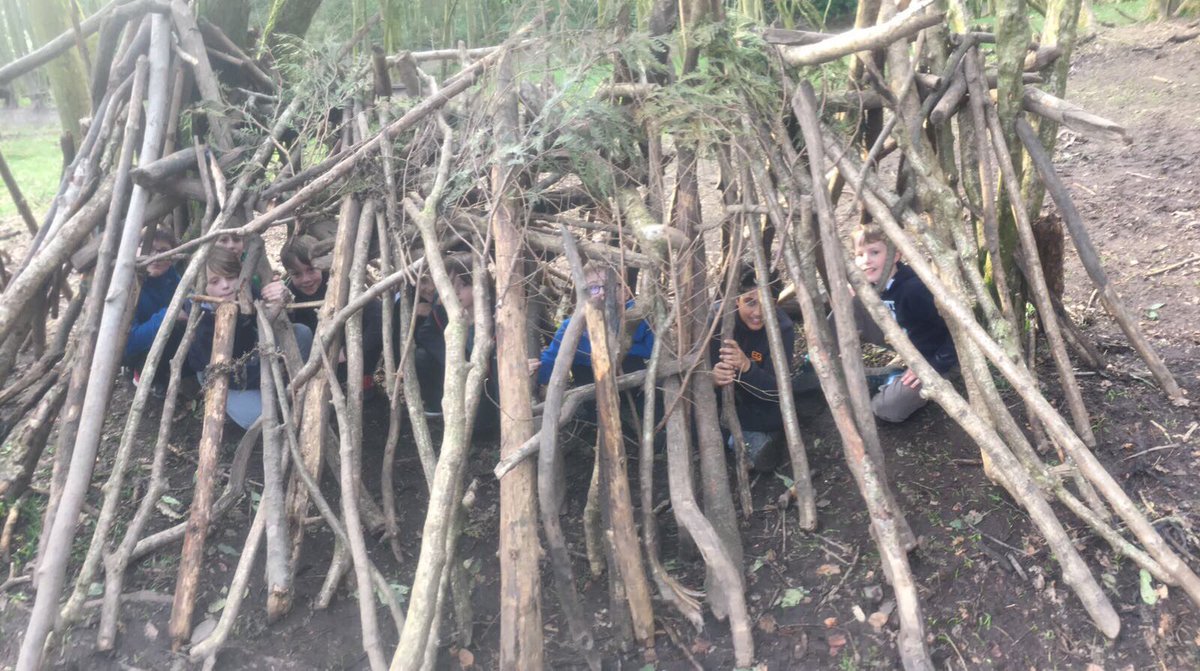 After break it was time to put the safety gear back on and for the children to take to the high ropes. Some children swiftly raced around the high ropes circuit showing immense agility and coordination. However, with the support of the centre staff all of the children tackled at least some of the daunting obstacles. 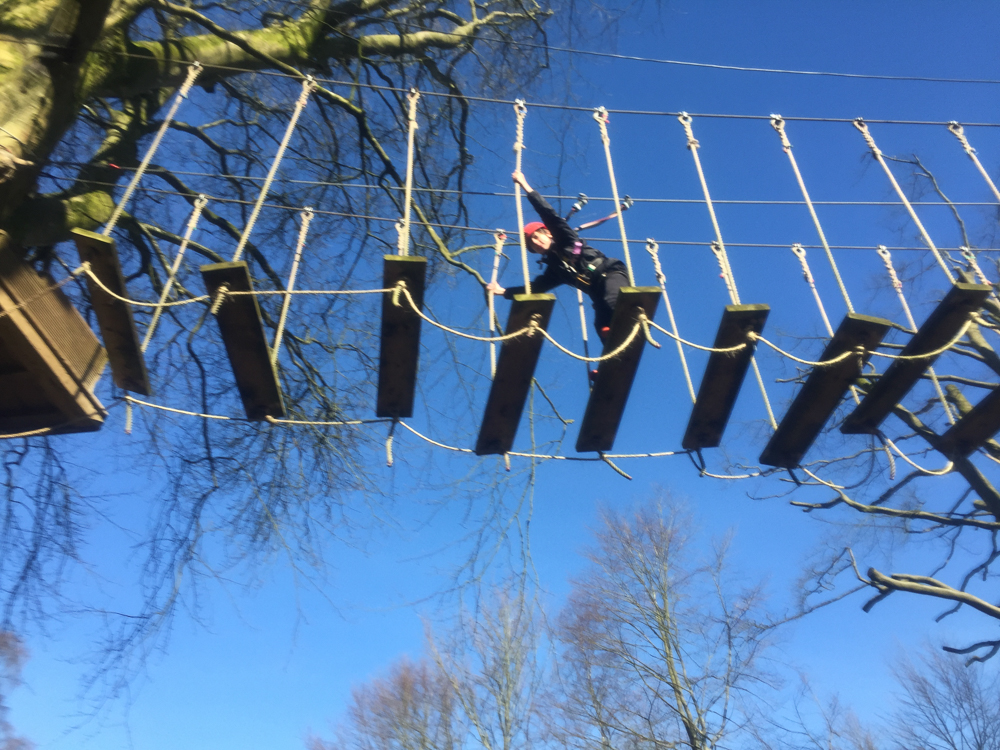 The children’s bravery and encouragement of each other gained rave reviews from their instructors. Over the course of the morning the children had certainly worked up an appetite. 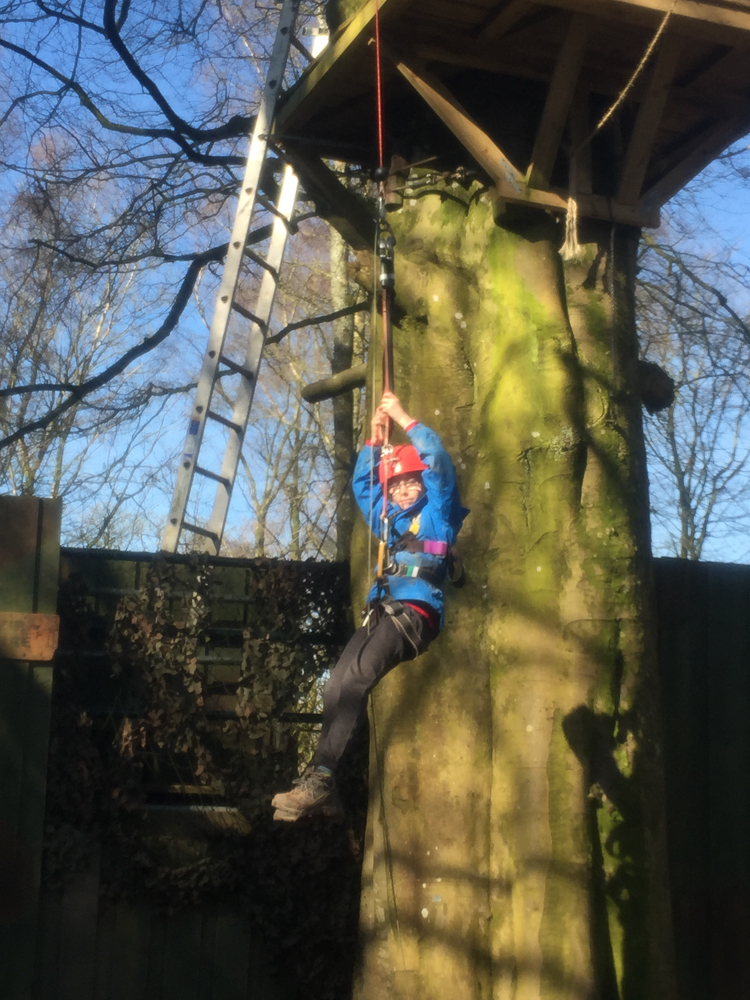 Back in the dining hall they tucked into yet another tasty meal! Shortly after, the coach was packed with suitcases and full of tired children catching up on their sleep on the return journey back to school. The excitement and challenges of the weekend had certainly lived up to expectations. An amazing time was had by all.