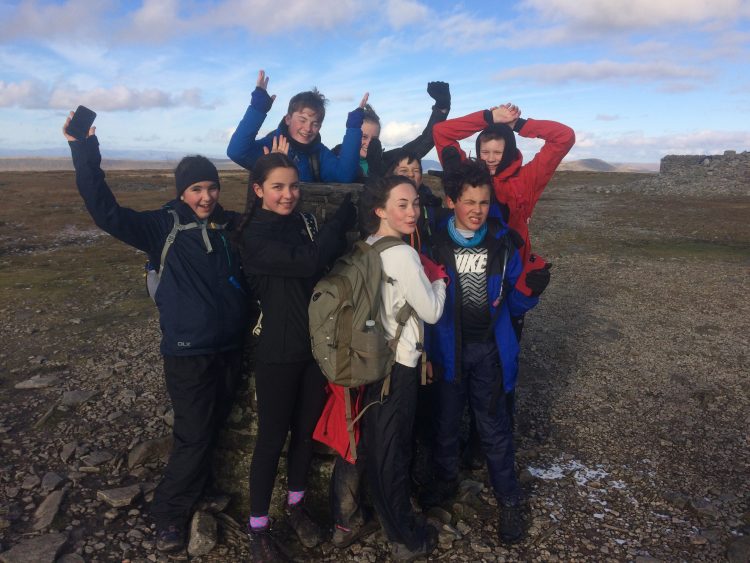 This weekend, 12 students from Year 7-11 set off for the Yorkshire Peaks to take part in their own 3 Peaks Challenge.

We started with a dramatic looking ridgeline called Pen-Y-Ghent. It was bitterly cold, but everyone dug deep and managed to get to the summit (694m high) of their first peak.

Once down, and in more shelter a quick bite of packed lunch was grabbed before heading to Whernside. The conditions had got tougher and only 4 students chose to tackle this one, the highest of the three peaks challenge. With every piece of clothing on that they owned, head torches on, they set off.

Meanwhile the others checked into the bunkbarns, and started cooking dinner for everyone. Whilst chaos ensued with onions making everyone cry, but no fingers lost to sharp knives or to add flavour to the Bolognese, the others were battling it out in ferocious winds and blizzard conditions on the ridgeline. 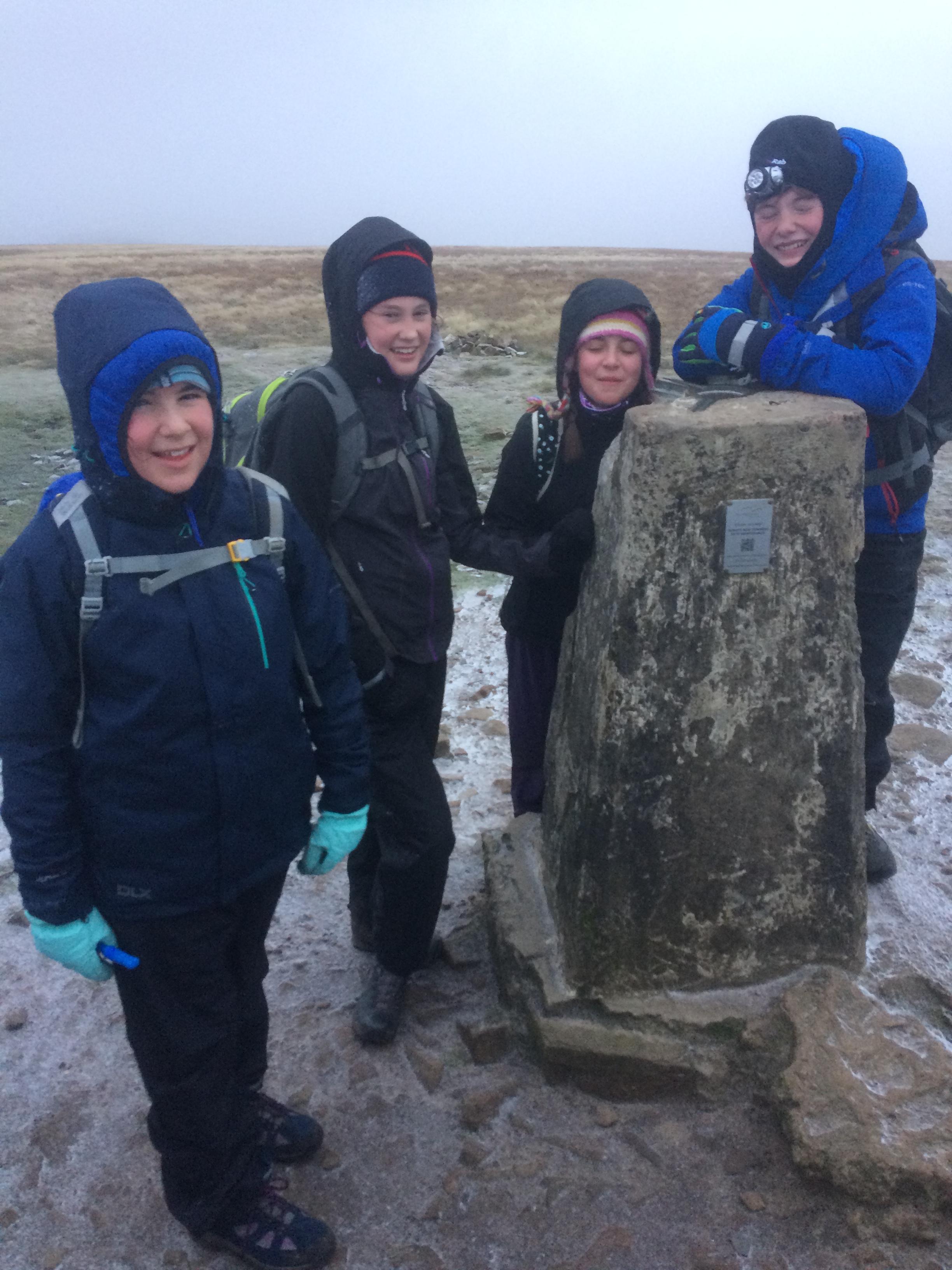 All made it to the top(736m) without being blown off, and with a wind chill of -15’c they made a hasty retreat, needing head torches for the evening descent. Remarkable toughness shown by Isabelle Eastham, Annabel Hiller, Tom Pearson, and Poppy Barnett. 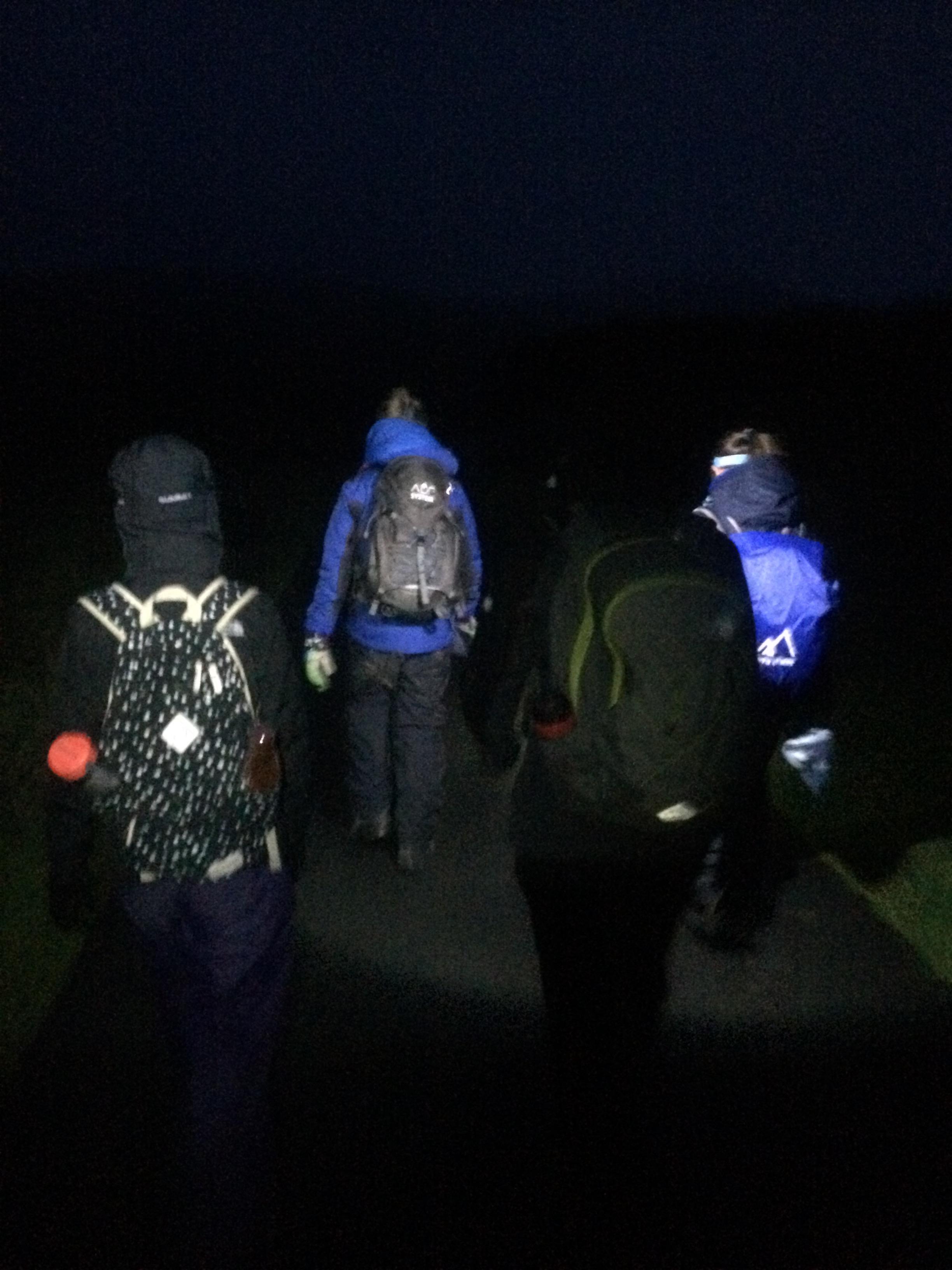 A fun evening was had with the students cooking, eating, attempting to wash and clear up as well as the all important dancing to music and making TicTok videos. A decent sleep later breakfast and making their own packed lunch and everyone was raring to go on a stunning sunny Sunday.

We set off up the final peak Ingleborough, via Trow Gill where we scrambled between the rock walls and onto the plateau. 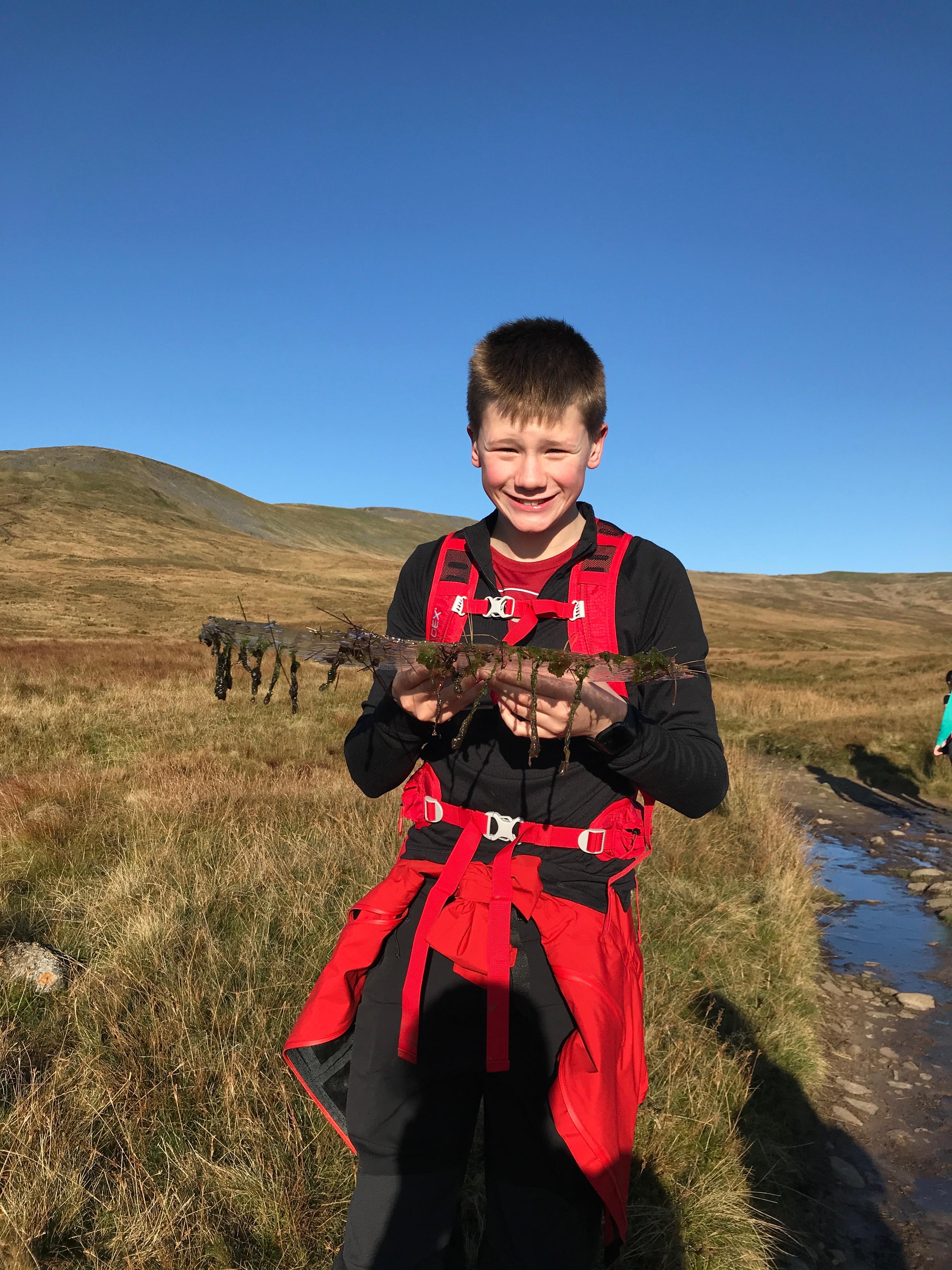 Puddles were frozen solid (needing the boys to smash sheets of ice over their heads of course!) but the sun was glorious. 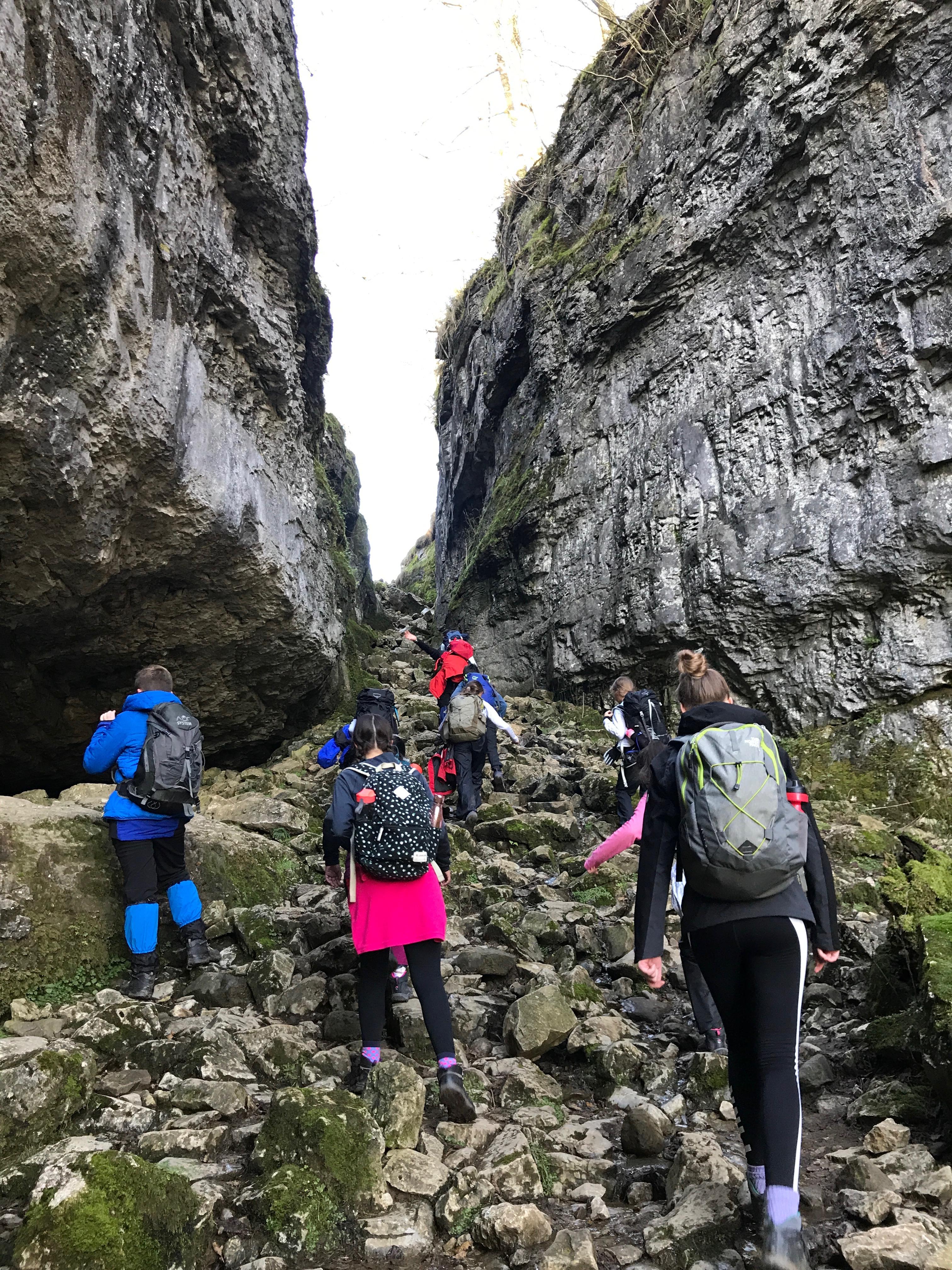 We got to Gaping Gill where the river dramatically drops into a cave 150m below through the limestone, where a quick snack/lunch was eaten before heading to the summits. Three Y7 girls aimed for the Little Ingleborough Summit which was a great achievement, rewarded with views to the coast, the lake district and snowy mountains!

The rest of the group pushed on fast to the top summit of Ingleborough (724m) for a brief photo on the windy top before a long descent back down to catch up with the rest of the group. It was a less trod path back, with plenty of moss to slide and slip on, grass and stoney limestone pavements to fell-run down and sheep skulls to entertain! 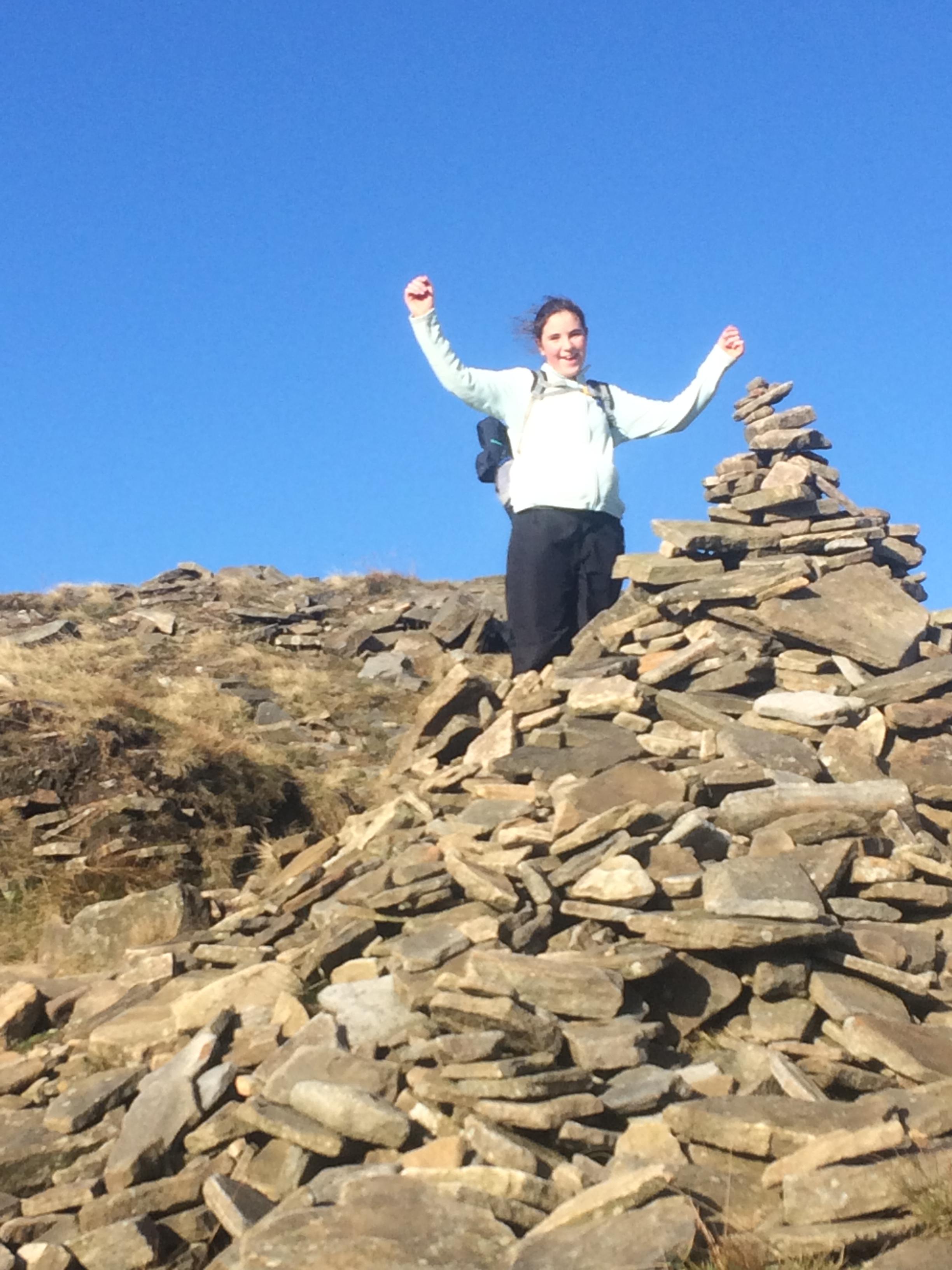 A very worthy achievement had by all with some full on mountain days and good team spirit encouraging those who were finding it more challenging.