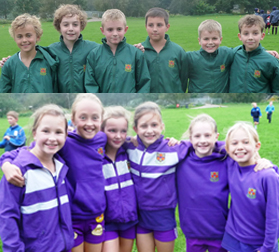 A joint effort at the BPSSA Cross Country Tournament

The first of three races in the BPSSA Cross Country tournament took place at Witton Park.  As always, both our boys and girls put in a tremendous amount of effort and it was clear to see a mixture of purple and green vests from very early on in the race.

In the boys team, Dominic Naylor came second, after having a lead for a good section of the race. Other boys finished as follows:
James Hartley  32, Tom Dixon  34, Joseph McGurk  45, Joseph Shield  53 and Harrison Holden  61.

In the joint event, we are currently in 2nd place.

There were twenty teams in the race and the girls are in the lead by 15 points over the nearest school. 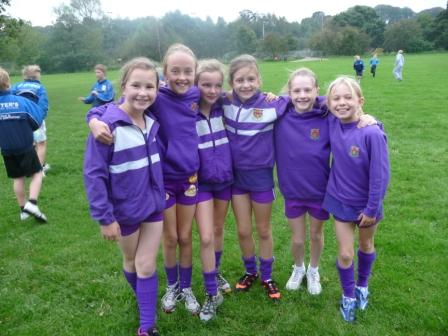 Well done to all who took part and good luck for the next round.