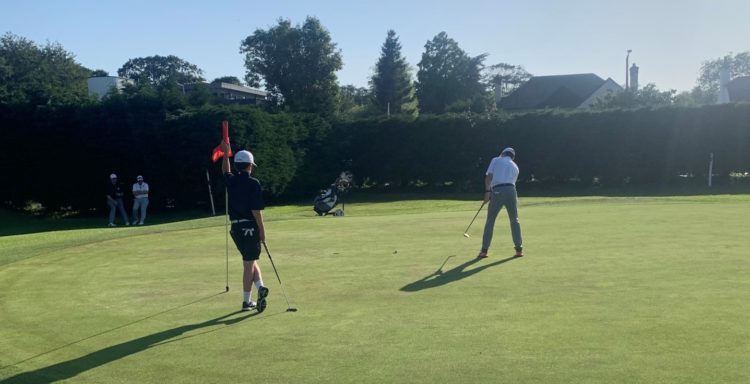 Congratulations to Fynlay in Year 10 after having finished a fantastic golfing season.

He entered the 2021 season as the reigning U’14’s Lancashire County Champion, having won the tournament held at the stunning Lancaster Golf Club last year with a Handicap of 7.5.

He began this season with the goal of getting his Handicap down to 4.0 and has managed to achieve this, having reached a Handicap of 3.2 by the end of the season. Everyone at Westholme would like to congratulate Fyn on his achievement.

Some of his season highlights have included:

⁦@Flegood⁩ sinks the winning putt on the 18th ⁦@lythamgolf⁩ for the victorious ⁦@Lancashiregolf⁩ U16/15/14 boys team. 9.5 to 8.5 win over old rivals ⁦@YUGCUK⁩ some great young talent on show for both teams. 🌹 pic.twitter.com/EG2oR8YMtQ

Well done Fynlay, and keep up for the good work!