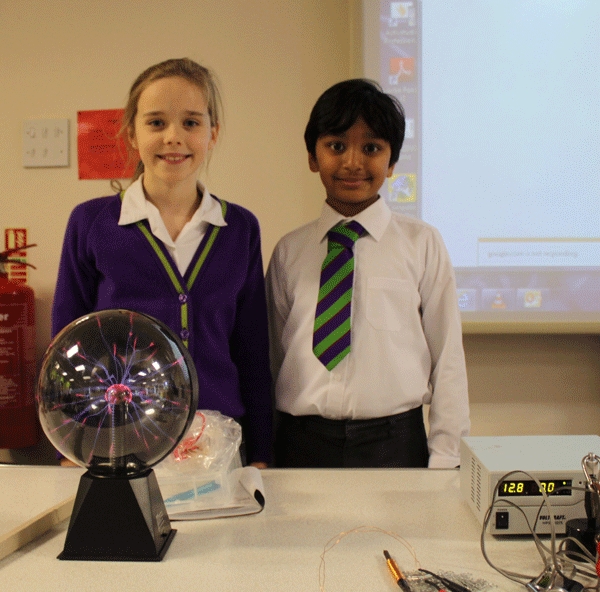 On Wednesday, the Royal Institution for Science came to school to present their science show “Feel the Power”.

The junior children were captivated by the experiments displaying static electricity, electro-magnetism and a human reconstruction of how electrons move in the atom!

Years 7 and 8 students were equally excited and enthused as previously ground breaking research was reconstructed before their eyes including Volta’s experiments which had created the earliest forms of the battery.

Lots of parents and children attended the community show in the evening and witnessed a screaming jelly baby, exploding film canisters, a spectacular fire ball and a tug of war which involved pulling two catalogues apart – not as easy as you might think! The evening show also raised a fantastic £133.60 for the Jeans for Genes charity – thank you to everyone who donated.

It was a sensational, sparky, inspiring day of scientific investigations.