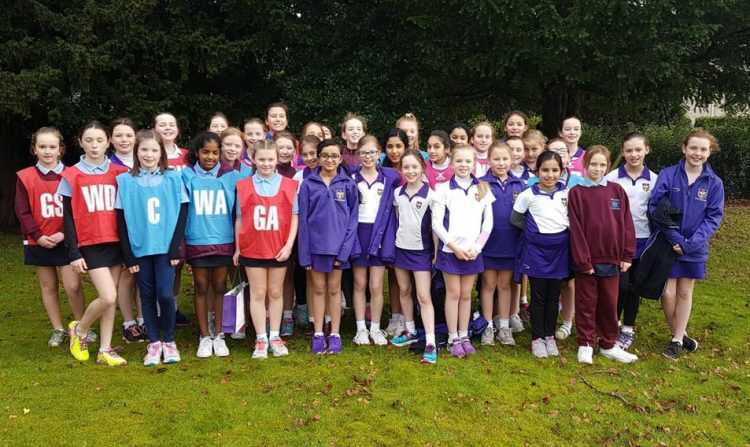 On Friday, 20 very excited girls drove Mrs Shipley to distraction all morning as they eagerly awaited lunch and our departure on a long awaited sports tour. 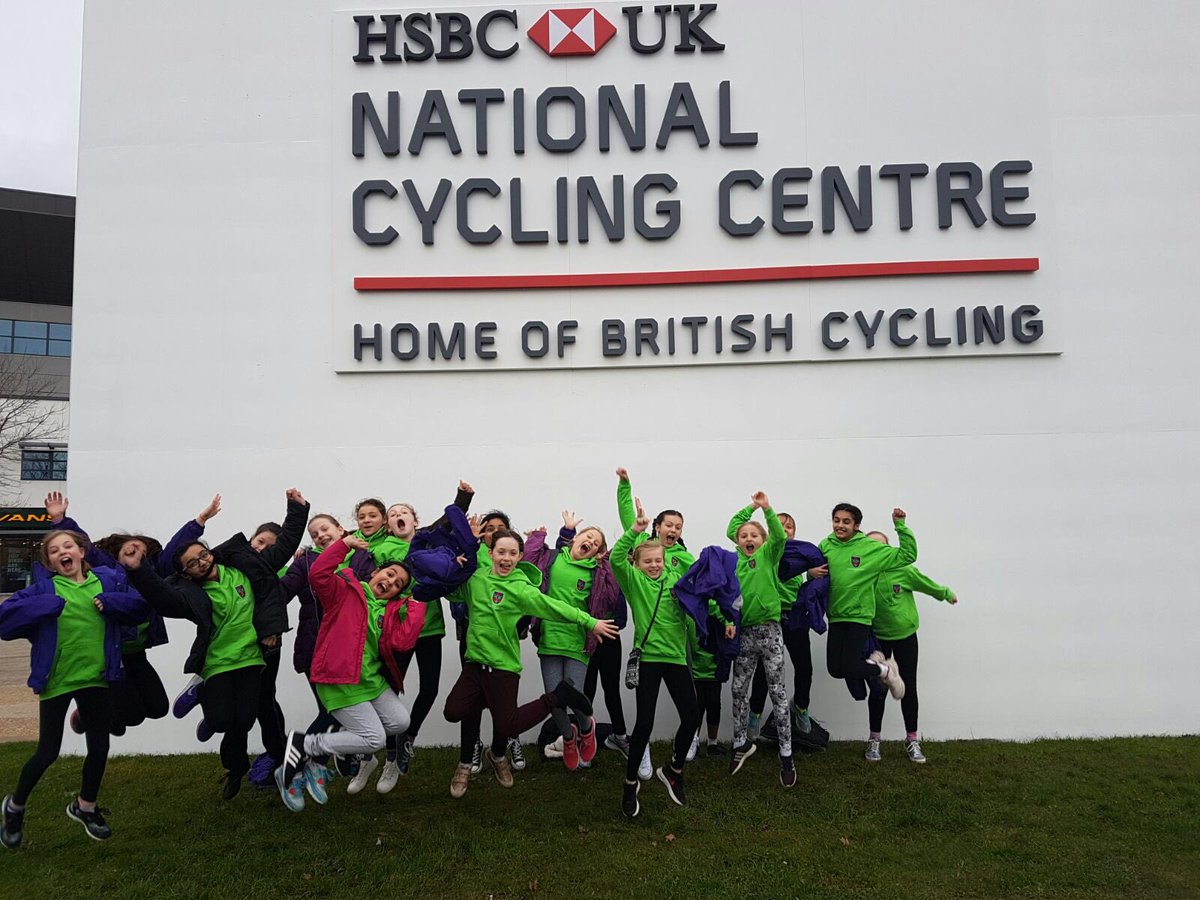 Kitted out in lime green, the tour set off for the velodrome where we were treated to some of the Great Britain cycling team in training. The girls were truly astonished at the angle of the track and the sheer speed the cyclists hit the wall. 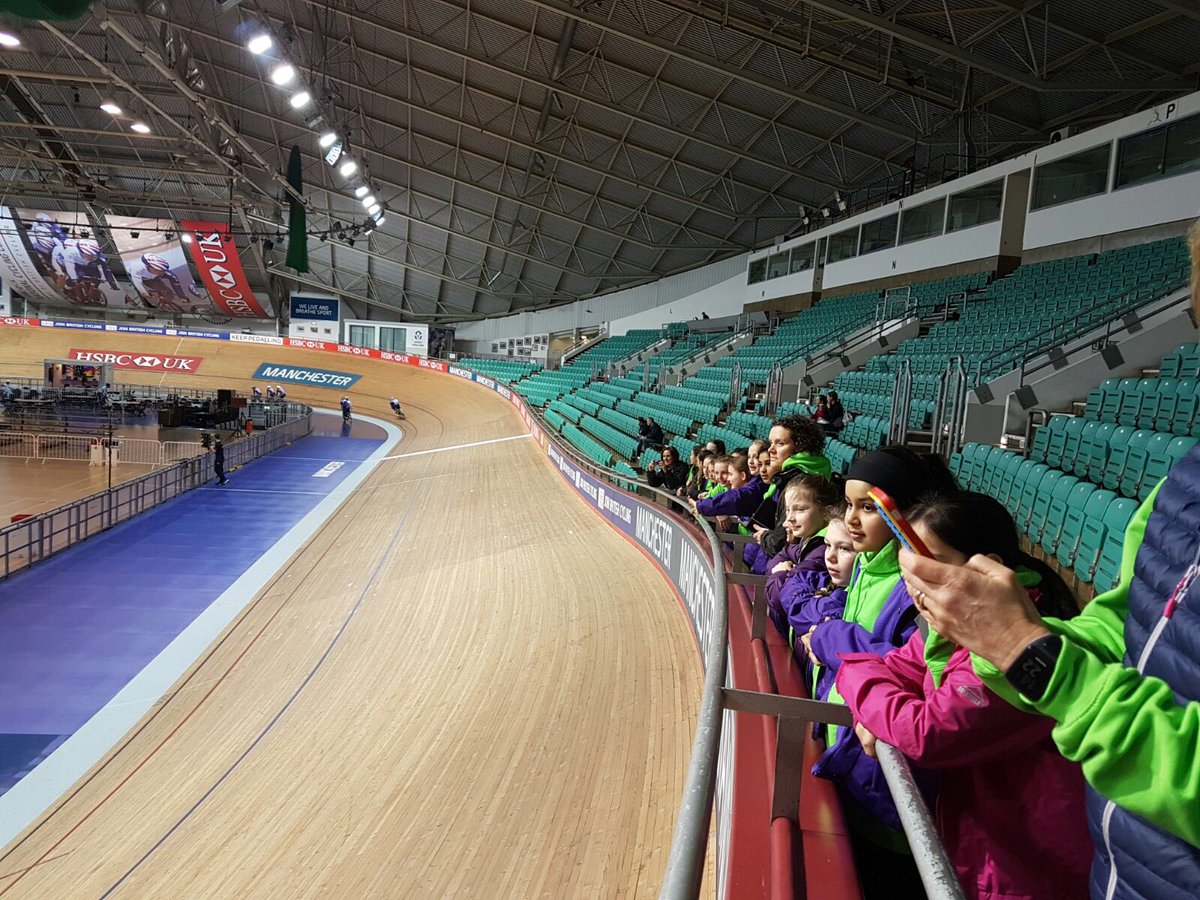 Our guide filled us with facts and then took us to see the indoor bmx track which is one of only 2 indoor tracks in the world…the other being in Moscow…. no we won’t be going there next year girls!! 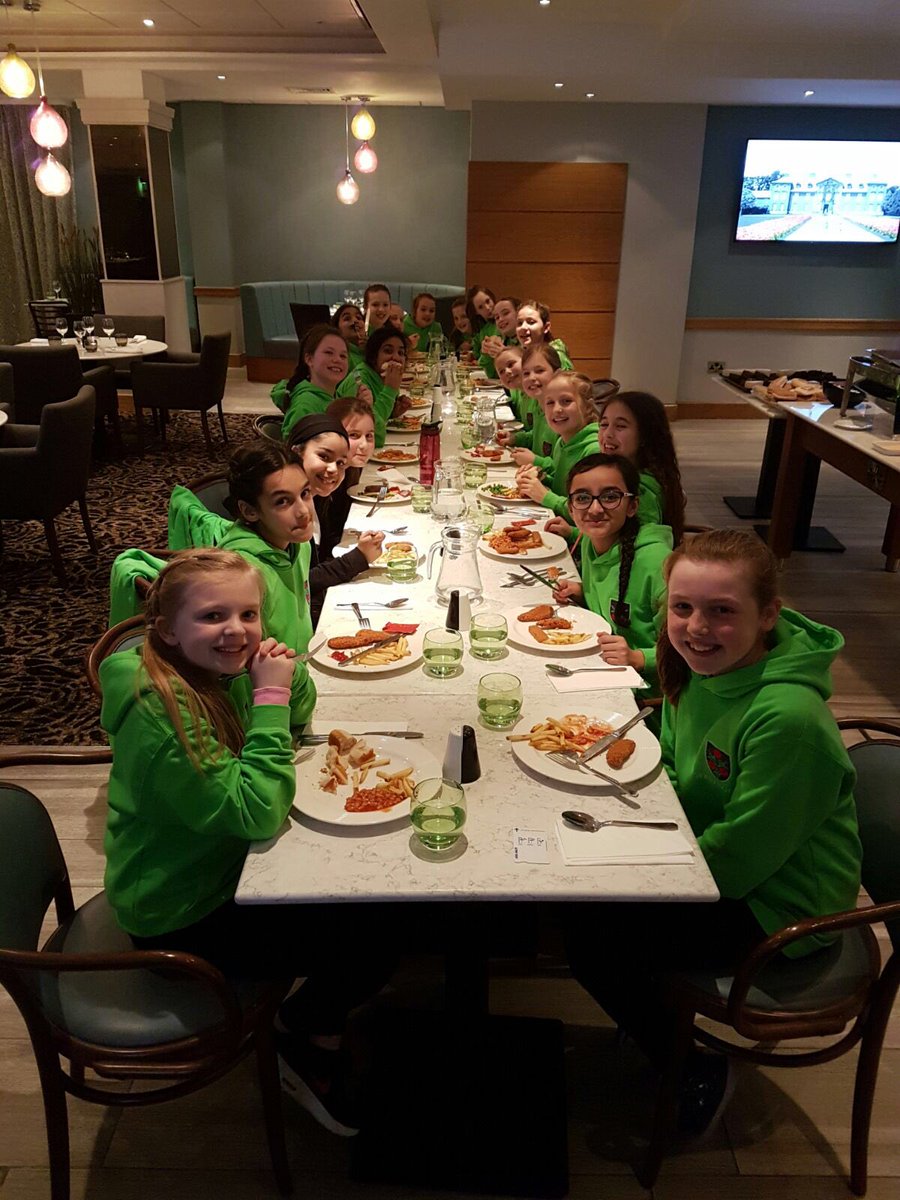 It was then off to the hotel to check into our rooms and change for the evening entertainment and after a lovely evening meal it was time for Jump Nation to bounce the night away and practice our moves. The challenge was laid down between Staff and pupils, the game – Basketball on the bounce, and the girls found out just how competitive the staff can be! 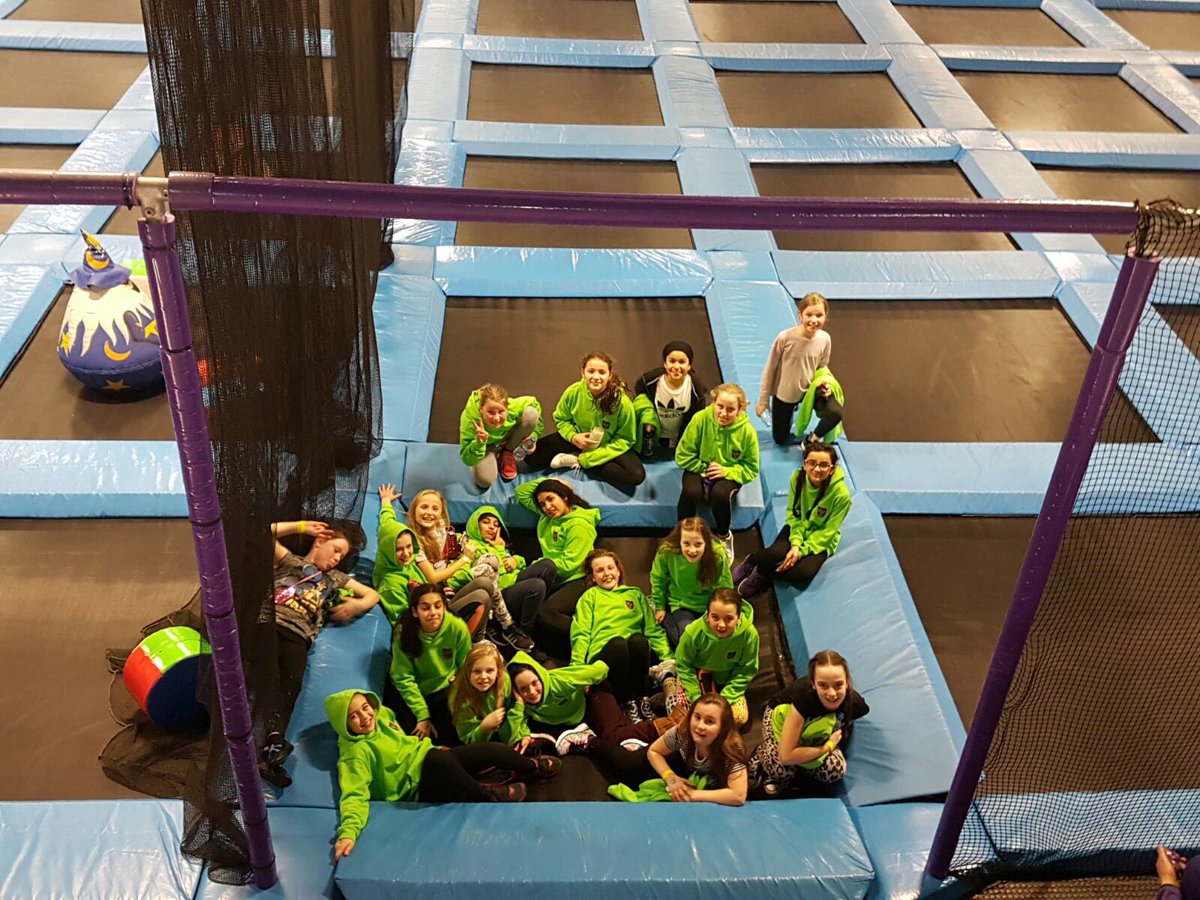 That did the trick of tiring us all out so heads hit the pillows as soon as we returned to the hotel and all was quiet phew!!! 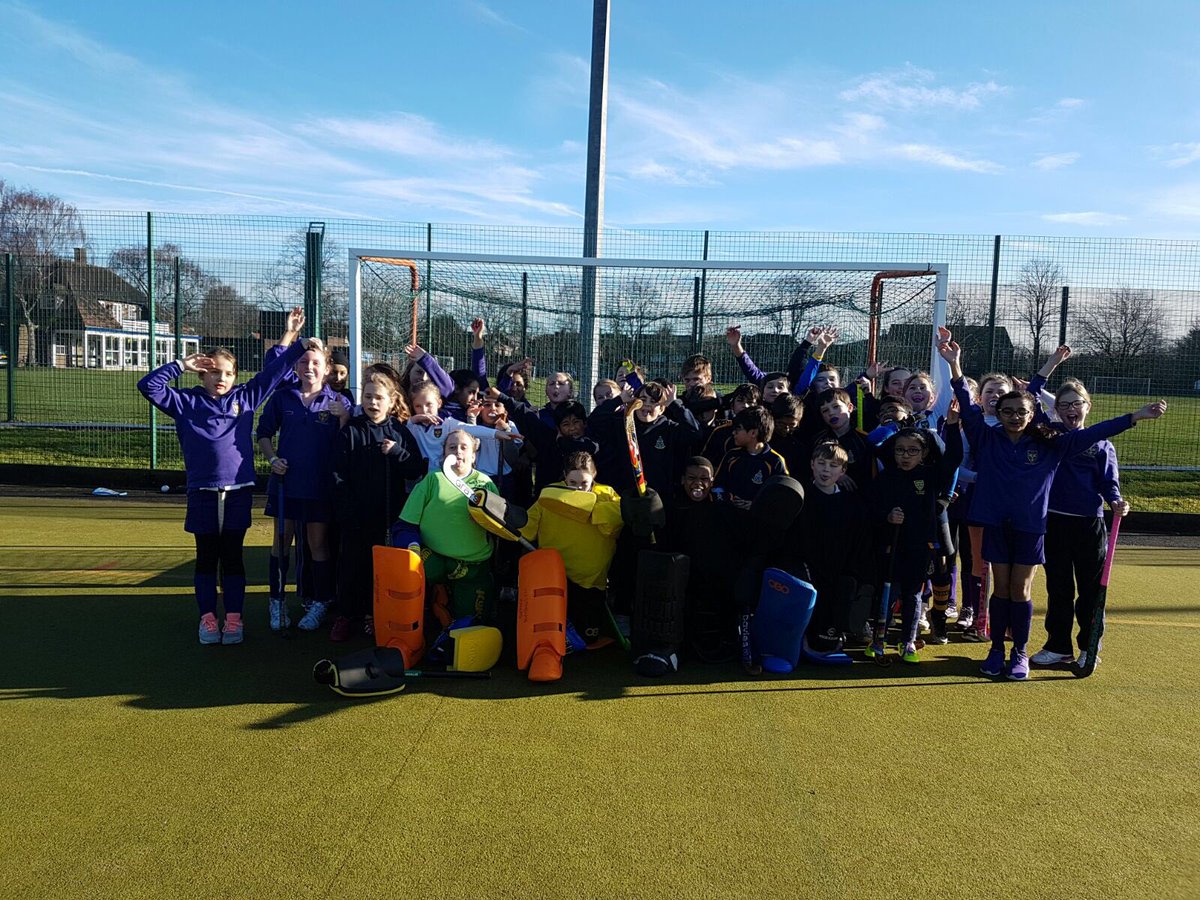 The new day saw us devour a hearty hotel breakfast and we were off to play St Bedes College at hockey. The sun shone and everyone had a great morning. Some games we played against the boys, others we mixed teams to even things up a bit and everyone got to play for most of the morning. Charlotte Naylor, Maleesha Sheikh and Eva Knowles were all awarded “girl of the game ” prizes and St Bedes gave us all refreshments and St Bedes “bees” to take away along with some happy memories. 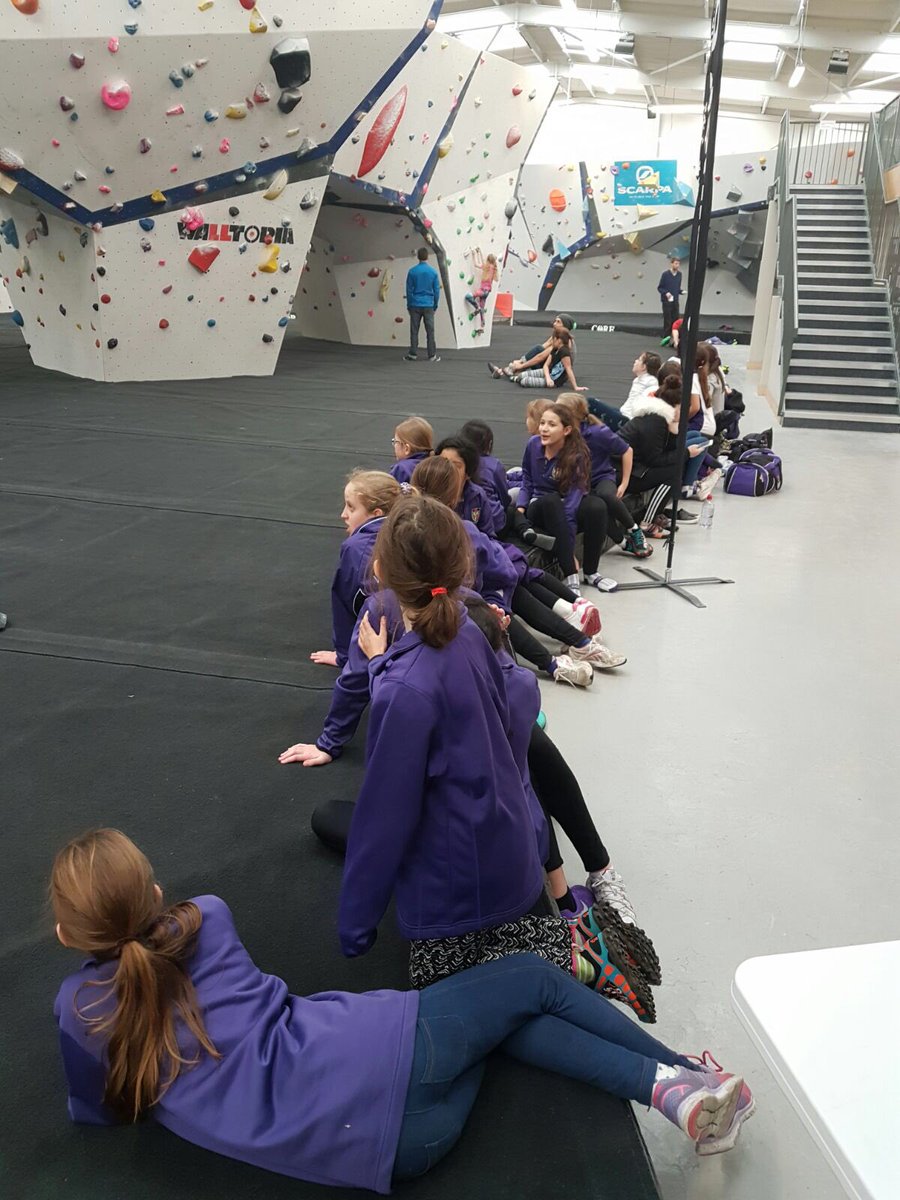 Lunch was a packed bag from the hotel and was quickly devoured before our session at the climbing centre. What a fantastic activity this proved to be with everyone doing some great bouldering before moving on to the automatic harnessed high climb. 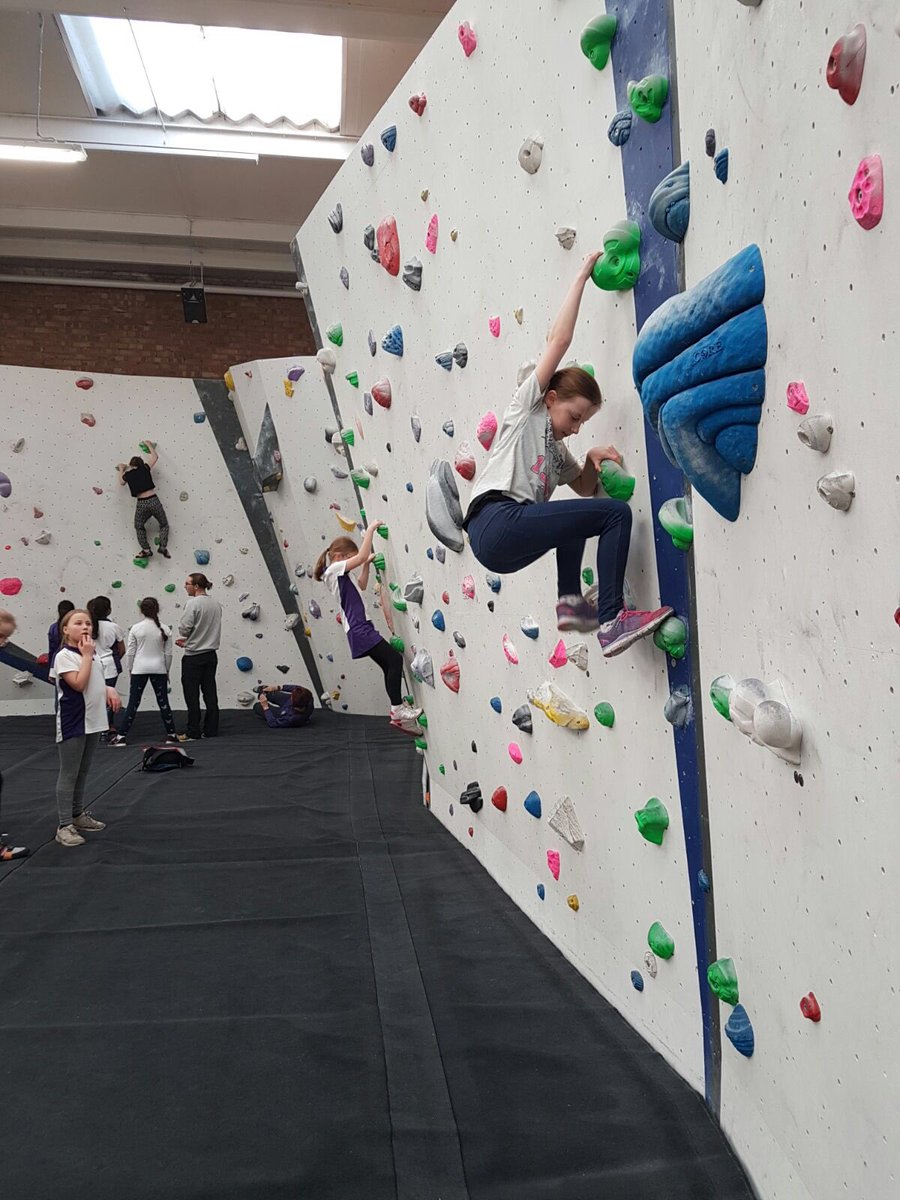 There were some really talented climbers at the centre to watch, the better ones looking like gazelles on the mountainside. This was a great experience which many of the girls are determined to take part in again. 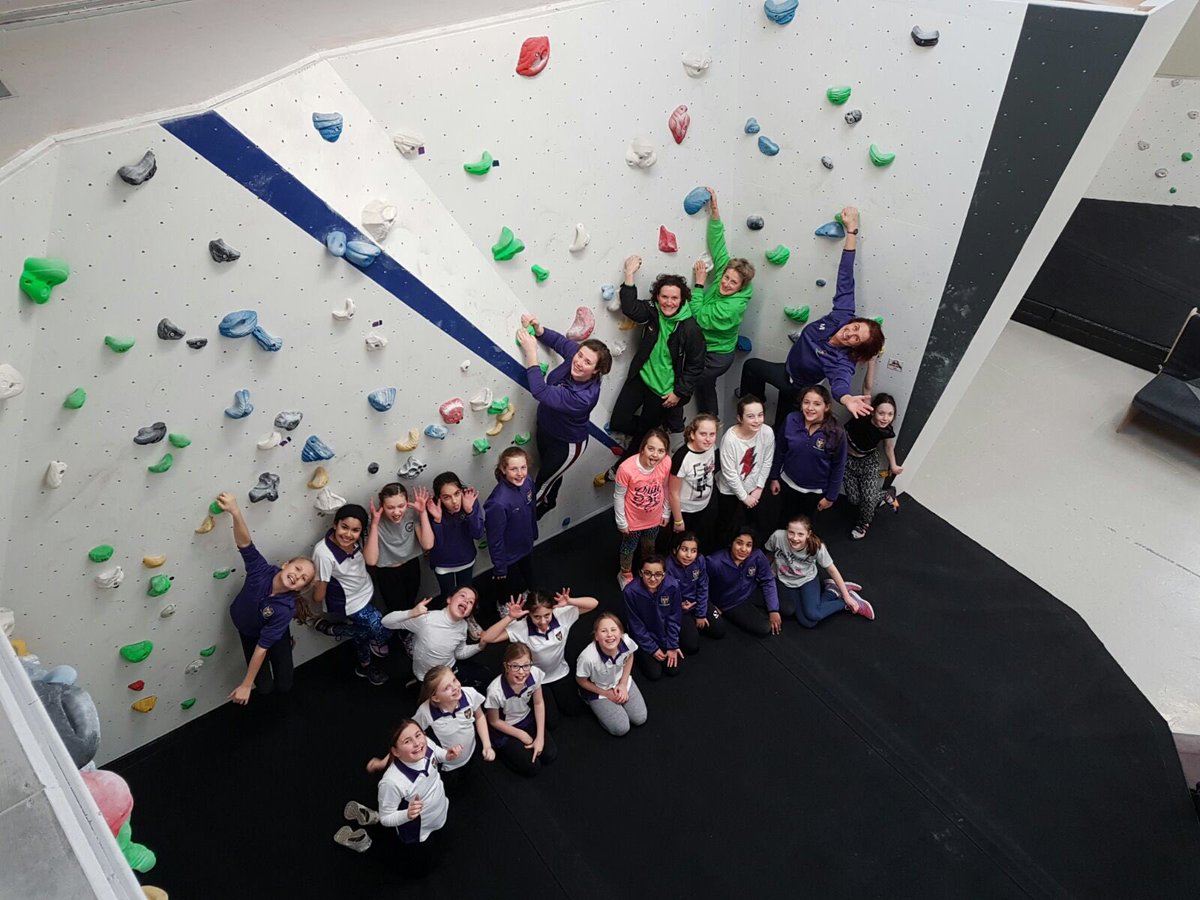 A swift journey Back to the hotel for showers and a change for our evening out for tea at TGI Fridays ( which was yummy ) and a trip to the cinema at the Trafford centre and the Odeon showing of ” Sing ” which both girls and staff loved. 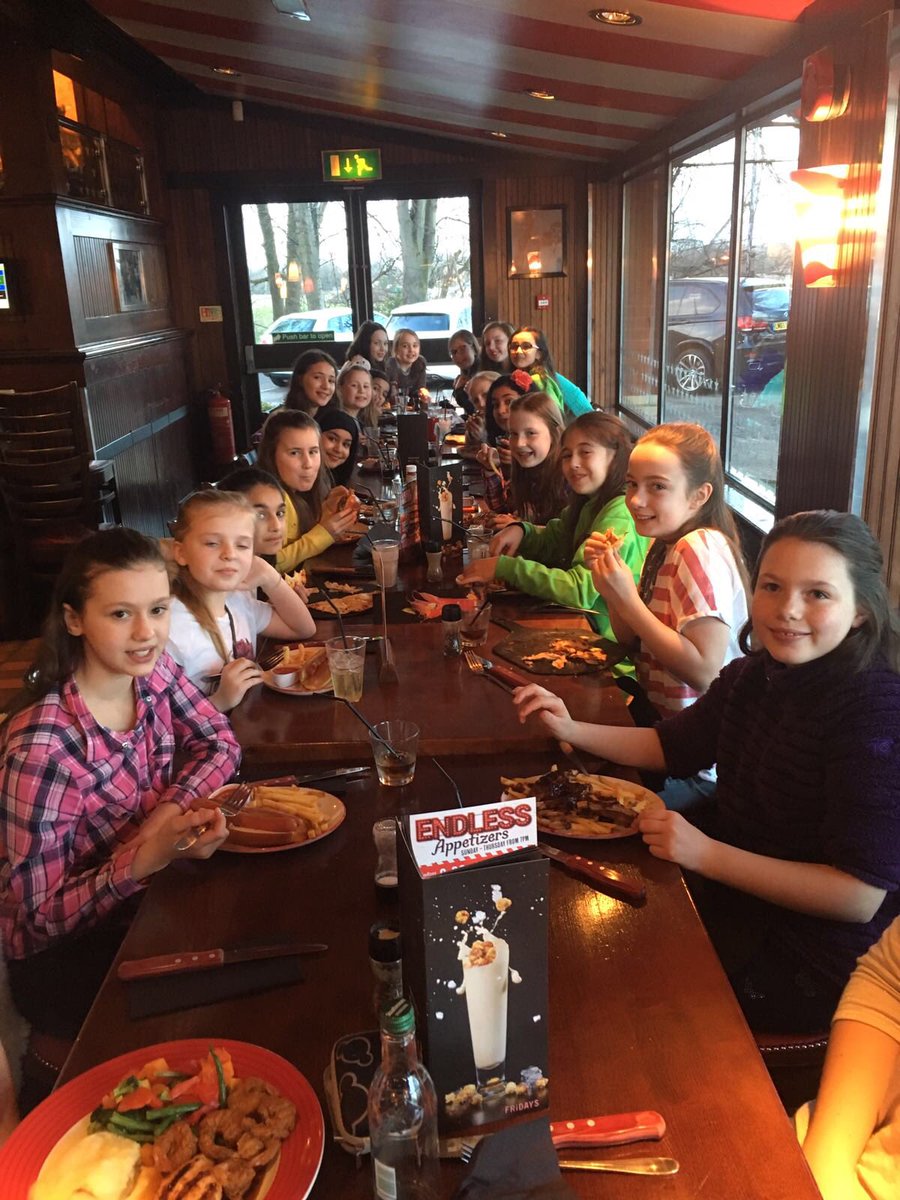 A tried but sated group of girls returned to the hotel for another welcome nights sleep followed by breakfast and a room check before checking out. 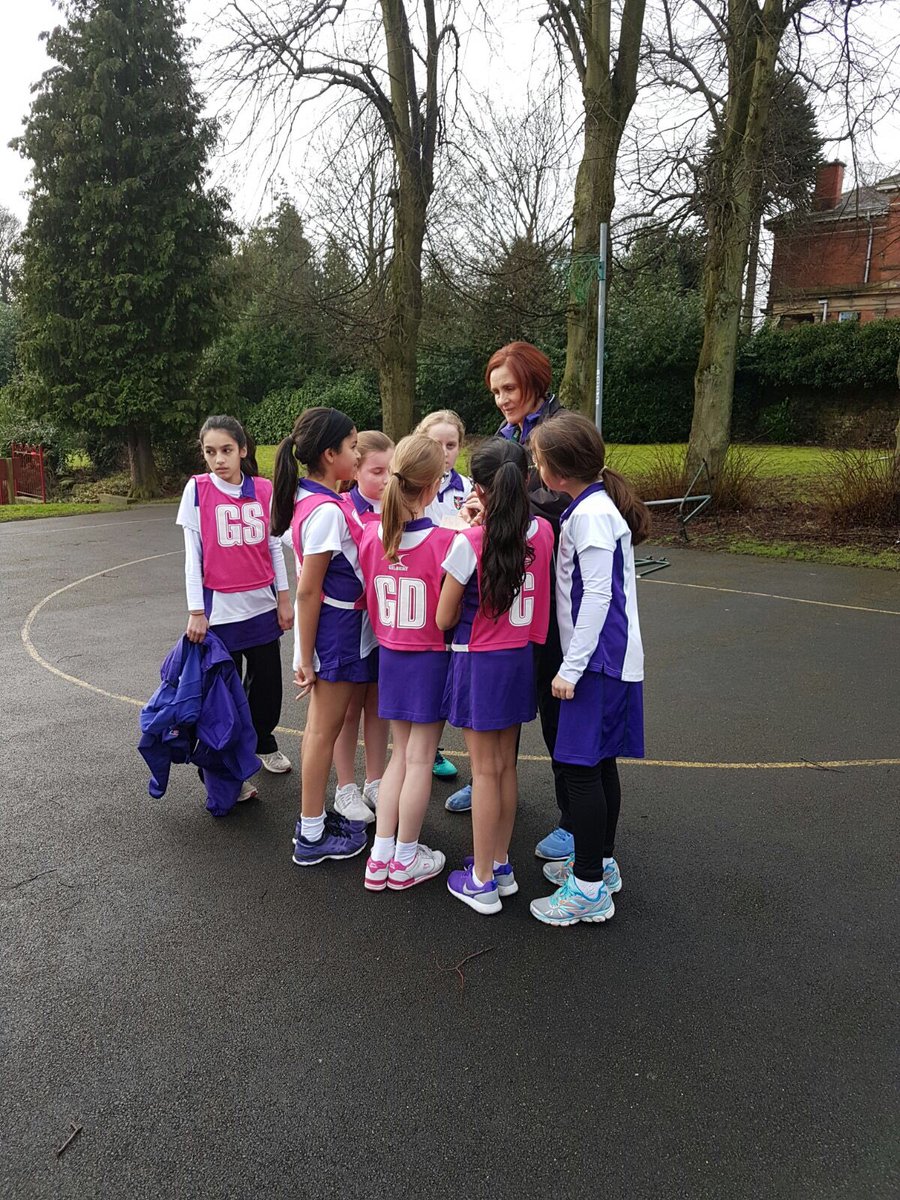 Loretto school is only around the corner from the hotel and so within 5 mins we were warming up for our netball games. Both matches were exciting and both teams were in the lead after the first period of play. Changes were made at the end of each of the four quarters of the game and play was fast and competitive. At full time, the A squad narrowly lost by 15 goals to 8 and the B team won by 8 goals to 1. 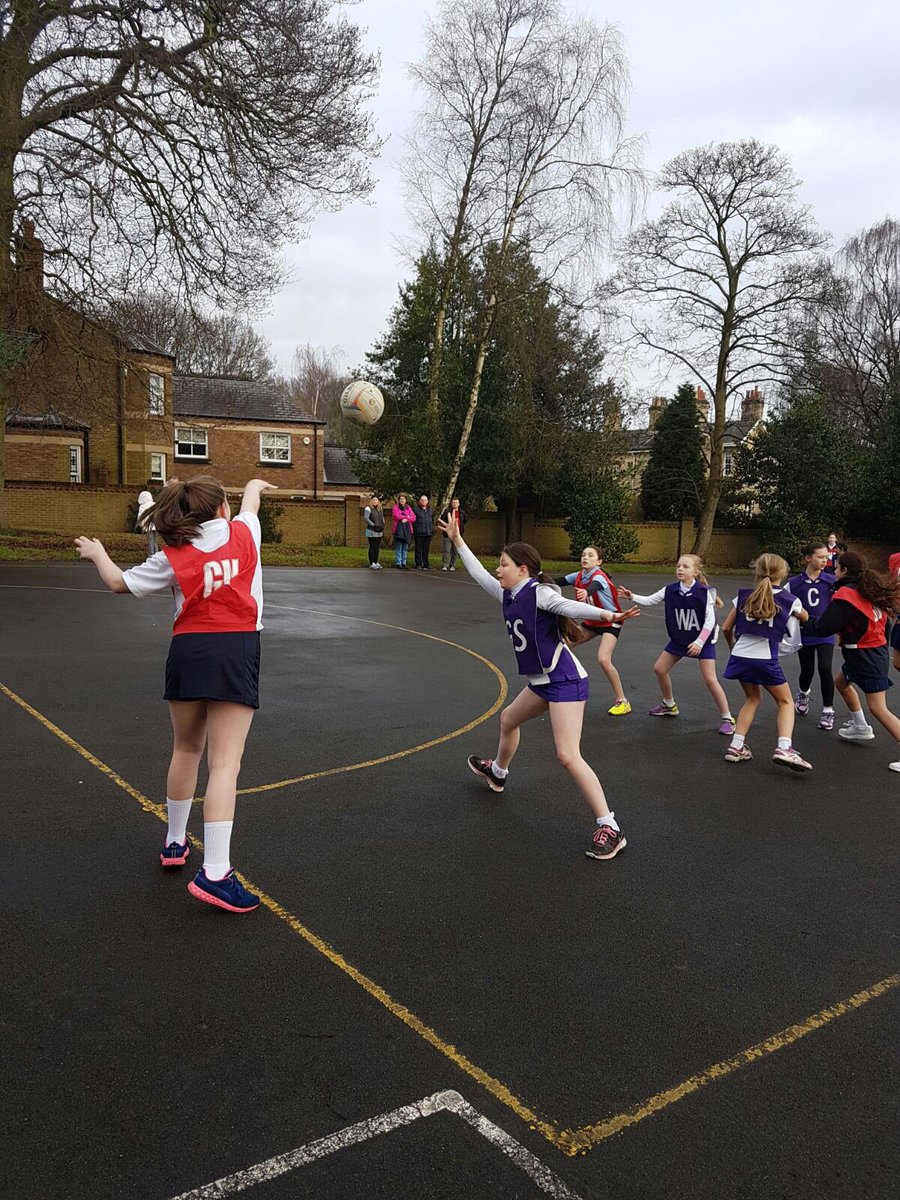 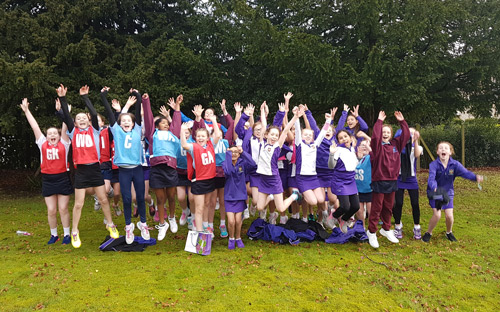 Lunch at the services on the return journey was a final chance to recap on the wonderful weekend we have experienced and the pupils thanked the marvellous staff for giving up their weekend to enable the tour to go ahead. The girls were congratulated on many occasions over the weekend on their manners and behaviour and they were a credit to themselves and the school. In Eva Knowles own words ” this was the best trip….ever “