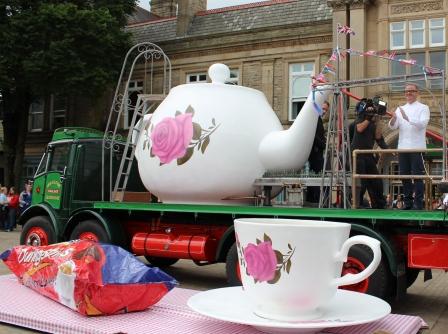 All this week, the chefs from the famous Fat Duck at Bray have been in the equally famous Westholme kitchen, decorating some giant biscuits for a TV episode, which was filmed yesterday in Darwen.

On Tuesday, the chefs sampled the infamous ”˜Westholme shortbread biscuits’, before Heston himself arrived on Wednesday along with the C4 cameras to begin filming, where he explained his mega biscuit concept. 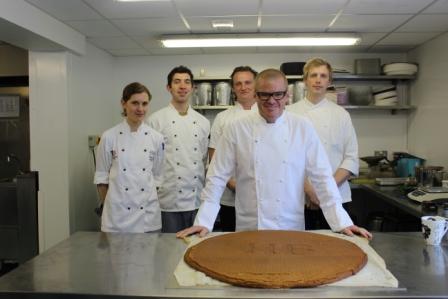 The unveiling of the enormous biscuits and a giant tea pot for them to be dunked in took place yesterday at the Market Place in Darwen – what an exciting event for Westholme to be involved in! 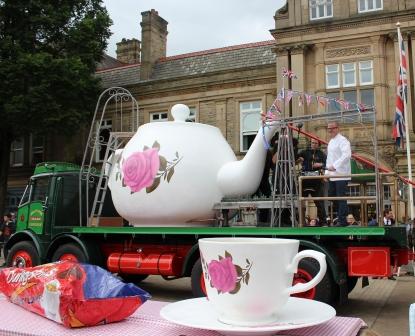