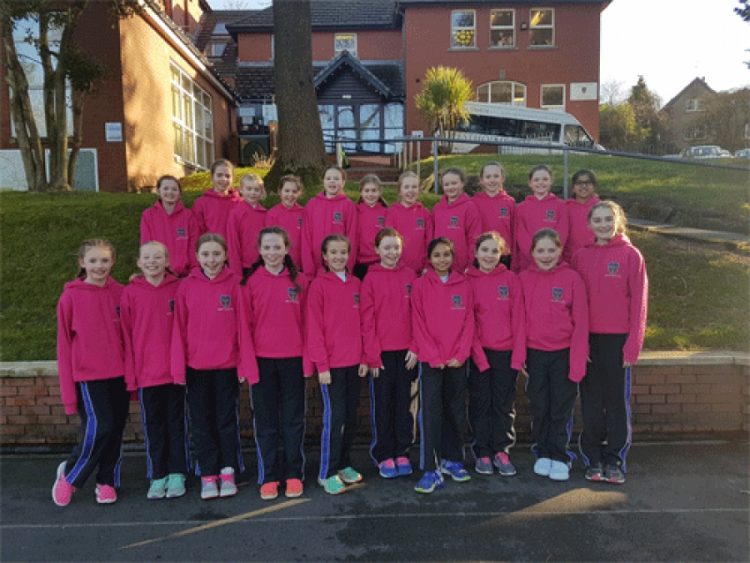 Last weekend, Year 6 girls travelled to Manchester for their sports tour with a jam-packed schedule planned for the three days away.

They set off on Friday morning, heading straight to their first activity at the National Cycling Centre at SportCity, Manchester. At the velodrome the girls experienced cycling on a BMX world class indoor track. After a quick introduction they launched themselves into having a go at racing around the track, learning techniques such as riding with flat pedals and pumping.

Following a quick turnaround, they were back out at Inflata Nation, a giant inflatable theme park. The girls had a great time playing in the UK’s largest ball pit, sliding down the vertical drop slides and climbing across the assault courses. After a busy day they were all in need of a good rest, ready for the next days matches and activities.

On Saturday, the girls played hockey matches against St Bede’s in Manchester. They then had an energetic session at Challenge 4 Change followed by a meal out at TGI Friday’s and finished the day with a trip to the cinema at the Trafford Centre. The girls were definitely ready for good night’s sleep!

The weekend drew to a close playing netball fixtures against Loretto School in Altrincham, followed by a spot of lunch on the return journey home. The staff and pupils had a truly fantastic time and the girls’ manners and behaviour were impeccable; they were a credit to Westholme and have made lots of happy memories.