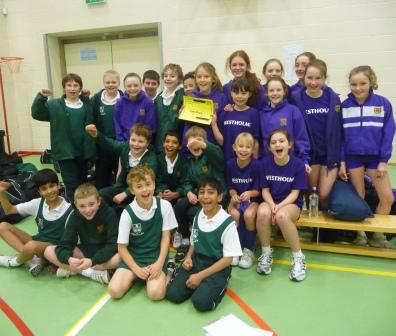 The second meeting of the season took place at Stanley Park, Blackpool on January 15th.

After the previous match during the Autumn term, the U11 girls team were in first place and so they wanted to try to do as well in this one. They all tried really hard did very well. Some excellent results, especially in the field were produced. In fact, in the chest push Westholme finished in first, second, third, fifth and sixth places!

The overall team performance was so good that the girls again finished in first place. A superb achievement. Well done girls! 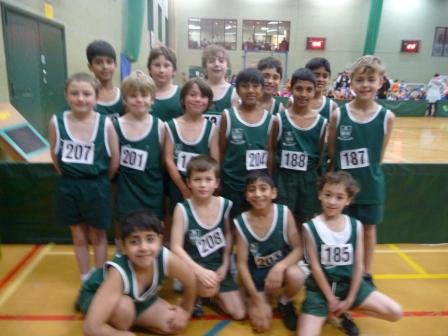 For the boys team, all of our team put in a tremendous effort in each and every event they competed in.   Particular congratulations must go to Joseph Shield who won athlete of the match, by coming in first place twice and second place twice.   Well done Joseph!

A joint team of girls and boys went to Darwen Academy for the first round of the Blackburn Schools’ Indoor Sportshall Competition. It was one of seven such competitions and the prize was the winning school going on to the final at St Wilfred’s next month.

The athletes competed in the individual field events, and the track events were various relays. There were some excellent performances and several personal bests were achieved.

Well done to both teams on such a fantastic result!

The results were based on the combined performances of the girls and boys and it was nerve wracking when the results were announced but the teams had done so well that they won the competition and qualified  for the finals. The girls won every track event (they were a lap ahead of the next team in the Paarlauf relay) and were second in one field event, winning all the others.