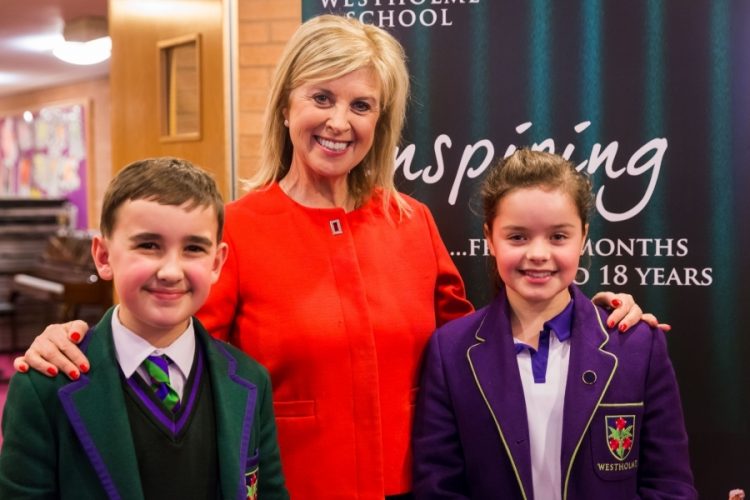 Last night we welcomed Lucy Meacock to Westholme as part of the Arthur Rouse Lecture Series to talk about her long and varied career in journalism. The British Television presenter is known to viewers across the North West for her regular presenting spot on Granada Reports and can also claim to be the longest serving female presenter in Britain! 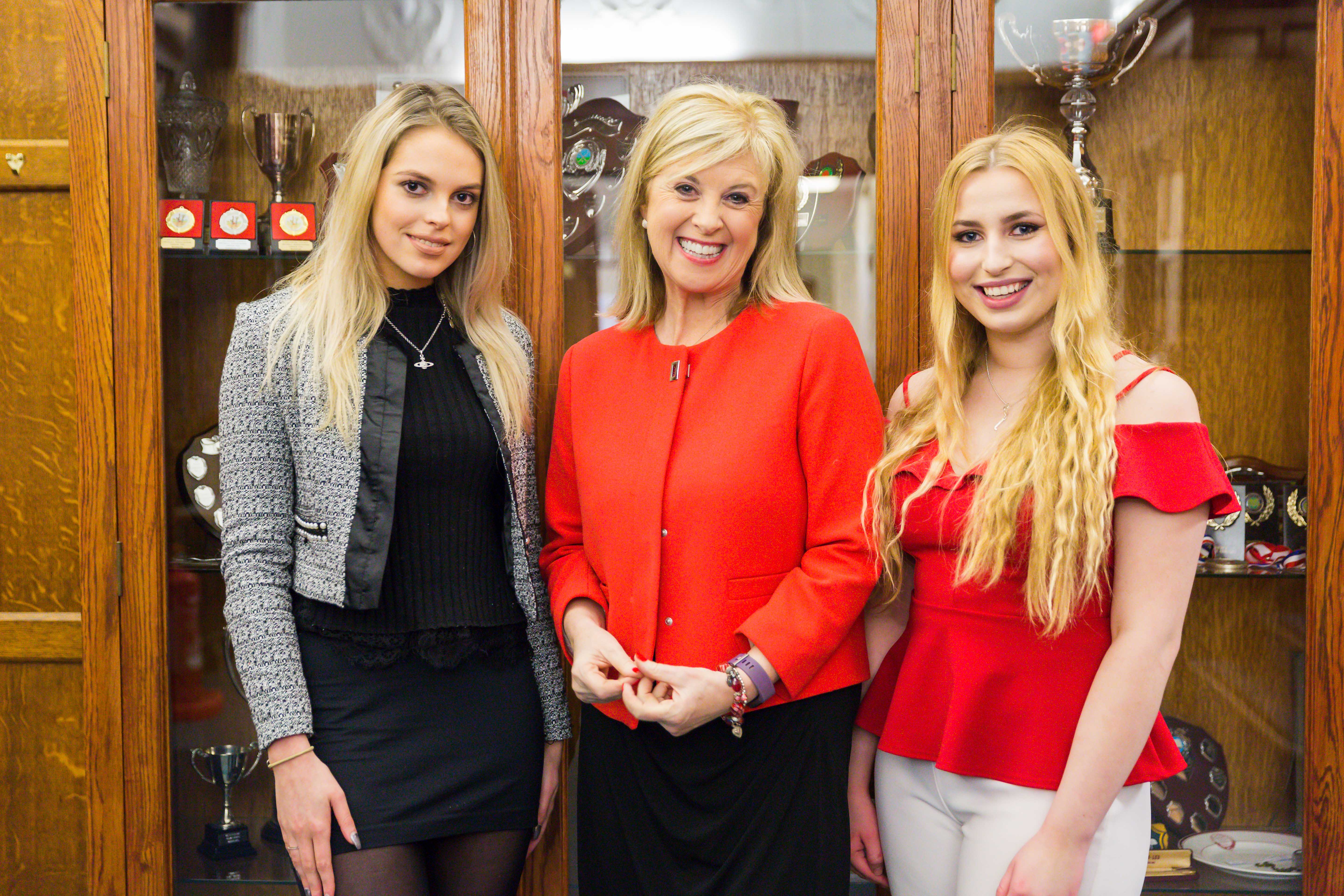 Lucy kindly agreed to be interviewed before the talk by current Sixth Form students, Jolie Macereth and Cameron Clarkson. The budding young reporters were extremely nervous but Lucy soon put them at ease as they asked in-depth questions about her career and how to navigate the path into journalism. Lucy was extremely impressed by Jolie and Cameron, especially by their focus and ability to listen, a key skill in journalism. 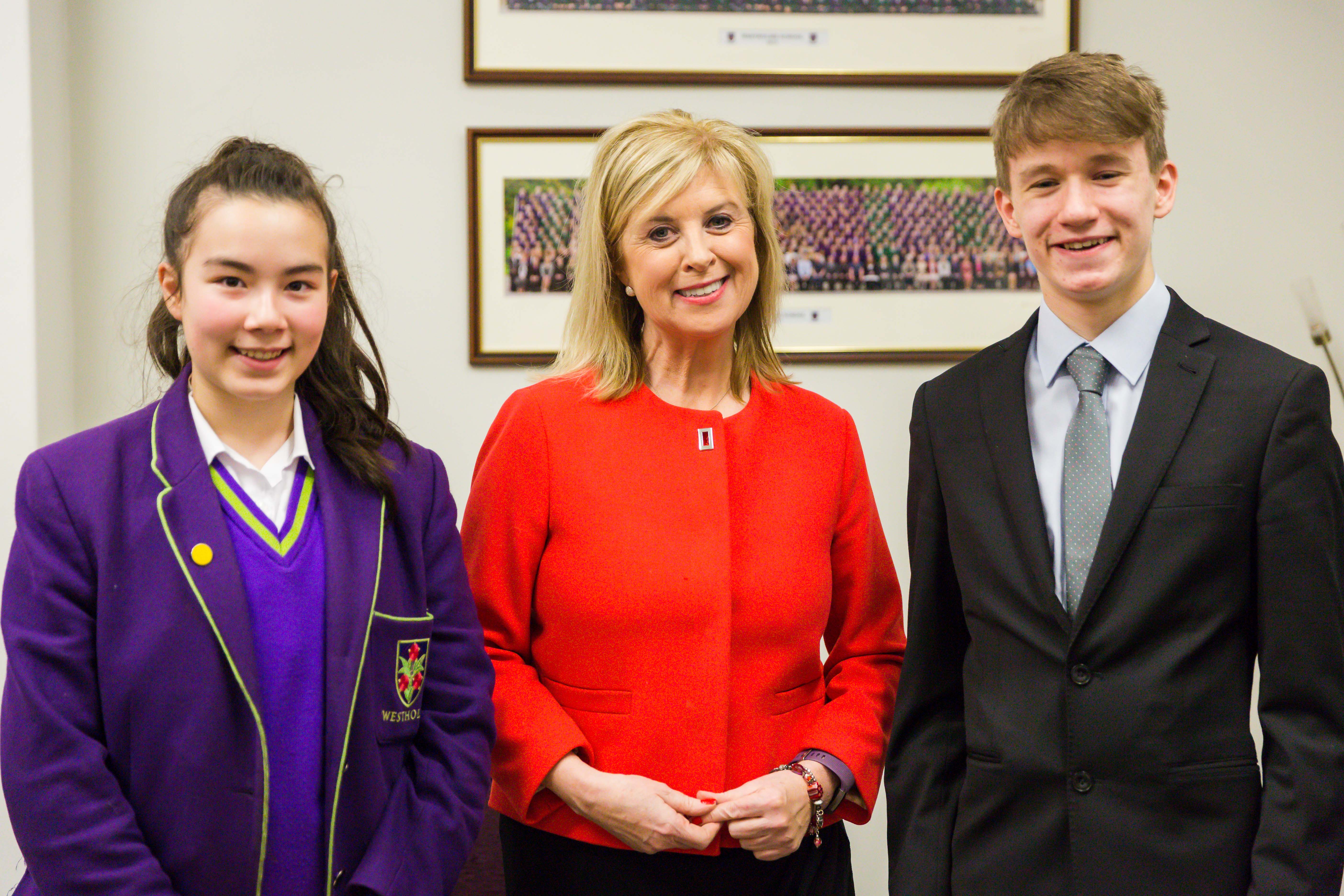 Amelia Lowe, a Year 8 student then gave an eloquent welcome speech as Lucy took to the stage to discuss her long and successful career. She began with the defining moment that inspired her to want to become a writer, when her poem was published in the school magazine and she received recognition for the first time. At that early age Lucy focussed her sights on becoming a journalist but due to her mother’s illness she had to miss out on University and find a job, which she did at The Chester Chronicle and there began her career. 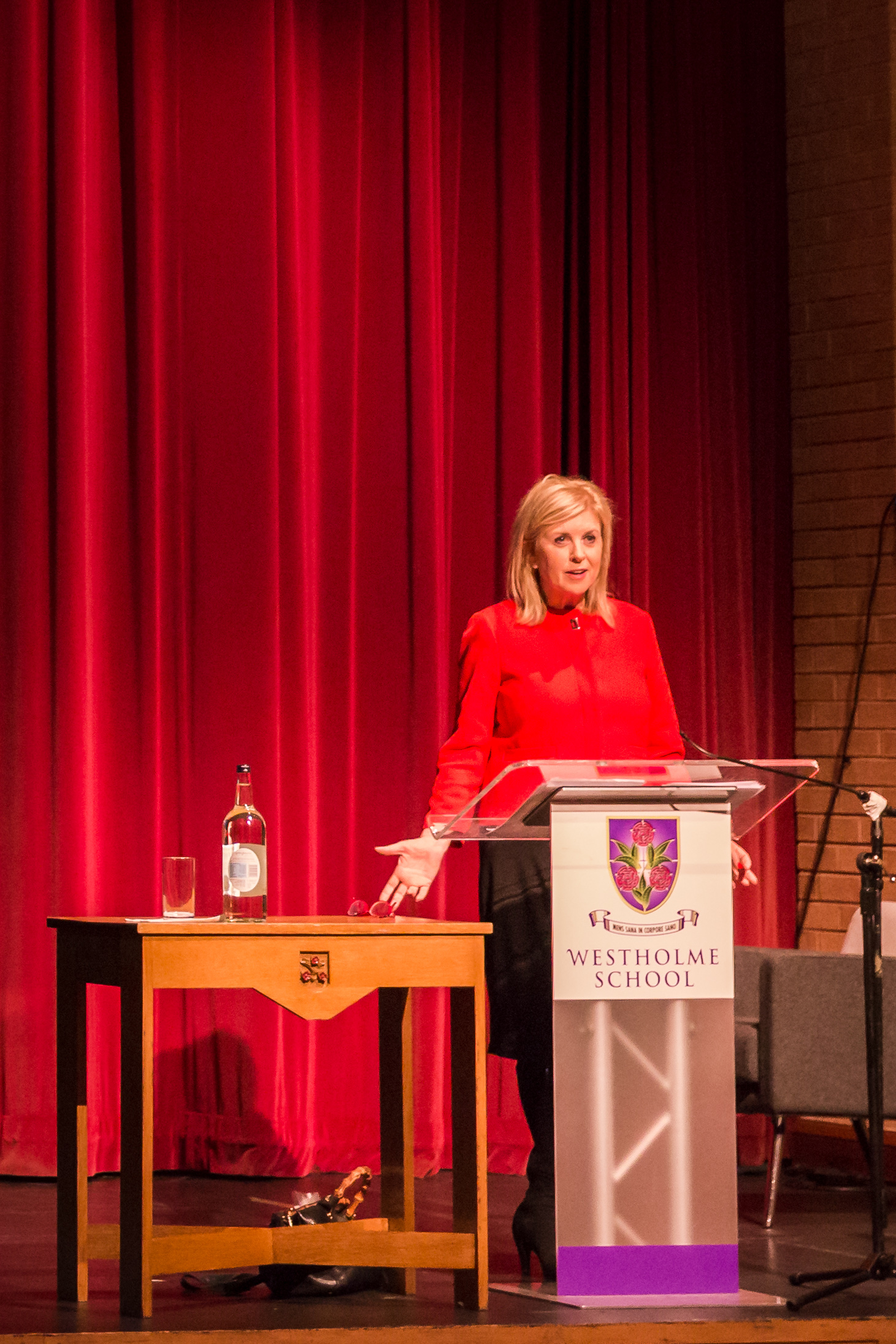 The audience seemed spellbound as she talked about pivotal times in her life, from the moment the paper rolled hot off the press with her first by-line on the front page, to her challenging role as an anchor woman for ITV News, and a presenter of Regional Current Affairs programmes. Lucy talked emotionally about the people and stories that have shaped her as a person and a journalist over the years. She described how she has fought to report the news honestly, accurately and better than anyone else, from the stories of human tragedy to the politically controversial and those which have touched her the most. 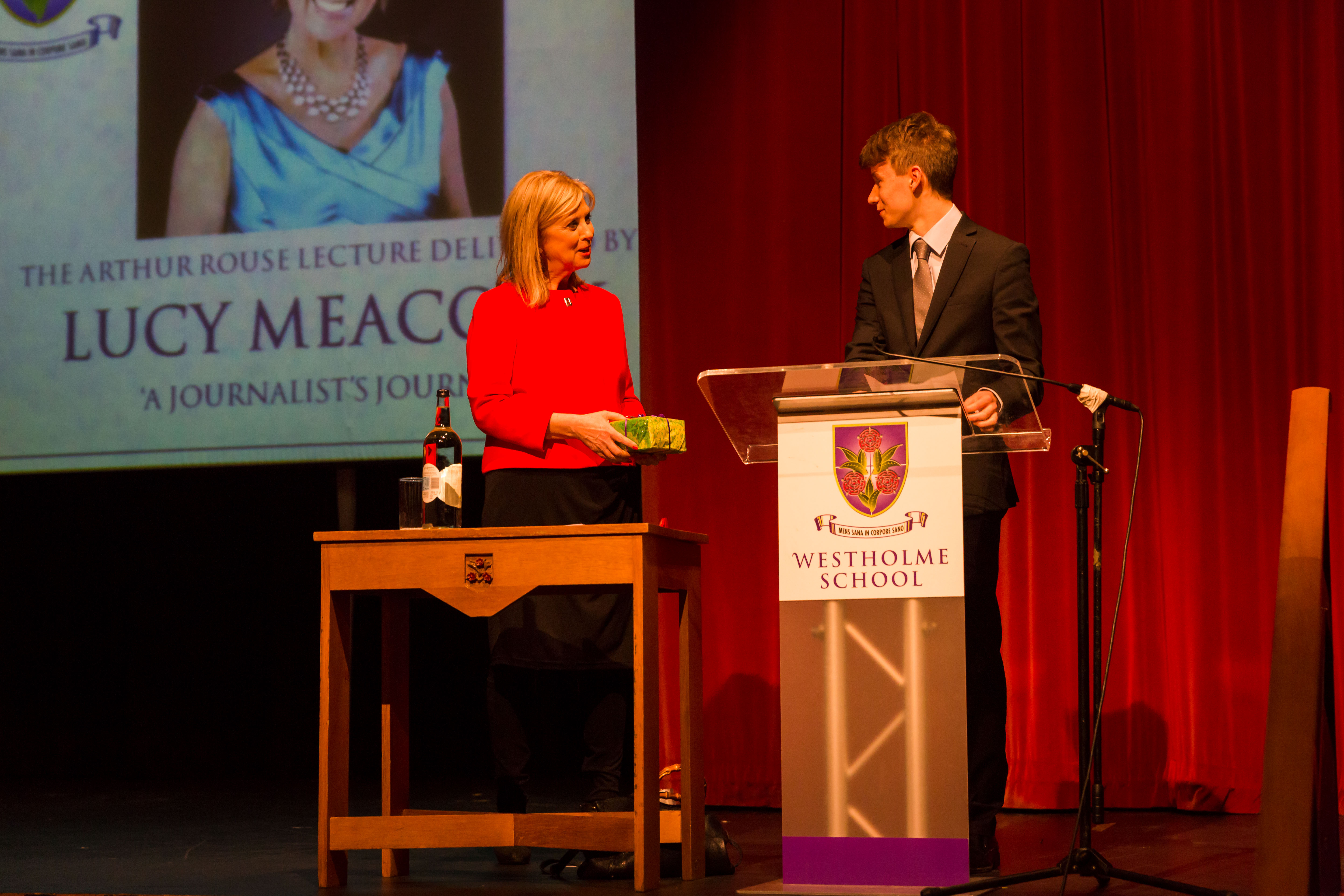 Lucy went on to talk about her personal ambition to be a role model for both young reporters and the more mature journalists making their way in the business. Finally there was a lively question and answer session with the audience who clearly appreciated her down to earth approach and then William Harfield gave wonderful the vote of thanks and presented Lucy with a memento of her visit to Westholme. Afterwards, still undaunted, Lucy agreed to an interview with former pupil and ambitious young reporter, Alice Singleton before signing the visitors book according to tradition. 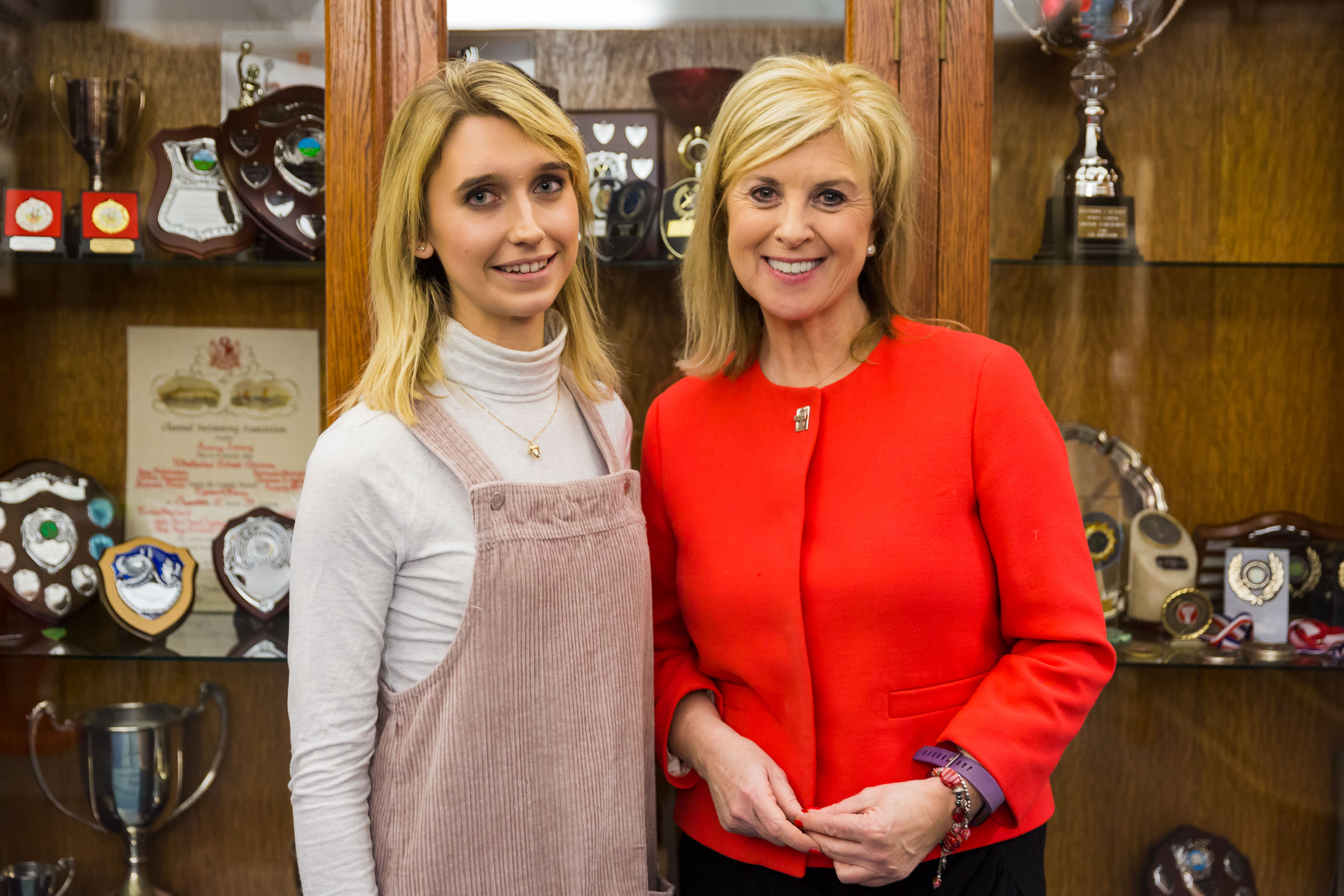 Many thanks to Lucy Meacock for a thoroughly entertaining and insightful evening; we hope she will come back again soon! 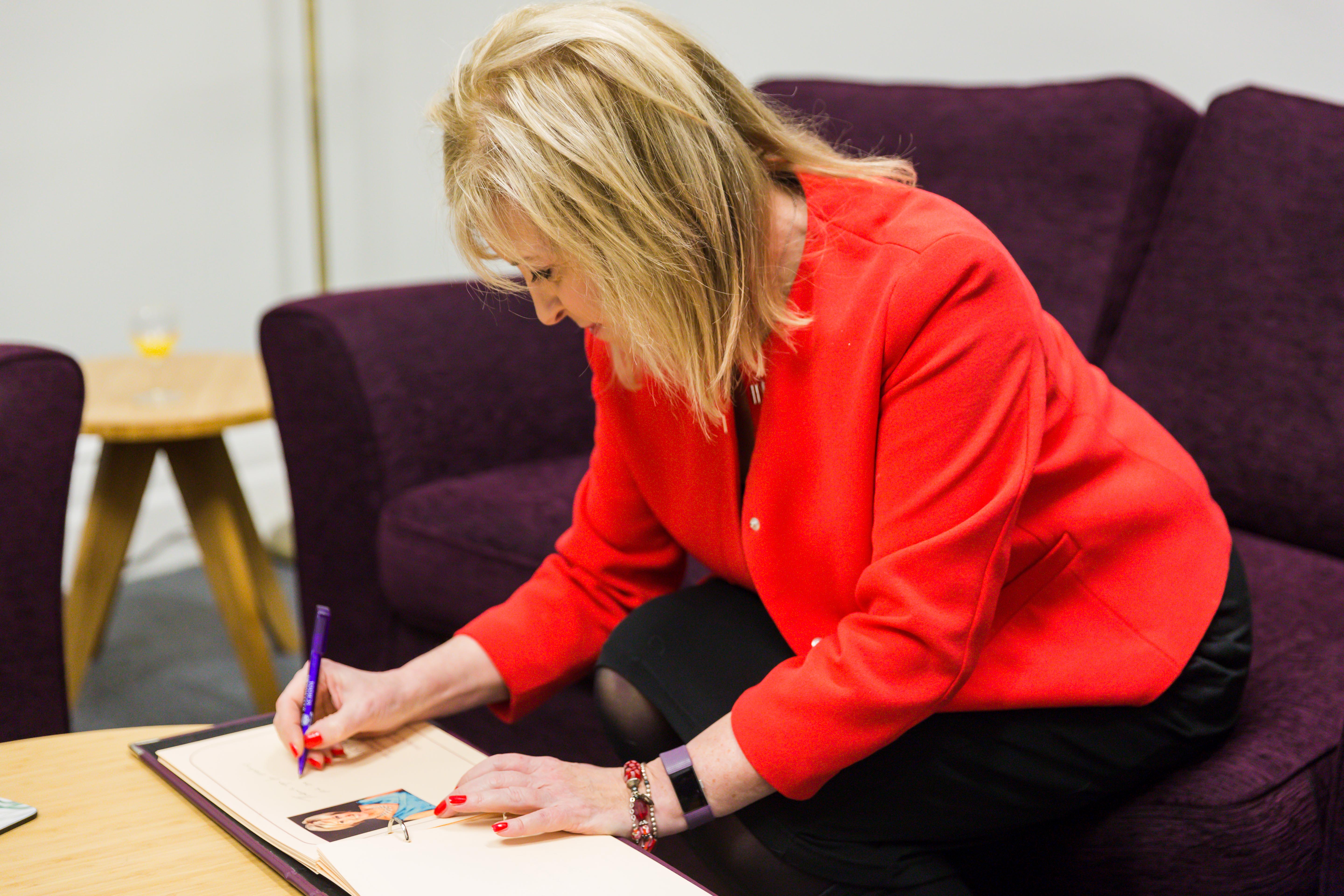