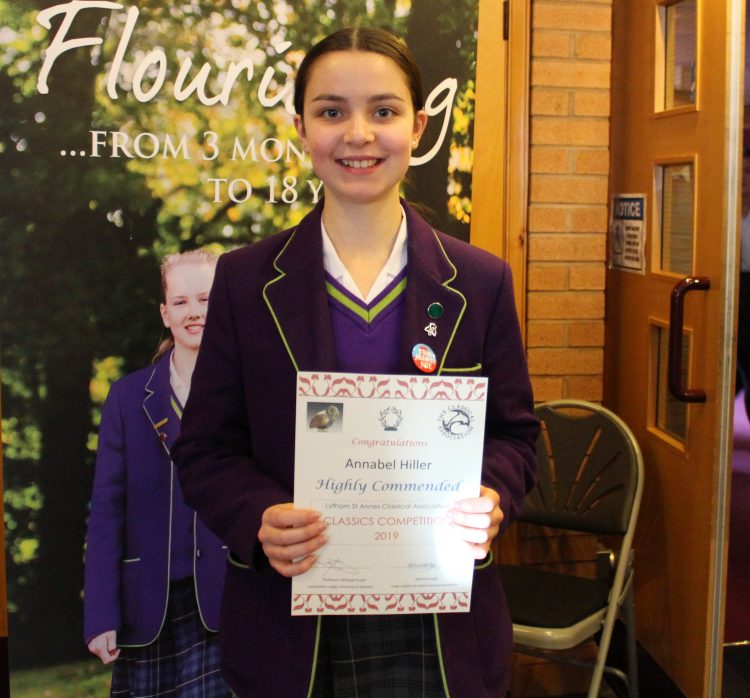 In January each of the Year 10 Latin students competed against each other to be the representative for Westholme in the competition, giving presentations on the topic of “what are your three favourite artefacts from the ancient world”. Judged by Mr Oracz and Mrs Corrigan, they were all highly praised for their efforts, however, Annabel was chosen as best in school and her video presentation was sent for the chance to win the £200 prize and the opportunity to give her presentation at the prestigious ceremony in Lytham.

The competition received a vast number of entries, from locations as far afield as Bath, Essex and Edinburgh, so for Annabel to have come 5th in the UK in such an esteemed Classics competition is a magnificent feat. She has received a certificate of commendation from the distinguished Classicist, Professor Michael Scott, who judged the competition.