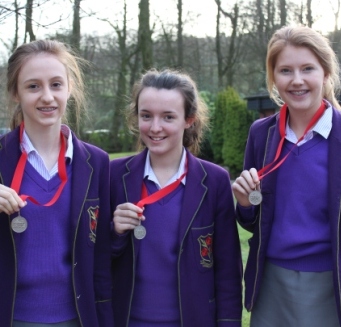 Westholme badminton players finalists in the County Round

Westholme’s Under 16 badminton team represented Blackburn with Darwen Schools in the county finals of the Center Parcs National Schools’ Badminton Competition which was held at Thornton Cleveleys Sports Centre.

The team qualified for the semi finals and they played against St Christopher’s School which was a very tense and close game which eventually they won by 21 – 19 points.   This took them into the final where they faced a very strong team from Balshaws High.   Despite trying their very best and having some very close games, Westholme lost by 4 matches to 1.