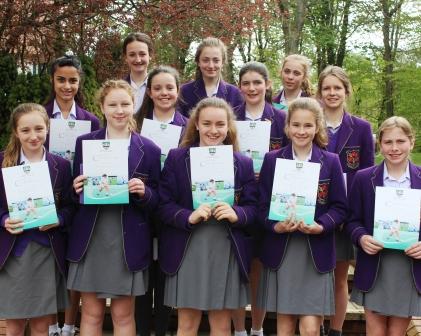 The annual Year 8 and Year 9 Blackburn with Darwen Schools’ Netball Tournament was held at Witton Park.   Westholme School entered three teams: Year 8A, Year 8B and Year 9A teams.   There was some exceptionally good play against very good opposition.

Congratulations to the Westholme Year 8A and B teams who were both crowned champions of Blackburn with Darwen in their categories, with the A team winning all of their seven matches.   Unfortunately, the Year 9 team just missed out by one goal, finishing as runners-up in their tournament.