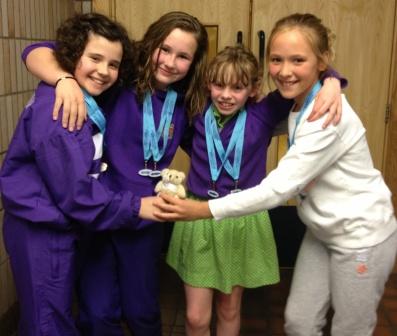 Amazing swimming performances for our Juniors

Five  Year 6 boys and four Year 6 girls travelled to Everton Park Sports Centre to participate in the Divisional Heats for the ESSA (English Schools’ Swimming Association) Primary Schools’ National Swimming Competition. We are part of the North West division which covers all of Lancashire, Cheshire, Cumbria, Merseyside, Greater Manchester and the Isle of Man.

There had already been another heats night for the division, and the fastest 3 teams overall would go through to the National Finals.

The competition only involves relays (freestyle and a medley). The boys swam brilliantly and finished 5th overall in the Freestyle Relay and 6th in the Medley Relay.

The girls also swam incredibly well, and there were screams of delight and tears of joy when the results were announced – 3rd in the Freestyle Relay and 2nd in the Medley Relay – they were through to the NATIONAL FINALS!