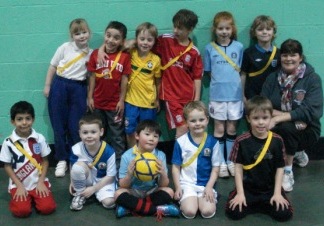 In the first game, both teams worked hard and the score was 3-2 to Team Waddicor.   In the second game (after Mrs Sutcliffe’s team chat), Rayyan scored an equaliser!   The match was very close but a super goal was scored by William from Team Waddicor, making the final score 4-3.

Everyone played really well and there was some super team spirit.   Mrs Waddicor and Mrs Sutcliffe are looking forward to a re-match next term!