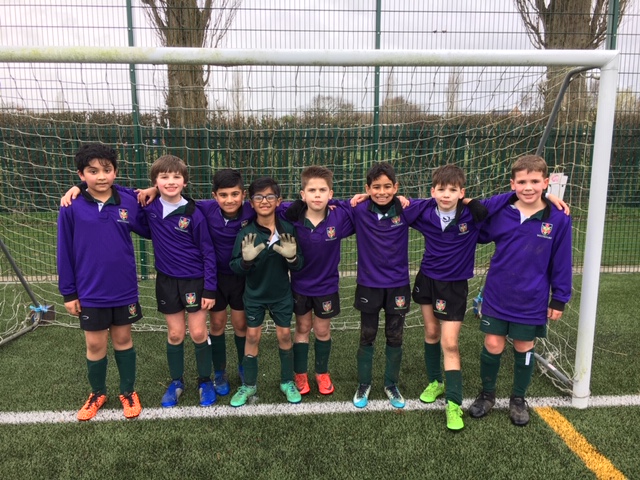 Westholme went to Football Festival with the aim of gaining experience in playing in a large pool of teams and trying players out in different positions. Our first game was against Abbey Gate. It was 0-0 until the last couple of minutes. We very nearly scored, but were then caught by a quick counter-attack, and the game finished 1-0 to our opponents. It was an encouraging start.

The second game against Bridgewater was quite tough. They were a big, physical team and we went down 4-0. The boys played with spirit, but on this occasion the better side definitely won. Next we took on Runnymede. They were another strong side, who had obviously been well drilled. Westholme put up another good fight, but we lost 2-0.

We were now 3 games in, defeated each time and yet to score a goal. In true Westholme spirit heads did not go down, and we went out against Birkenhead B with confidence. The boys seemed determined to put on a show, and it wasn’t long before we scored. Another two followed and we had our first victory – 3-0!

Our next match was against King’s Chester, another big, strong side. They had one particular player who was outstanding, and we suffered another 1-0 defeat. Our final match was against Merchant Taylor’s B squad. It was a very exciting game, with end to end football. We ran out the winners 2-1 after another breathless eight minutes.

The boys, Henry (Captain for the day), Yusuf, Cameron, Joseph, Jude, Ismael, Aydin and Ahmed all played well and were a credit to Westholme. Our goals were scored by Ismael, Aydin, Joseph and Yusuf, but it was a real squad performance.