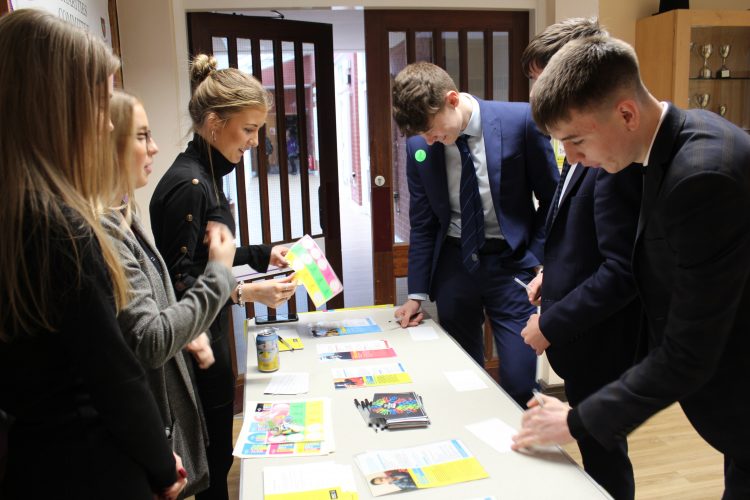 This Tuesday, the Sixth Form leaders of the Amnesty International Human Rights Group held a ‘Write for Rights’ stall in the hallway outside the dining room. Catching students and staff on their way into and out from lunch, they were helping to raise awareness of individuals suffering from human rights abuse all around the world.

Students of all ages were invited to write a short note of solidarity on a card that would be sent to an individual of their choice who was suffering. The aim of the event was to show that just a few kind words of support could really make a difference and it was great to see the pupils getting so involved at the stall, learning more about how they could help. 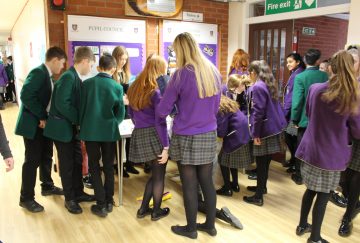 The sixth form leaders felt incredibly proud that so much interest was shown from their fellow pupils and staff, and were celebrating the success of the event. It was a great way to show that the Westholme community really cares about the freedom of others, whoever or wherever they may be.

‘Write for Rights’ is a global campaign held annually by Human Rights Group Amnesty International, who describe it as the world’s biggest human rights event. The main goal of the campaign is to support children and young people who are being persecuted and harassed for their beliefs across the globe and actively encourages members of the public and schools to get involved.