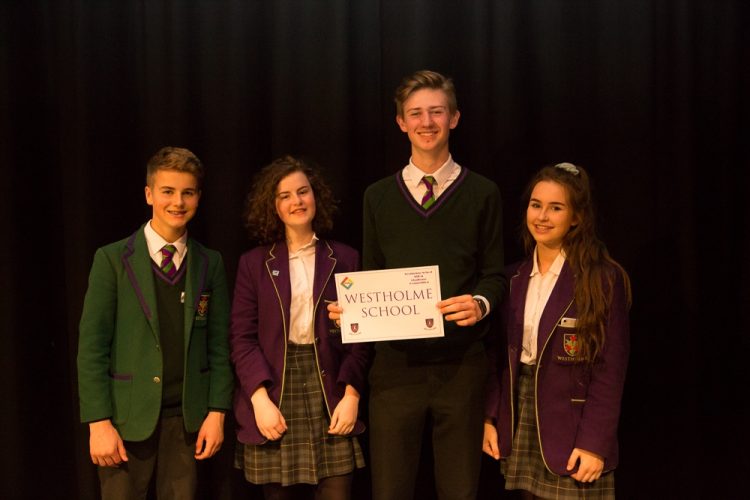 Today we hosted our first Year 10 STEM Challenge Day with twenty two visiting schools from across Lancashire. The demand to take part was high as schools relished the chance to compete in the subject areas of Biology, Physics, Chemistry, Maths and Technology. 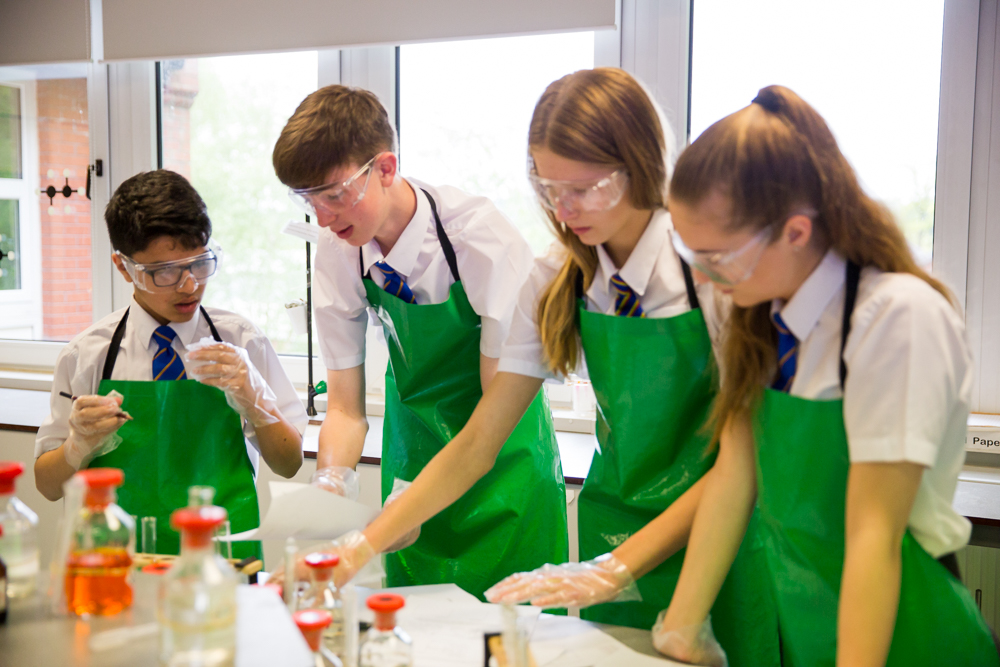 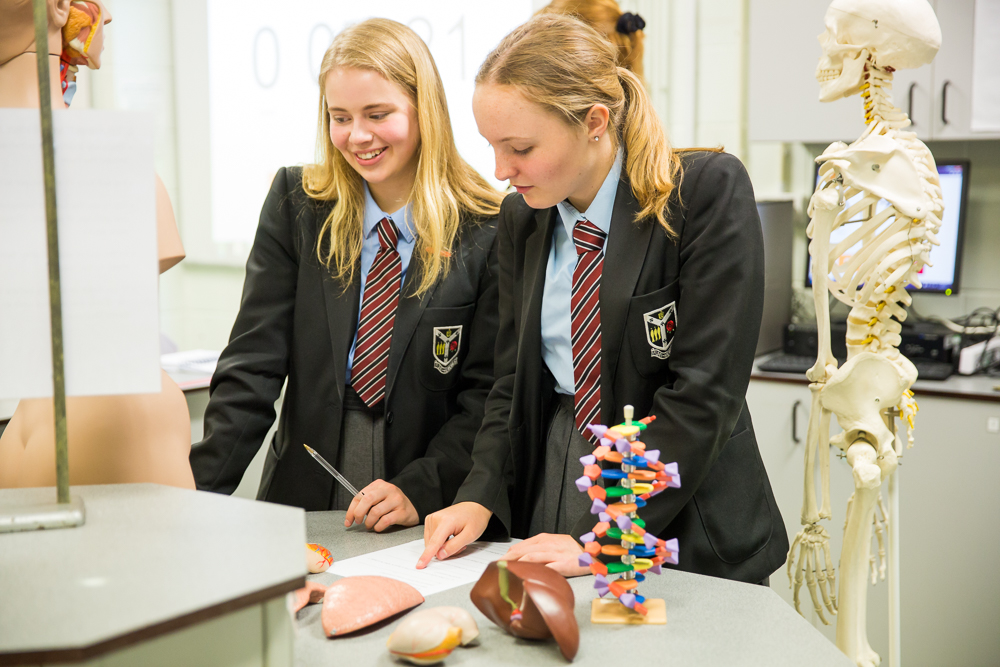 Students and staff were welcomed by Mrs Horner before the introduction by Mr Hiller. Following team photographs the teams were then given the timetable for the day itself which was split into four tasks. 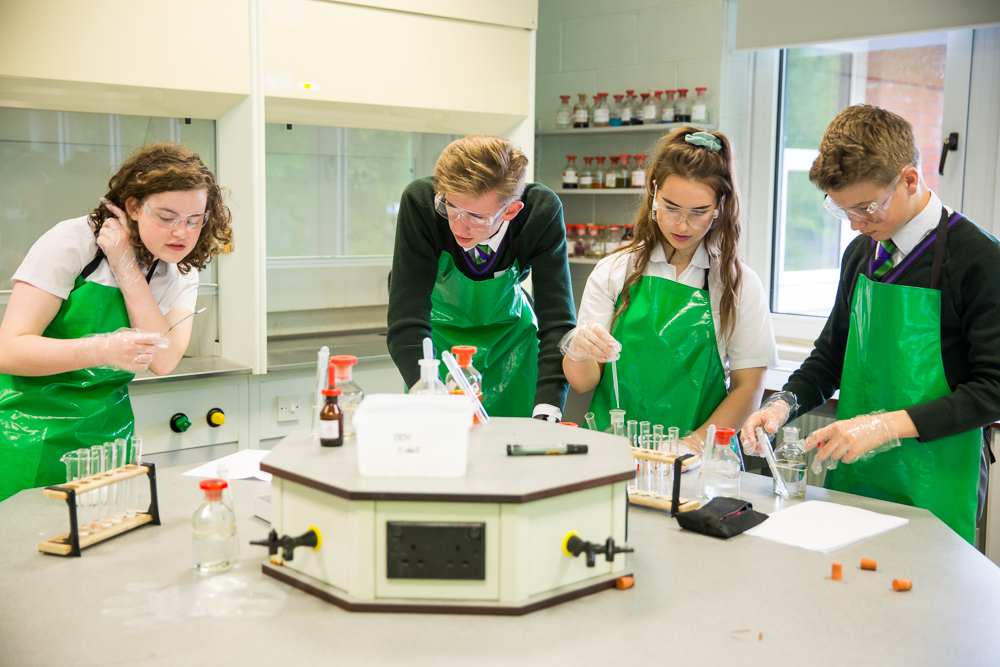 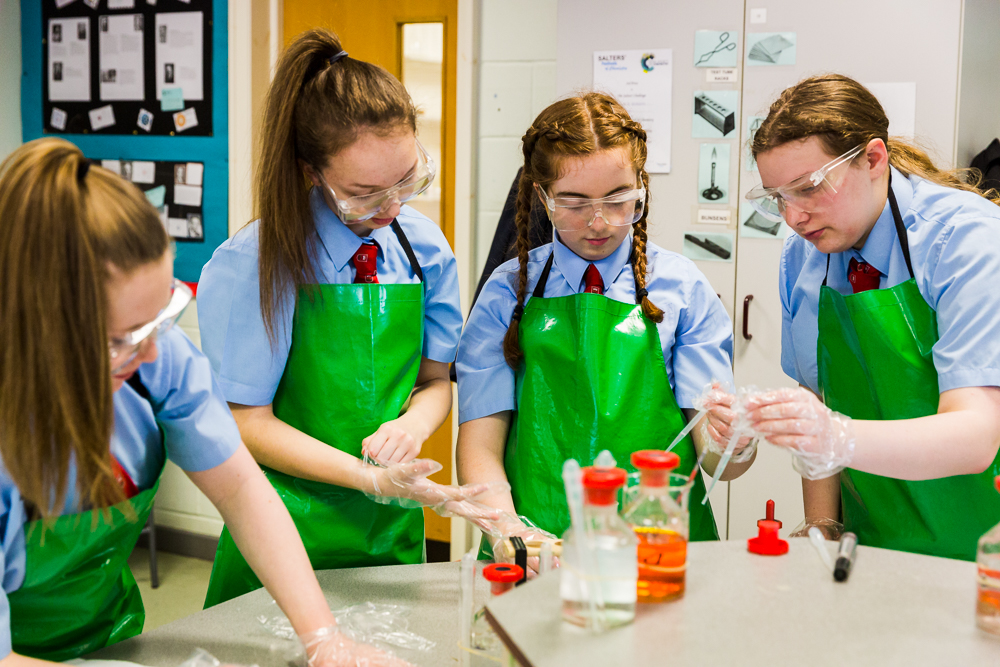 Task 1- Chemistry – The students carried out chemical tests to identify organic compounds. They then used molecular models to work out the structure of unknown compounds. 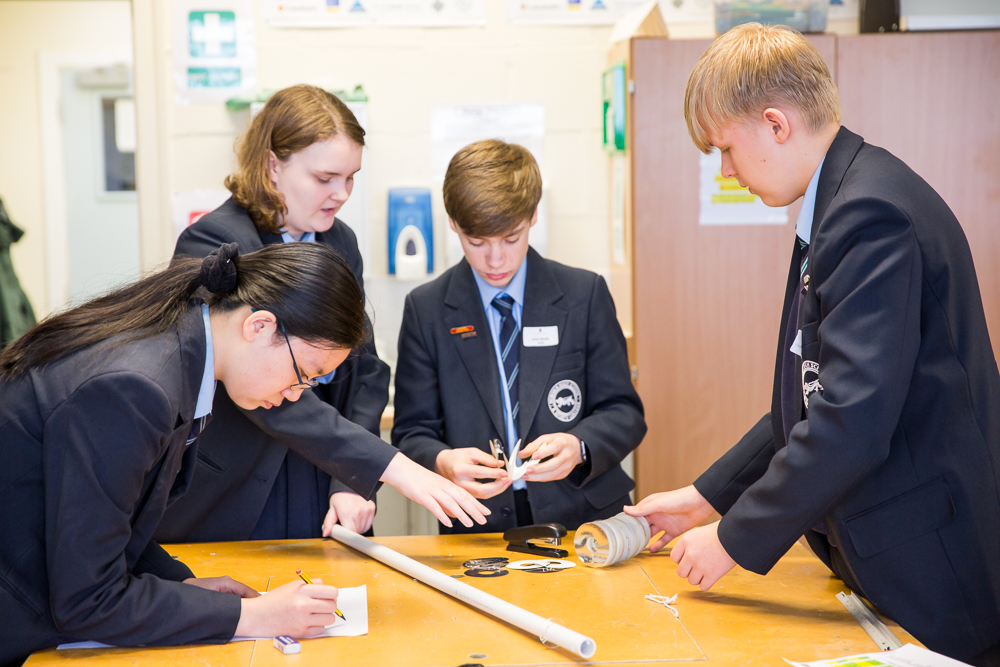 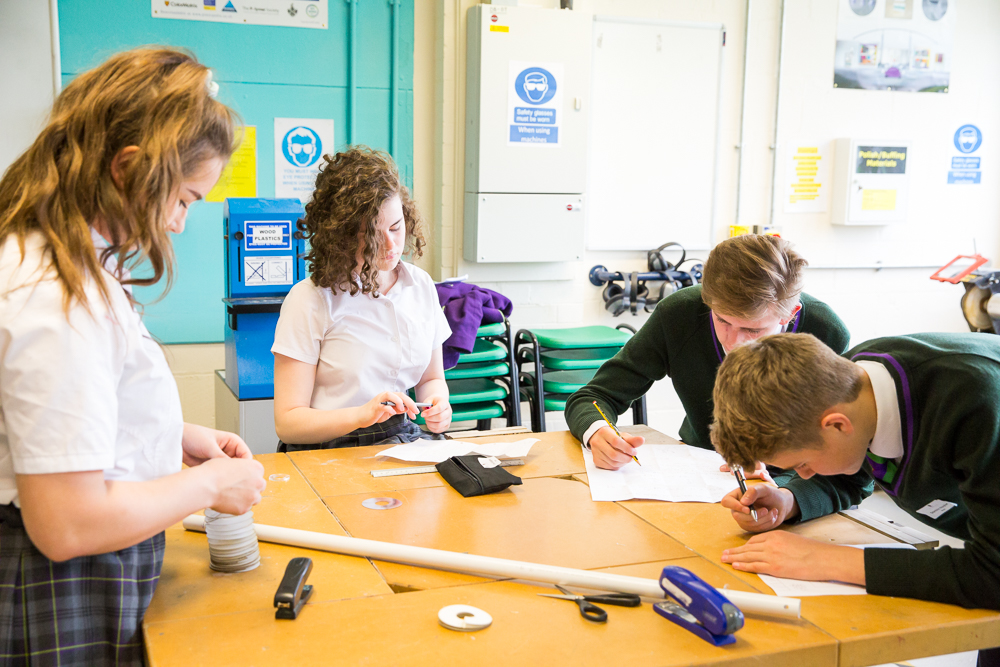 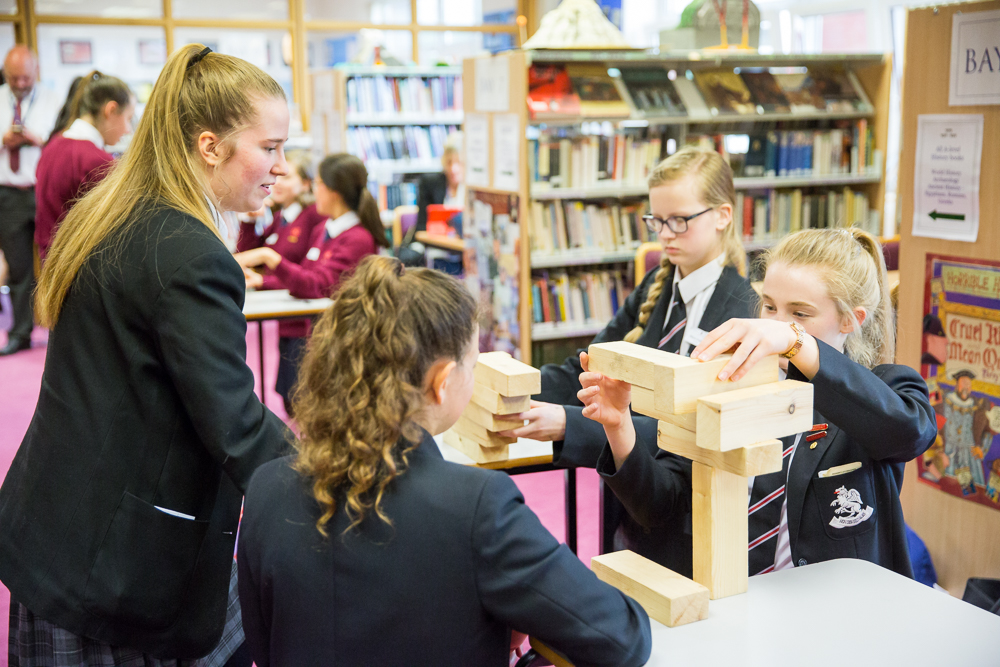 Task 3 – Physics – Bridge Building – Using nothing but wooden blocks to build a bridge, the pupils had to, through trial and error, test the theory of balancing objects on the centre of their mass.

Task 4 – Biology – Given seven different solutions and using only food tests, students had to identify what each solution contained and these could be a single or mix of elements. In the second task they were shown electron micrographs of cells and organells from which they then had to identify the cells and calculate the magnification. In the final test pupils were given model organs of the body and had to identify each one. 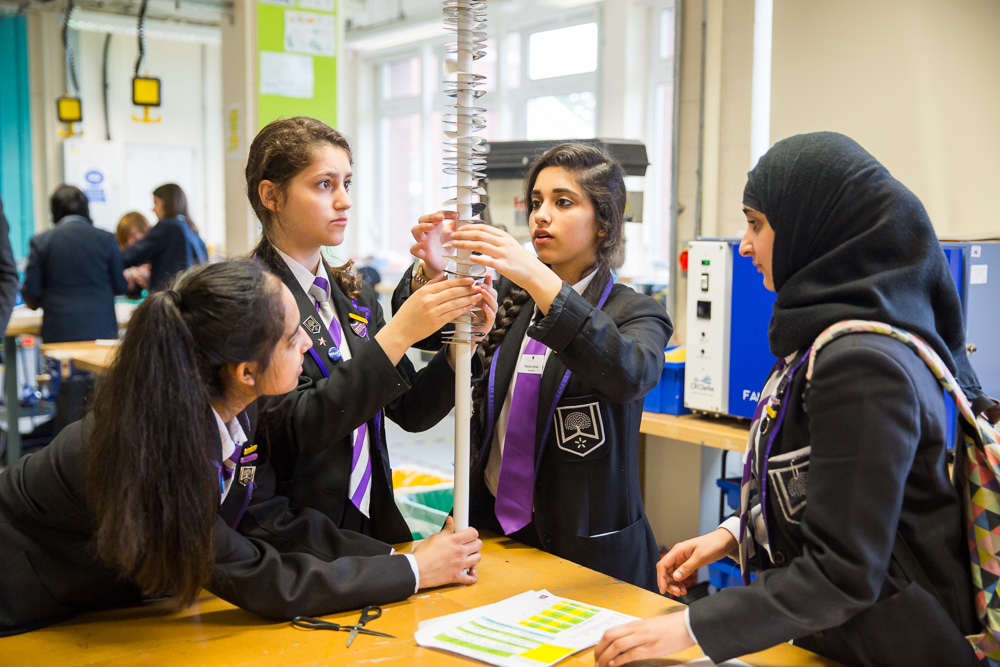 The results were calculated and then all of the teams and staff were invited back into the Theatre to find out the winners of each category; Biology, Physics, Chemistry and Technology as well as the overall winner of the first STEM 10 Challenge Day.

The winners of each category were: 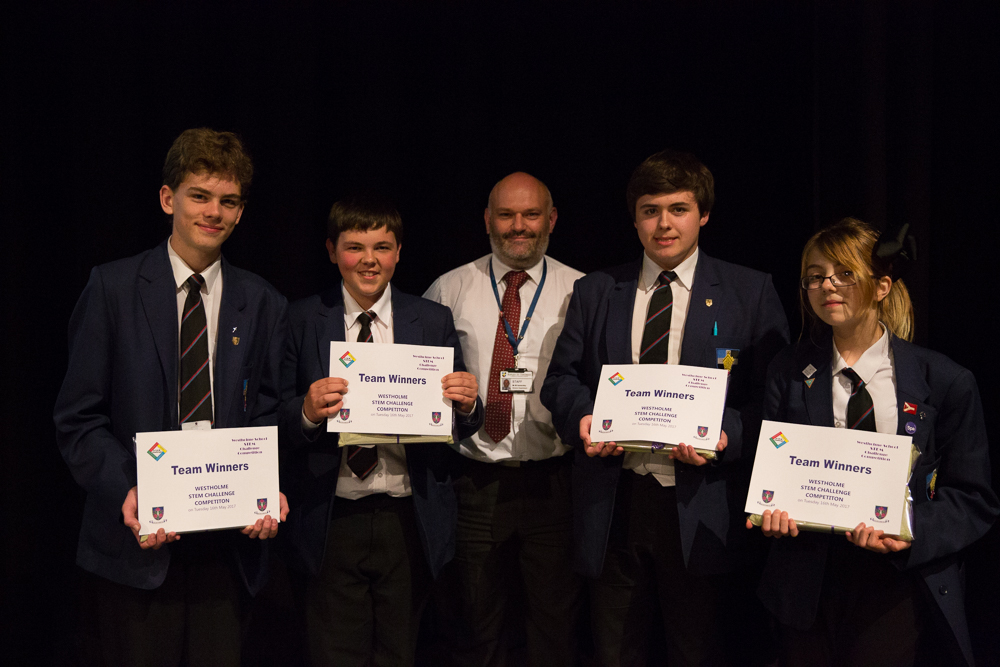 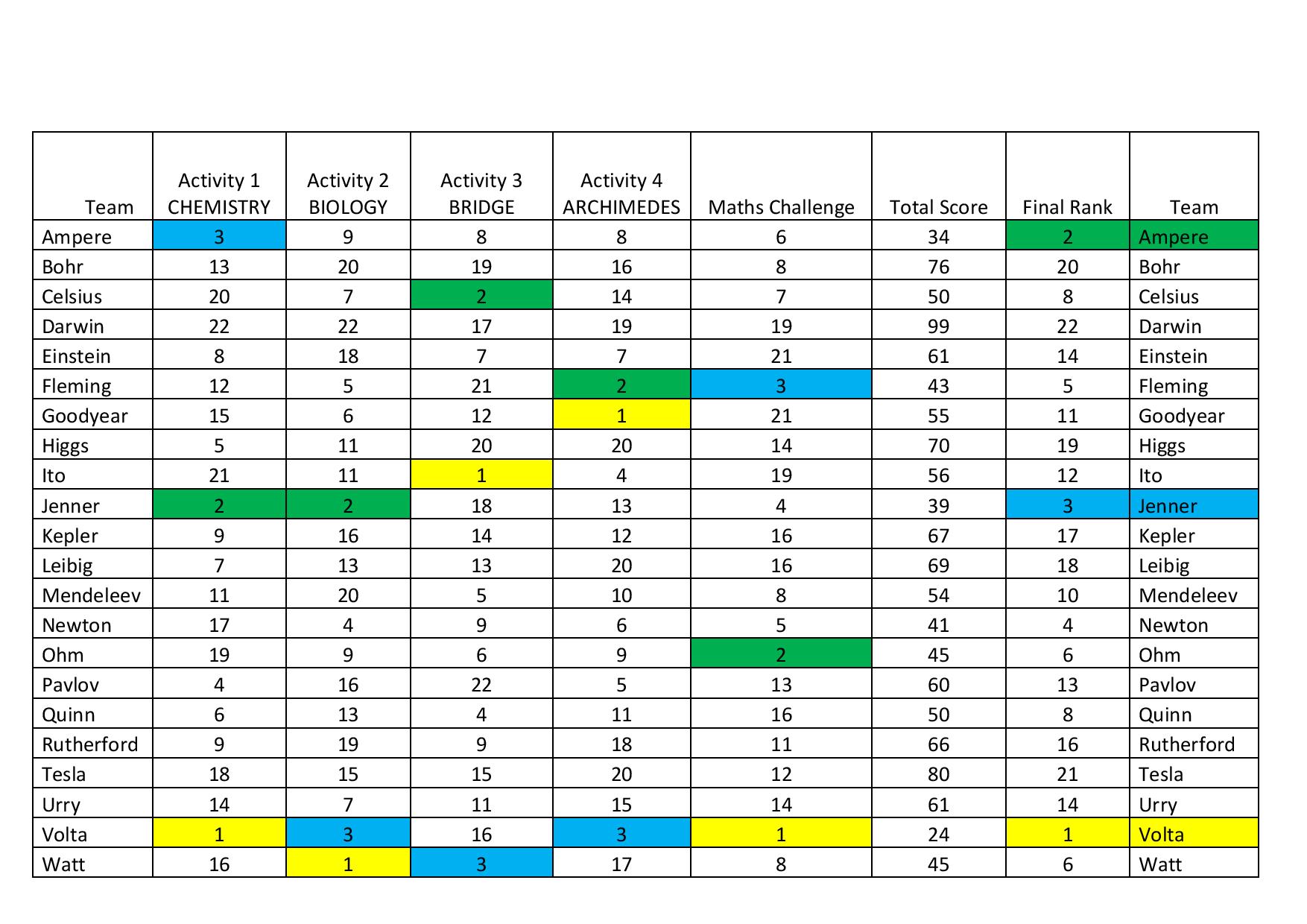 We look forward to welcoming schools to the Year 5 STEM Challenge Day on Tuesday 6th June.

Please take at a look at the gallery here for more images from the day.