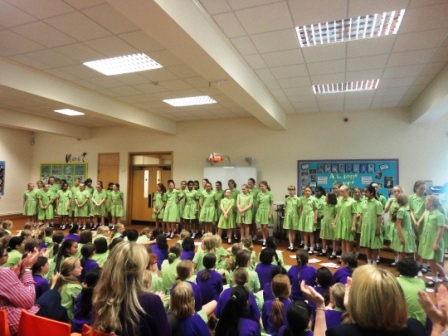 The Year 6 class of 2011 said a fond farewell to their friends and teachers at Beardwood Bank. The celebration began with a few words from Mrs Laverick.

Next, the girls presented a ‘Beardwood Bank Alphabet’ to their audience, which was very entertaining. ‘A’ was for AMBITIOUS – a word many of the girls were familiar with after their four years at Beardwood Bank. The letter ‘K’ represented the KITCHEN STAFF, who they thanked for all the lovely dinners they had prepared for them – one girl even pointed out that the lunches at school were sometimes better than the ones at home! 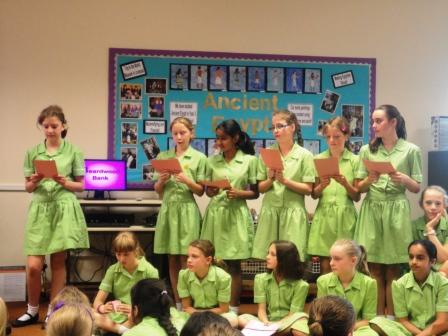 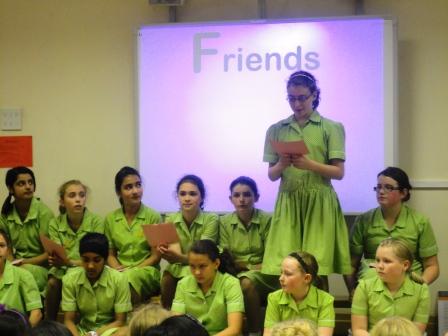 ‘T’ was for TEACHERS, and there was no doubt that all of Year 6 were extremely thankful for everything their teachers had done for them. As the end of the alphabet approached, the audience discovered that the letter ‘Y’ was for YOUNG. This was represented by them singing a song aptly named ‘We are the YOUNG’. Many people reached for the tissues (girls included) as the realisation set in that they would be leaving Beardwood Bank and moving onto pastures new. 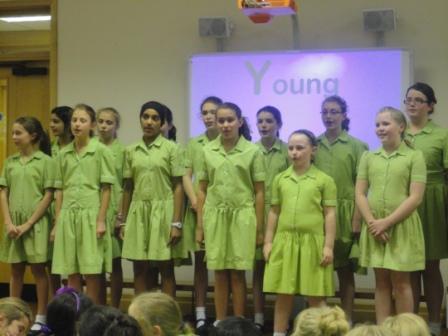 Finally, Mrs Laverick thanked everyone – parents, staff and of course Year 6 for the many memories they have left her with.

Good Luck for the future girls!