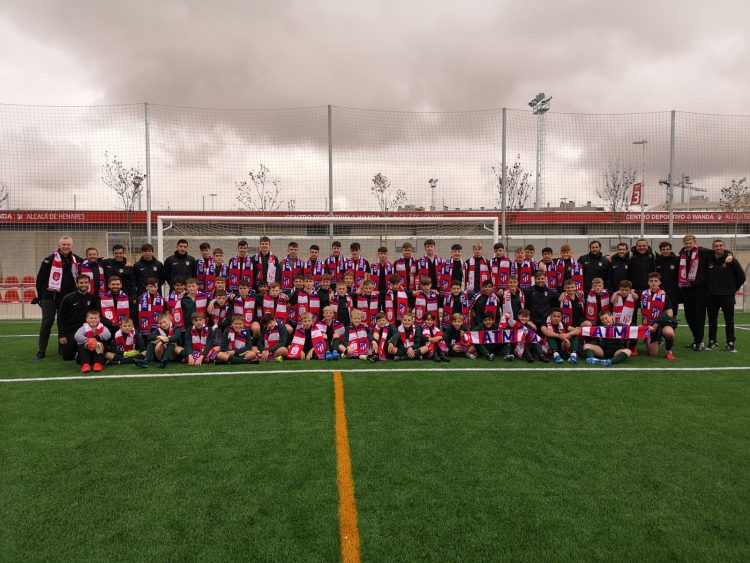 Our Senior students have once again had an incredible time on annual Boys’ Sports Tour in Madrid.
Whilst in Madrid we experienced three professional training sessions at the outstanding Real Madrid first team training complex. The sessions, delivered by the academy coaches, put the boys through their paces and set us up for our first round of matches. The U16 & U13 played Alovera at their academy base, the U15 played under floodlights versus Union Deportivo San Sebastián de Los Reyes and the U14 took on the Collegio Montfort School.

Plenty of goals were scored in the first round of matches with the pick of the bunch being Charlie Moore’s 25-yard half-volley sending the travelling supporters crazy in the stands. Before the second round of fixtures we trained at Athletico’s brand new training facility. Nine academy coaches explained their academy philosophy through sessions, which looked to develop our ball skills, thinking skills and game play skills.

The second round of matches were against Villanueva de la Torre and Azuqueca de Henares. All games were fiercely contested but none more so than the U16’s who pulled on the Westholme Jersey for the honour of England. The match was a great advert for English football; fast paced and precise. Westholme won the contest 5-1 with Freddie Pickford scoring a hat-trick.

The trip was a fantastic opportunity for boys to experience the life of professional footballer and develop their own skills and understanding in an environment that will inspire the boys to continue their learning of the beautiful game.